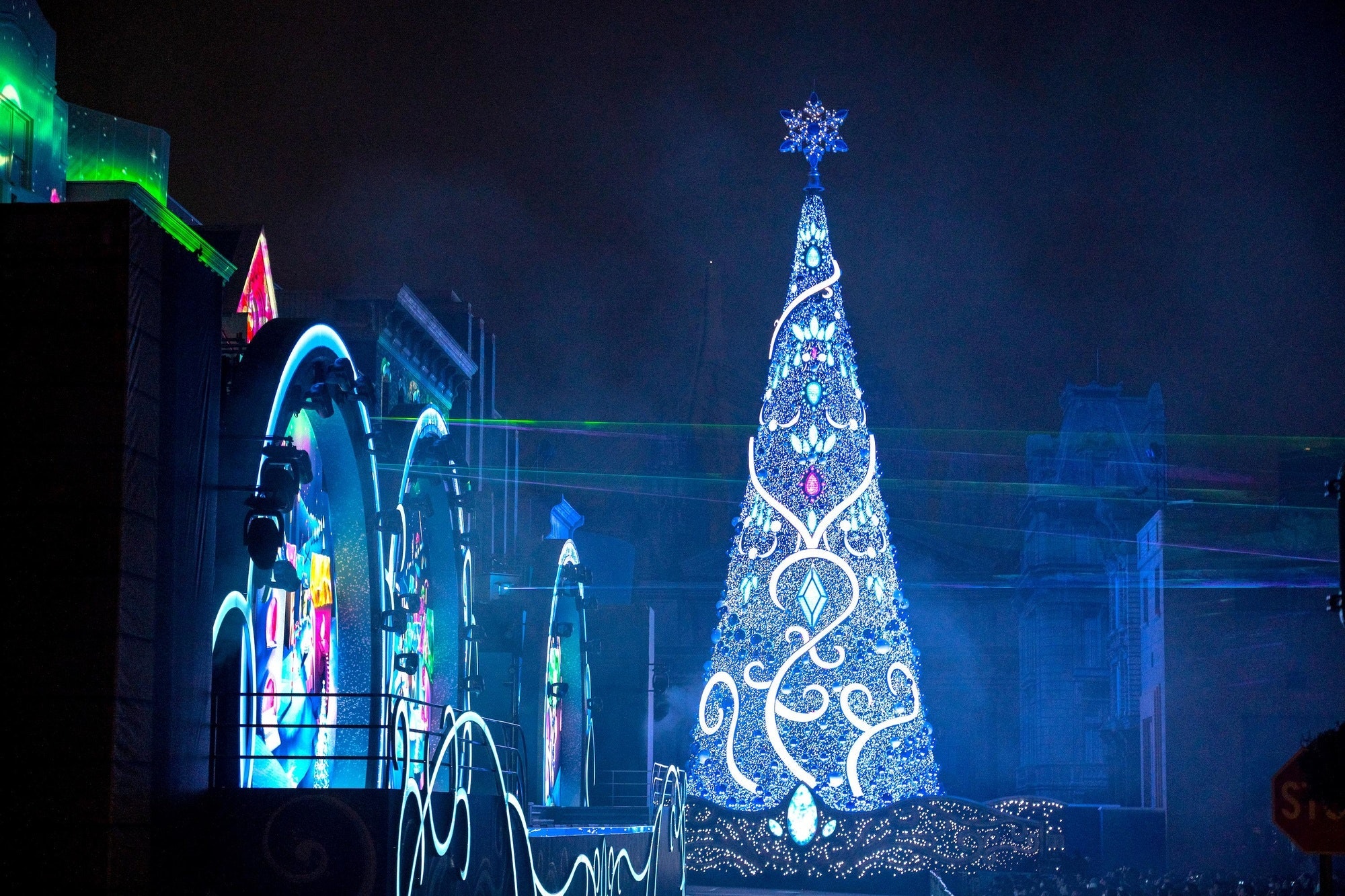 The number of illuminations and the snow crystal shape ornament displayed on this Christmas tree, which has been officially recognized in the Guinness Book of World Records, are magnificent.
Please admire the beauty of this wondrous Christmas tree.

In winter of 2019, Universal Studios Japan organized the Christmas event from November 14, 2019 to January 13, 2020.
Kanjani 8, a famous Japanese idol group was appointed as the ambassadors of the event.

During this event, there was the new live show called “ The Crystal Promise “ instead of “The voice of an angel” that had been performed in the 2018 Christmas show.
You can see this live show in this video (0:09).

Also you shouldn’t miss the Yellow Christmas held concurrently in the Minion Park, and the limited-time Christmas goods to be sold.
Everyone loves USJ's Christmas events, but keep in mind that the waiting time for events or attractions may be longer than usual if the park is crowded.

What Kind of Theme Park Is Universal Studios Japan?

USJ is the famous theme park where you can experience Hollywood movies produced by Steven Spilelberg!
According to the Trip Advisor, Universal Studios Japan ranks among the top theme parks in Japan such as "Tokyo Disney Land" and "Tokyo Disney Sea."

Universal Studios Japan has various types of attractions such as Jurassic Park or Gramercy Park in several areas including New York or San Francisco.
Everyone is looking forward to the new Nintendo area to be opened in 2020 where visitors can experience the world of Super Mario Brothers."

There are too many attractions as well as eating places and souvenir shops in the park to be covered by a day trip. You can visit the Universal Studios Japan by overnight or a day trip and enjoy this theme park in any way you choose.

Summary of Christmas Displays and Events at Universal Studios Japan

You can find how wonderful Christmas at Universal Studios Japan is just by watching this 1 minute video.

If you want to create unforgettable memories during Christmas, we recommend going and seeing the awesome tree and events that USJ has to offer!