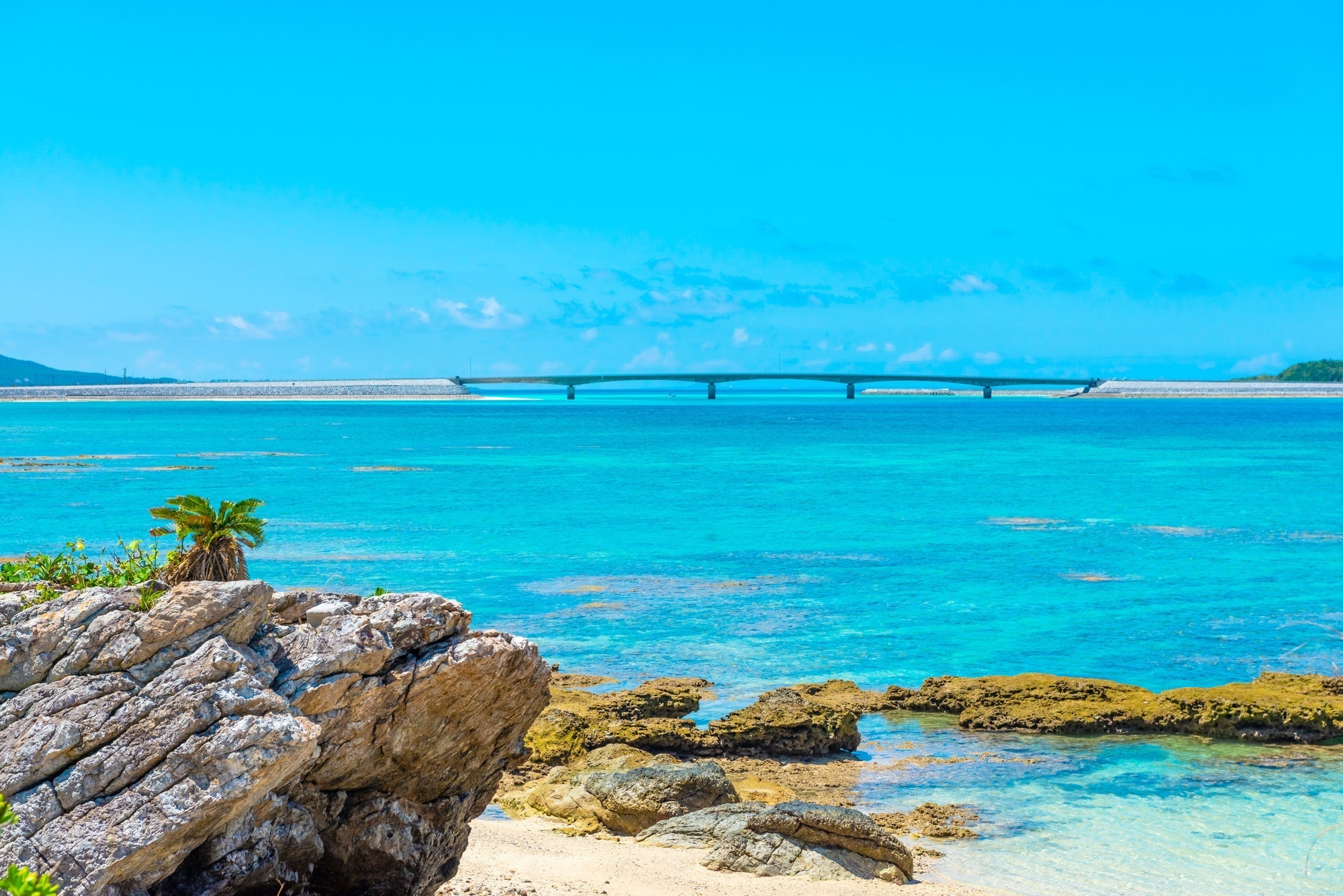 As you can see in the video, Iheya Island has a beautiful cobalt blue ocean that you would never expect to find in Japan.

A Look at Iheya Island

Iheya Island is a long, narrow island located approximately 41 km north of the main island of Motobu, with a population of about 1,400 people including those on Noho Island.
The island has specialties, such as dried fish, hitokuchi brown sugar, Terushi Rice, and Kachiwari brown sugar.

There's also Kitase Rock, Yahe Rock, and a skerry called Erabu Rock around Iheya Island.
"Torazu Rock" is a landmark of the island.
You should visit Koshino Hiramatsu, Nento Hiramatsu and Mt. Kuba too.

Things To Do on Iheya Island

Unfortunately, it's somewhat difficult to reach Iheya Island.
You have to go from Naha Airport, on the main island of Okinawa, to Nakijin, and then take a ferry for 80 minutes.
Because of that, there are not so many tourists, which means you can enjoy the natural scenery all to yourself!

As you can see from 1:17 in the video, you can enjoy "Iheya Blue," a clear, blue sea, different from the main island of Okinawa.
There are several hotels and restaurants on the island, so you can stay overnight as well as take a day trip, and there are buses running around the island, so as long as you check the bus schedules it's not so bad.

Iheya Island has beautiful beaches where you can feel the refreshing sea breeze.

Check out the time schedule for the ferry, as well as prices and information about tides when you visit the amazing resort, Iheya Island!