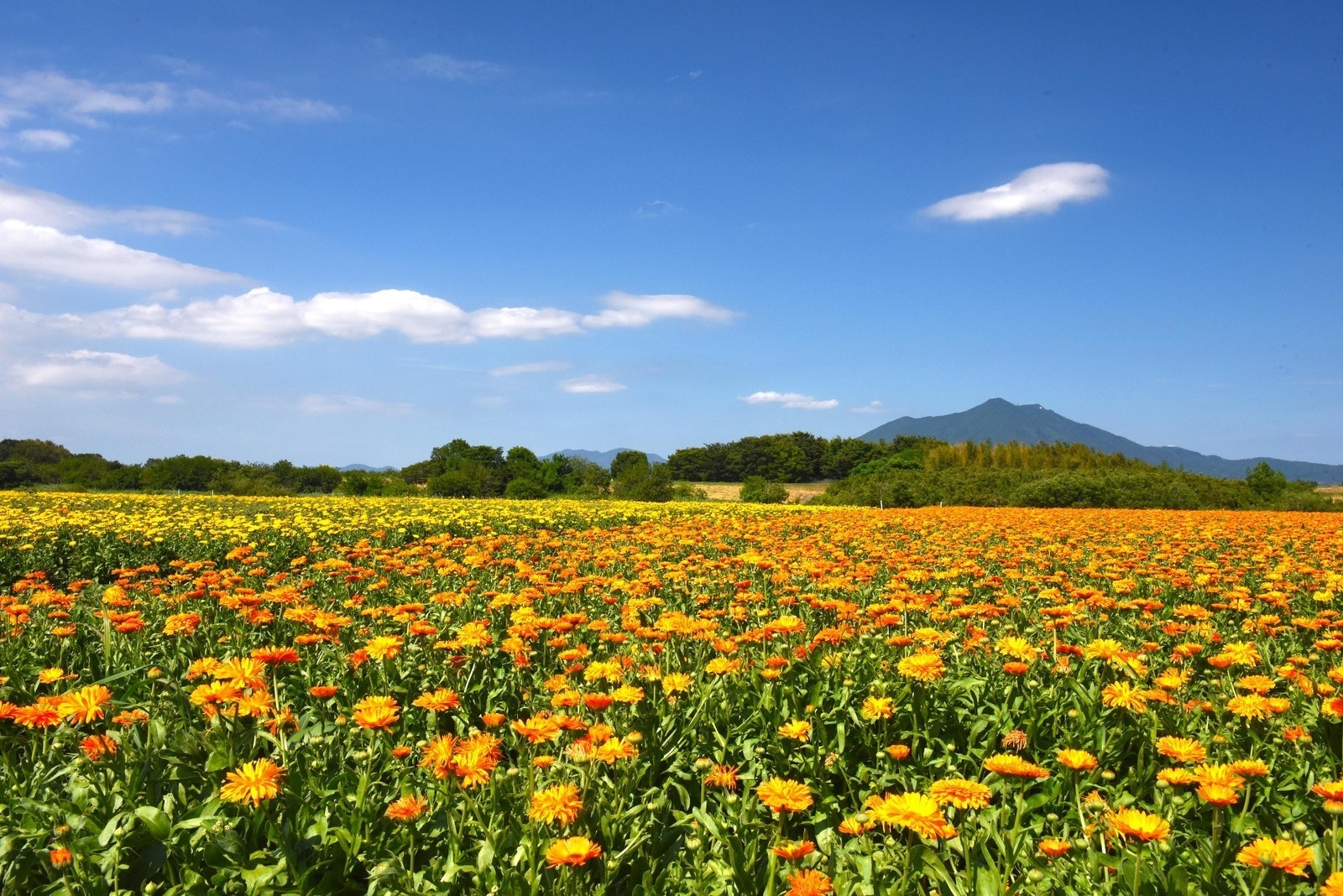 In this article, we introduce the video "Shimotsuma City PR Video Digest 2019 Version" (下妻市PRビデオダイジェスト2019Ver.), produced by the "Shimotsuma City PR Video Library" (下妻市PR映像ライブラリー).
Shimotsuma has a population of 41,964 (as of October 2019).
It's a city full of attractive sightseeing areas and lively events.
If you book a stay at one of Shimotsuma Onsen’s (しもつま温泉, Shimotsuma onsen) ryokans or hotels, you can take your time exploring the city.
Let’s take a look at the attractive sightseeing destinations and events in Shimotsuma!

If you're planning a trip to Shimotsuma City in Ibaraki Prefecture, you should take time to admire the beautiful flowers, including rape blossoms, hydrangeas and poppies at the Flower Zone.
You can get some amazing pictures here for your Instagram, so don't forget to bring your camera!
Furthermore, the large zelkova tree at Muryoin Temple (無量院, Muryo-in), as well as the Holly Planted by Myoku (明空御手植の柊, Myoku o-teue no hiiragi) are particularly beautiful.

Besides that, there are also other famous, yet hidden gems, such as Yakuoji Temple (薬王寺, Yakuo-ji), Komyoji Temple (光明寺, Komyo-ji), Rinnoji Temple (林翁寺, Rinno-ji), Fuji-jinja Shrine (富士神社, Fuji-jinja), Muneto-jinja Shrine (宗任神社, Muneto-jinja), as well as the former home of writer Nakatsuka Tadashi (長塚節生家, Nakatsuka tadashi seika).
A car race at Tsukuba Circuit is shown at 0:24 in the video, a bouldering experience at 0:37, and a canoeing experience is shown from 1:33. Be sure to try these activities when you visit!

The Tabanka Festival (タバンカ祭, Tabanka-sai), also known as the Taimatsu Festival (松明祭, taimatsu-sai), held every year in September at Daihohachimangu Shrine of Shimotsuma (大宝八幡宮, Daihohachimangu), which can be seen at 1:42 in the video, is a popular fire festival that attracts attention as one of Japan's "bizarre festivals."
Furthermore, a hydrangea festival is held at the shrine at the beginning of every summer.
With a procession of horses and mikoshi palanquins (渡御, mikoshi), this is an exciting event for all.

At 0:56 in the video, Shimotsuma’s delicious cuisine is introduced.

If you go on a trip to Shimotsuma, you can purchase fresh vegetables, seafood, and local beer, as well as have a taste of the city’s famed natto and pears at the Shimotsuma Rest Area (道の駅しもつま, Michi-no-eki shimotsuma).
For lunch, enjoy a delicious bowl of local ramen!

Shimotsuma, Ibaraki is a charming area that has begun to gain popularity in recent years.
Its local character is Shimon-chan, and is designed after the great purple emperor butterfly.

The various shopping areas such as Aeon Mall are convenient for both tourists and locals.
If this article/video piqued your interest, do take the chance to visit Shimotsuma, Ibaraki!