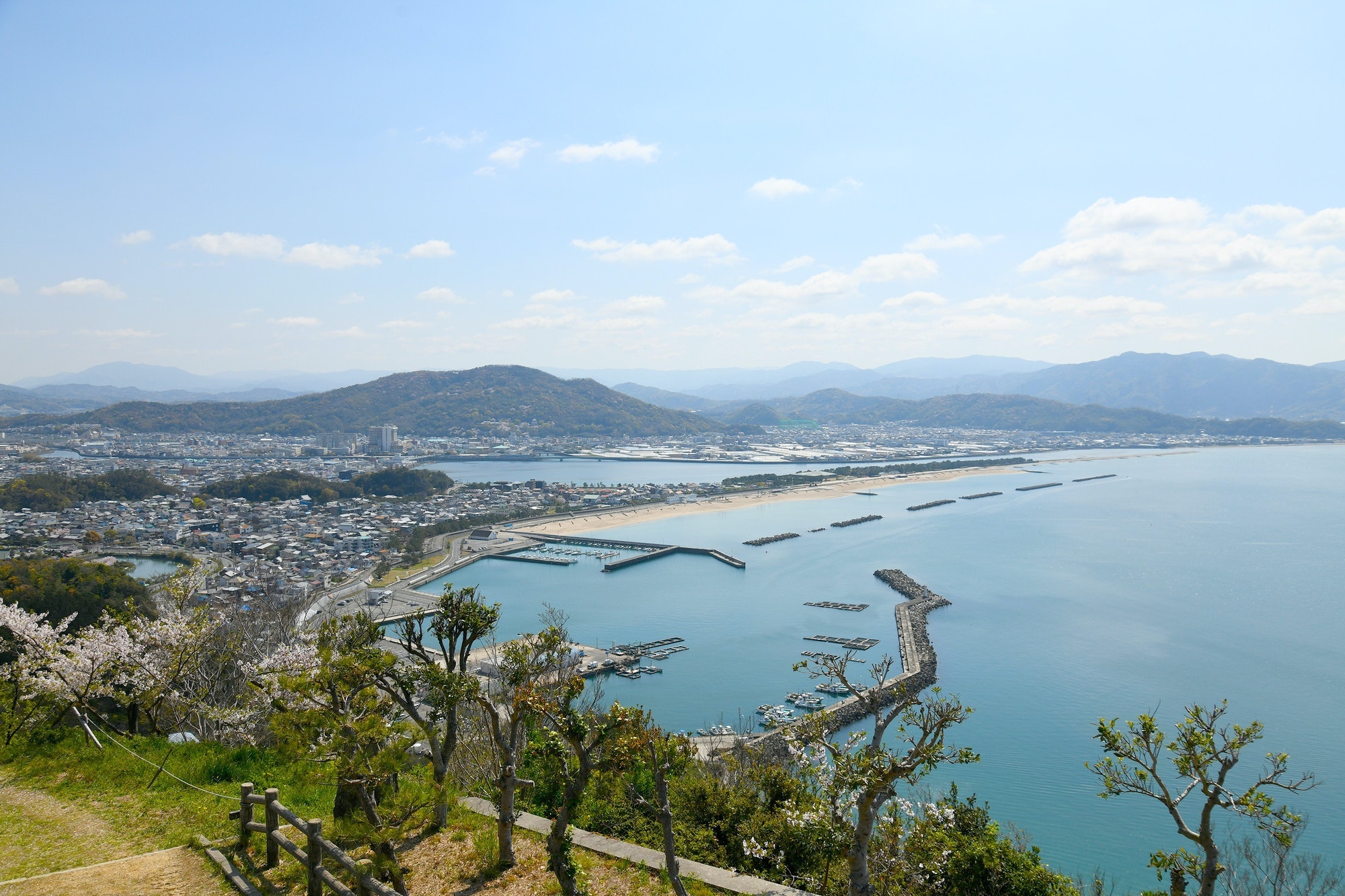 Introducing the Charm of Wakanoura in Wakayama City, Wakayama Prefecture

Wakanoura is a place with magnificent views and is a general term for scenic places located in the southwestern part of Wakayama City in the northern part of Wakayama Prefecture in Japan's Kansai region.
It is a nationally designated scenic spot known for its spectacular views, applied for jointly by Wakayama Prefecture and Kainan City.
It was registered with the Agency for Cultural Affairs as a Japanese asset in 2017.

The official name is Wakanoura, but since it can be read as "Wakaura" in Kanji, local residents sometimes call it "Wakaura."
In this article, we'll introduce Wakanoura alongside the video.

Origin of the Name of Wakanoura

Wakanoura (和歌の浦) was originally spelled "若の浦" (same pronunciation, but different kanji), and when Emperor Shomu came on an imperial visit, Yamabe no Akahito, who accompanied him, wrote in the 919th poem of the Manyoshu Vol.6, "When the tide rolls in at Wakanoura, the mud flats disappear, and the cranes cross to where the reeds grow, all the while singing."

Also, according to the Shoku Nihongi, the area was called "Wakanohama" (弱浜), but it is also stated that Emperor Shomu changed it to "Akanoura" (明光浦) because of the beauty of the landscape in the sun.

1. Wakanoura
Wakanoura, seen from 0:31 in the video, is a scenic spot surrounding Wakanoura Bay in Saikazaki, which centers around the tidal flats that spread out at the mouth of the Waka River and has Kumano Kodo's Fujishirozaka to its south, and the Kii Channel to its west.
The beauty of the scenery has been recited in many poems since ancient times, and it has become a place where many cultural arts are nurtured.
It was also loved by Toyotomi Hideyoshi and successive feudal lords of Kishu.

During the Nara period (710-794 AD), Emperor Shomu was impressed by the scenery changing every moment due to the ebb and flow of the tide, and it's also a famous fact that he ordered the landscape to be preserved for a long time.
The sandbar that stretches across the tidal flat of Wakanoura, separating it from the outside world, is called "Katao Nami" after a famous Waka poem.

3. Imoseyama
Imoseyama is the first of the six rocky mountains that line Tamatsushima, and can be seen from 1:50 in the video.
Yorinobu Tokugawa, the first feudal lord of the Kishu clan, built his legacy on it and built Sandankyo Bridge and Kankaikaku and opened them to the public

4. Wakanoura Tenmangu Shrine
Wakanoura Temmangu Shrine, sits atop Mt. Tenjin, which is the innermost part of the cove, and can be seen from 2:12 in the video. Mbr< It enshrines the god of literature as the guardian of Wakanoura.

6. Takanosu / Saikazaki
You can see a view that displays both ruggedness and beauty.
It changes with the ebb and flow of the tide, and you'll be able to enjoy a constantly changing view.

Wakanoura has majestic and beautiful natural scenery that has also been selected as a Japan Heritage.
Many Japanese people and foreign travelers come to visit this place, as it is also a well-known sightseeing location outside of Japan.

be sure to book a hotel or ryokan (Japanese inn) when planning your sightseeing or trip.
We recommend staying for 1 to 3 days and exploring the area at a leisurely pace.