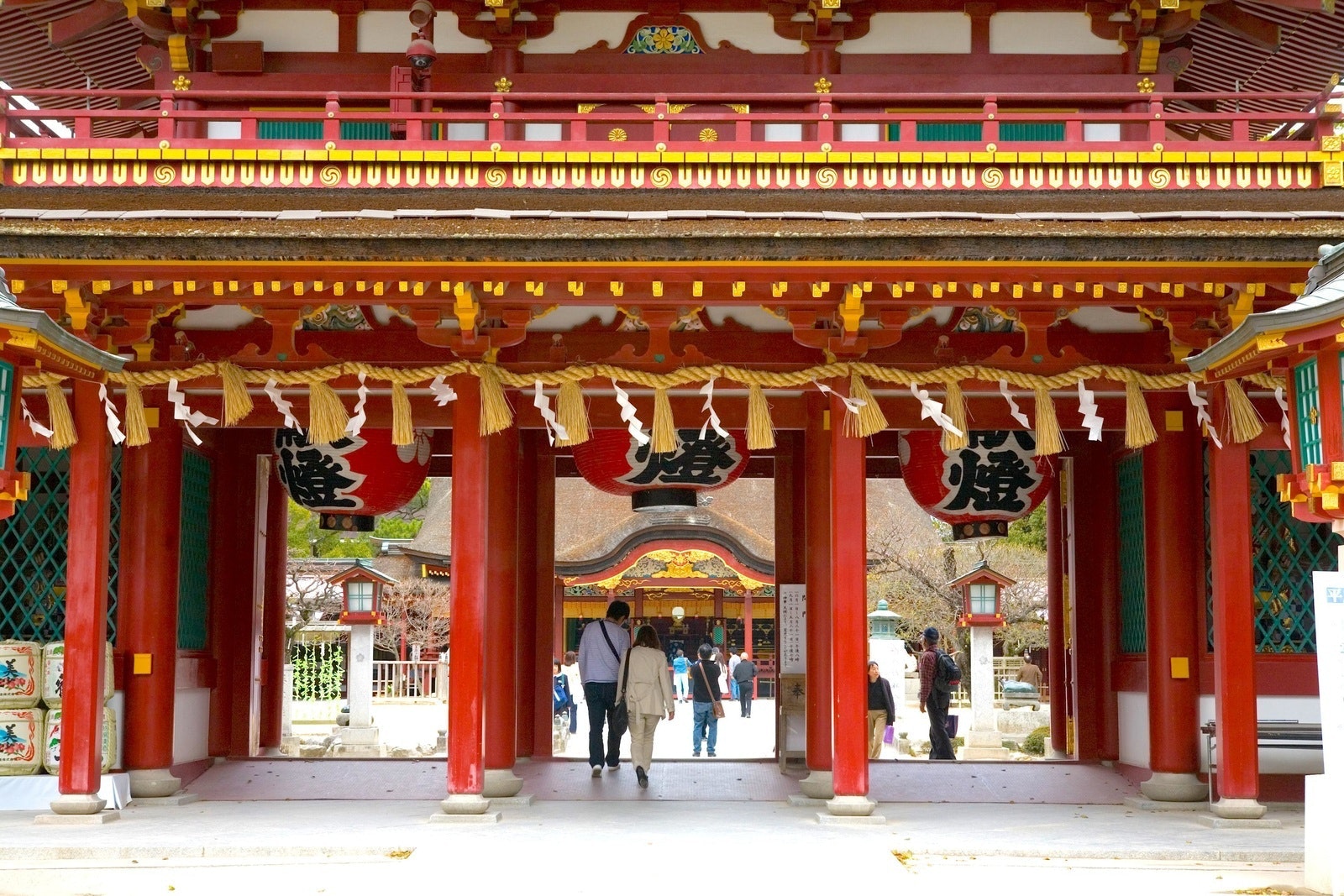 This video is titled “Dazaifu, Japan 4K (Ultra HD) – Dazaifu Autumn Winter.” It shows the scenery of Dazaifu, a popular tourist site in the Kyushu Hakata area, and was created by “egawauemon”.

There are many sightseeing spots in the city of Dazaifu (太宰府市), Fukuoka in Japan's Kyushu region, including Dazaifu Tenmangu Shrine, where Sugawara no Michizane is honored as a deity.
Visit fascinating landmarks such as the historic sites of the ancient city Dazaifu and famous shrines and temples.

The video introduces sightseeing spots, gourmet cuisine, and festivals of Dazaifu with beautiful music in beautiful, 4K images.
Enjoy the charm of Dazaifu!

Dazaifu Tenmangu Shrine, the Most Popular Tourist Site in Fukuoka

As one of the most prominent tourist sites in Dazaifu, Fukuoka, you can't afford to miss Dazaifu Tenmangu Shrine.
We'll introduce it in the video, so be sure to follow along!

Many people look to visit the historical locations to receive their shuin stamps.
Many students preparing for their entrance exams come to Dazaifu Tenmangu Shrine as well. The shrine is referred to as Tenjin-san and is home to Michizane Sugawara, the god of academic achievement.
After visiting the shrine, taste popular gourmet Umegae Mochi at the Umegae Mochiya restaurant on the approach to the temple. This is introduced at 1:08 in the video.

We also recommend grabbing a coffee or having lunch at the Starbucks on the approach. It has a traditional design that you won't find outside of Japan.
Access to Dazaifu Tenmangu Shrine is about a 5-minute walk from Nishitetsu Dazaifu Station.
There are many toll parking lots around Dazaifu Tenmangu Shrine, so if you're traveling by car there's no need to worry about parking.

A Tourist Spot Where You Can Learn the History of Dazaifu

There are many places in the Dazaifu area where you can learn about the history and culture of Dazaifu, such as the Kyushu National Museum and the Dazaifu Exhibition Hall.
We also recommend checking out the Dazaifu Government Office ruins.

The origin of the new Japanese era “Reiwa” is “Ume-no-hana no Uta” contained in Japan’s oldest songbook “Manyoshu.”
The Umehana Banquet described in the preface to the song is said to be held in the vicinity of Sakamoto Hachimangu Shrine in Dazaifu, and has been popular with many tourists since the beginning of the new era.

There is also a traditional Dazaifu craft called "Kiuso" that has been handed down from generation to generation in Dazaifu, that depicts a small bird perched in a tree.
The thin feathers are carved out of the wood using a chisel. You can see this at 1:03 in the video.

Also, the festival “Usokae / Onisube Shinji,” designated as an intangible ethnic cultural property, introduced at 1:32 in the video, is one of the three major fire festivals and is a popular festival that many tourists from Dazaifu Tenmangu Shrine visit.

Around the city, there are also many of other famous hidden gems such as Homangu Kamado Shrine, Kaidan-in Temple, and the Ono Castle Ruins, one of the "Japan’s Top 100 Castles."
At Kanzeon-ji Temple, which was opened by Emperor Tenchi, there is a 5-meter-tall Bodhisattva and the oldest hanging bell in Japan.

The Dazaifu area has a lot to offer, so we recommend enjoying lunch or dinner at one of the city's gourmet spots, or staying at a hotel and spending a night or two exploring the city at your leisure.

Summary of the Ancient City, Dazaifu

As introduced in this video, Dazaifu has many tourist sites and gourmet spots besides Dazaifu Tenmangu Shrine.
Be sure to check out the video and decide on a sightseeing route in Dazaifu beforehand to get the most out of your trip.
Take a tour of Dazaifu and learn about the history of the ancient city, explore the tourist routes, and take a stroll through some of the best places to enjoy the natural beauty of the city.