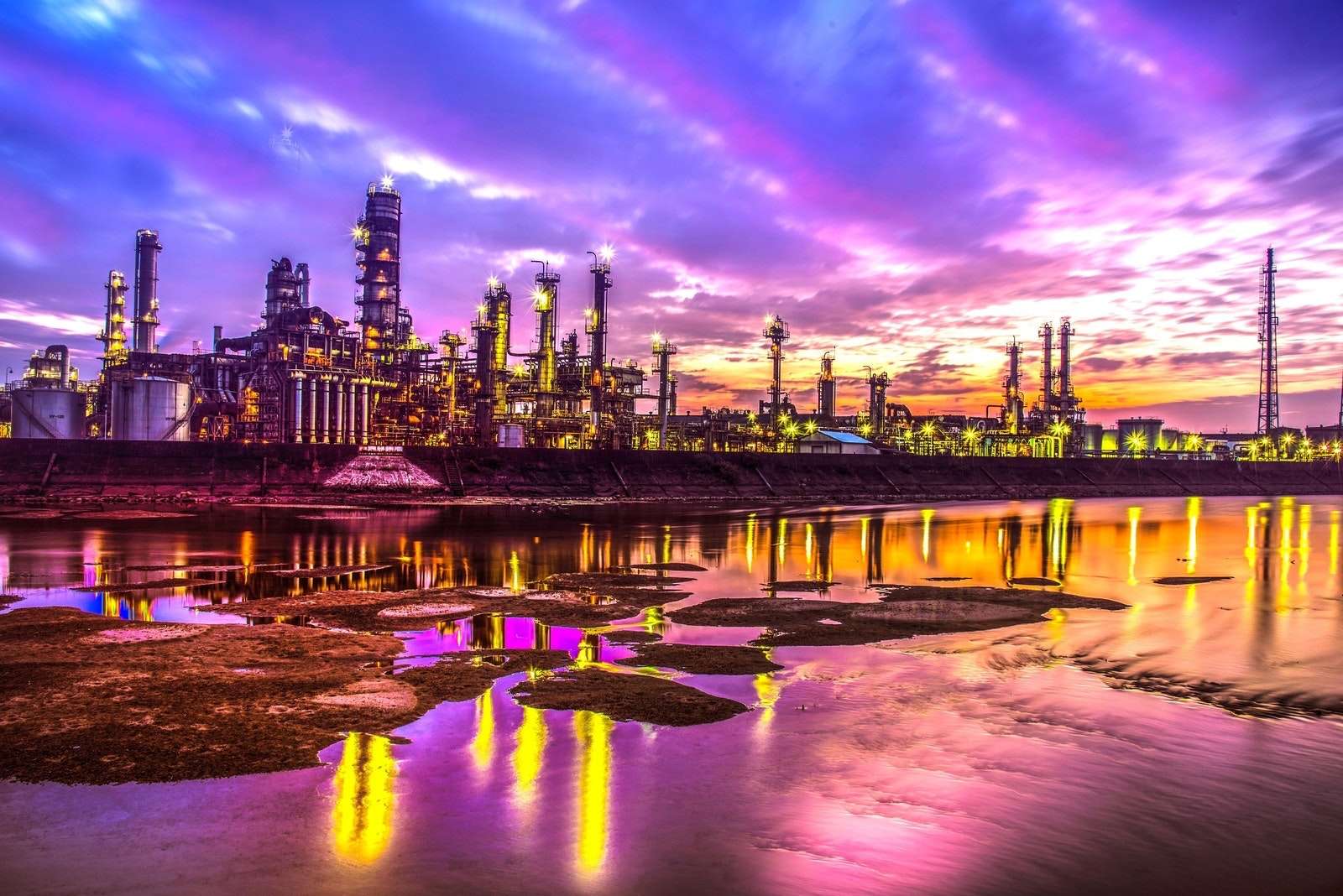 The phrase ‘night view’ would cause many to think of the lights of a town observed from the top of a mountain or an observatory.
However, in recent years, night views of factories have been gaining popularity. So what's all the buzz about?
This video introduces the ‘Night View of Yokkaichi Factories’ with a breathtaking and wondrous movie made using time-lapse footage.

Why Are Nighttime Factories So Popular?

Japan offers a variety of places in which you can observe factories at night across the country.
Yet, the Yokkaichi Industrial Area (四日市工場地帯, Yokkaichi Kojo Chitai) in Mie Prefecture, Kansai Region (関西地方, Kansai Chiho), introduced in the video, is the MECCA of night view factories, due to its spectacular views.

Along the coastline of Yokkaichi sit factories of major corporations, such as factories of Kioxia, one of the leading electric companies in Japan, factories and petrochemical complexes of JSR Corporation, and so on.
The view of the water reflecting the glaring lights of these huge factories is utterly breathtaking.
The fire and smoke billowing from the chimneys is absolutely gorgeous. (Although admittedly probably not great for the environment).

Observe the Night View From ‘Umiterasu 14’

Since there are no high grounds near Yokkaichi Industrial Area, it's difficult to observe the factories at night from up high.
However, ‘Umiterasu 14’, a commercial building located 15-minutes from JR Tomidohama Station by foot, offers an opportunity for a spectacular view of Yokkaichi factories from above. Pop in the lift inside the building and enjoy the beautiful landscape from the paid area on the 14th floor.
But, be careful because the observatory in ‘Umiterasu 14’ closes at 5 pm on weekdays. It's open until 9 pm on Fridays and Saturdays, so we recommend visiting during the weekend.

How to Enjoy the Night View of Yokkaichi Factories

Many people visit Yokkaichi Industrial Area for the purpose of taking photos, making it a famous Instagrammable spot.
It's a popular destination for families, solo travelers, and couples alike.
We also recommend joining the cruise tour in which tourists can enjoy the wondrous atmosphere of factories at night from the comfort of a boat.

Summary of the Night View of Yokkaichi Factories

In addition, there are many other spots to observe the factories at night, such as Taisho Bridge (大正橋, Taishobashi), Isozu・Suzuka River (鈴鹿川, Suzukagawa) the nearby estuaries, Tarusaka Park・Hazuyama Green Space (垂坂公園・羽津山緑地, Tarusaka Koen ・ Hazuyama Ryokuchi) and more.
Be sure to visit the must-see Yokkaichi factories at night.
But for now, please enjoy the beauty of the factories through the video as this time-lapse movie does a great job of conveying their charm.