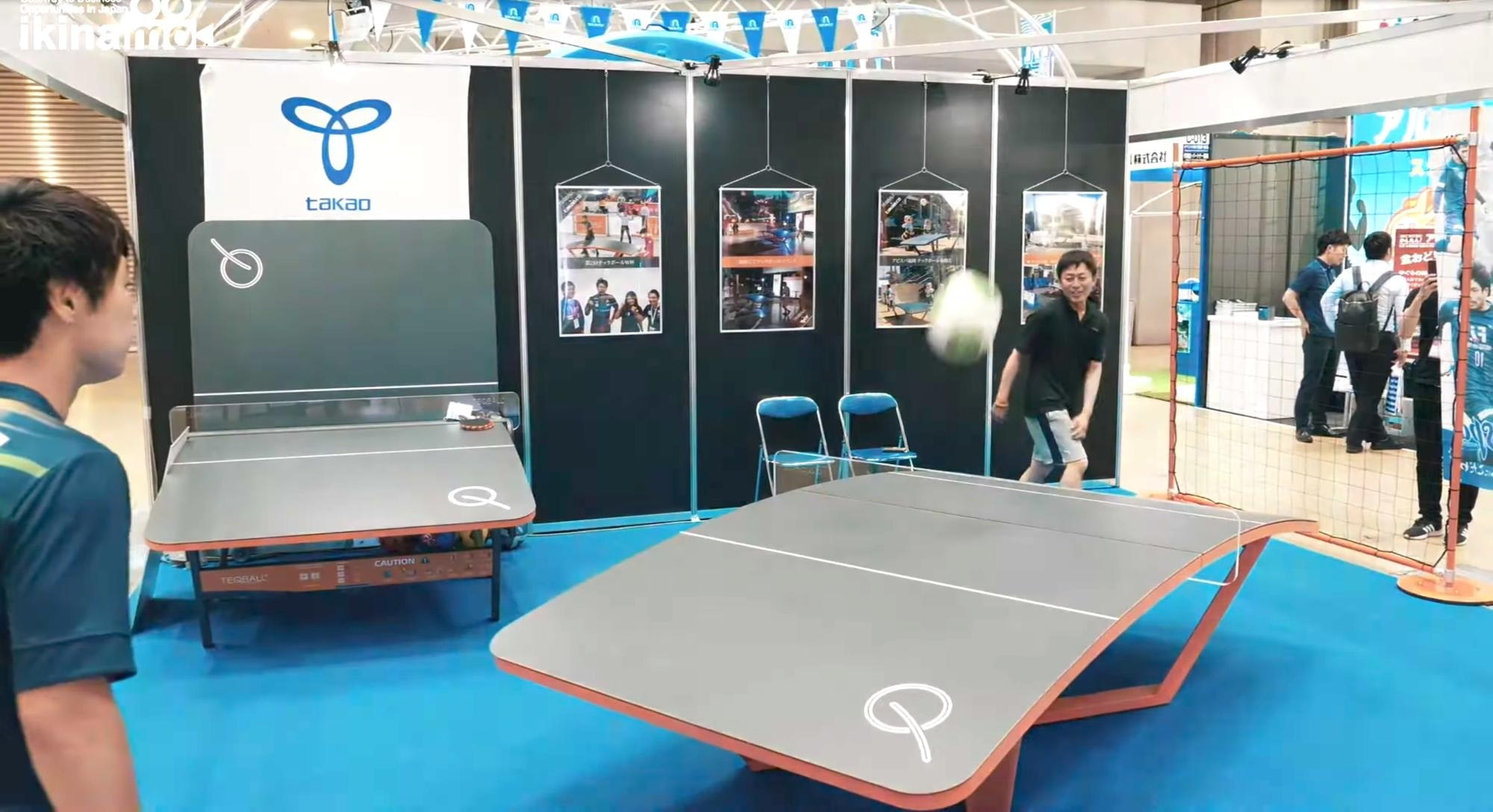 The video this time is "【Soccer × Table Tennis】the New Sport 'Teqball' Gaining Popularity All Over the World" (【サッカー×卓球】世界で人気が高まっている新スポーツ「テックボール」).
It's an introductory video for Teqball, a new sport attracting attention worldwide!

Teqball, shown in the video, is a fusion between soccer and table tennis, using elements from each sport.
Since 2014, the new sport Teqball has slowly increased in numbers, to the point that it had its first World Cup in Hungary, in 2017.
Presently, the popular soccer player Ronaldinho acts as an ambassador for the sport and is receiving a lot of attention worldwide.

The Rules of Teqball

Teqball is a sport that was thought up by a Hungarian soccer player and a computer scientist.
It is a sport that is played in teams of 2 or 3 players, and at 0:27 in the video, you can see the curved table used for the sport, called "Teqball One."
Players use methods such as juggling or headers to hit the ball onto the opponents side.

Teqball has fairly basic rules, such as “The ball must be returned to the opponent’s court after a maximum of 3 touches,” “The ball cannot be touched by the same body part in succession,” and “players cannot touch the Teq board.”
The rules are quite simple and after getting used to the juggle, etc., you can enjoy the sport to its fullest.

In 2017, the Japan Teqball Federation was founded, and at the World Cup in 2017, Japanese players who competed in the doubles division achieved top 8.

At the 2nd World Cup, held in France in 2018, a Japanese competitor placed top 8 in the singles division as well.
The Teqball representatives of Japan are mainly men, but there are female competitors, such as Kanae Sugawara, that are also very active in the sport.

Teqball, introduced in the footage, is a sport with a short history. However, the player base is on the rise.
For those of you looking to challenge yourself with a new sport, or just wanting to try something new, be sure to give Teqball a try!
Unfortunately, Teqball boards can be fairly expensive so it might be difficult to buy one for private use.

Recently, there have been events in which you can experience Teqball in Kyoto or Osaka, so if you're interested, consider participating!