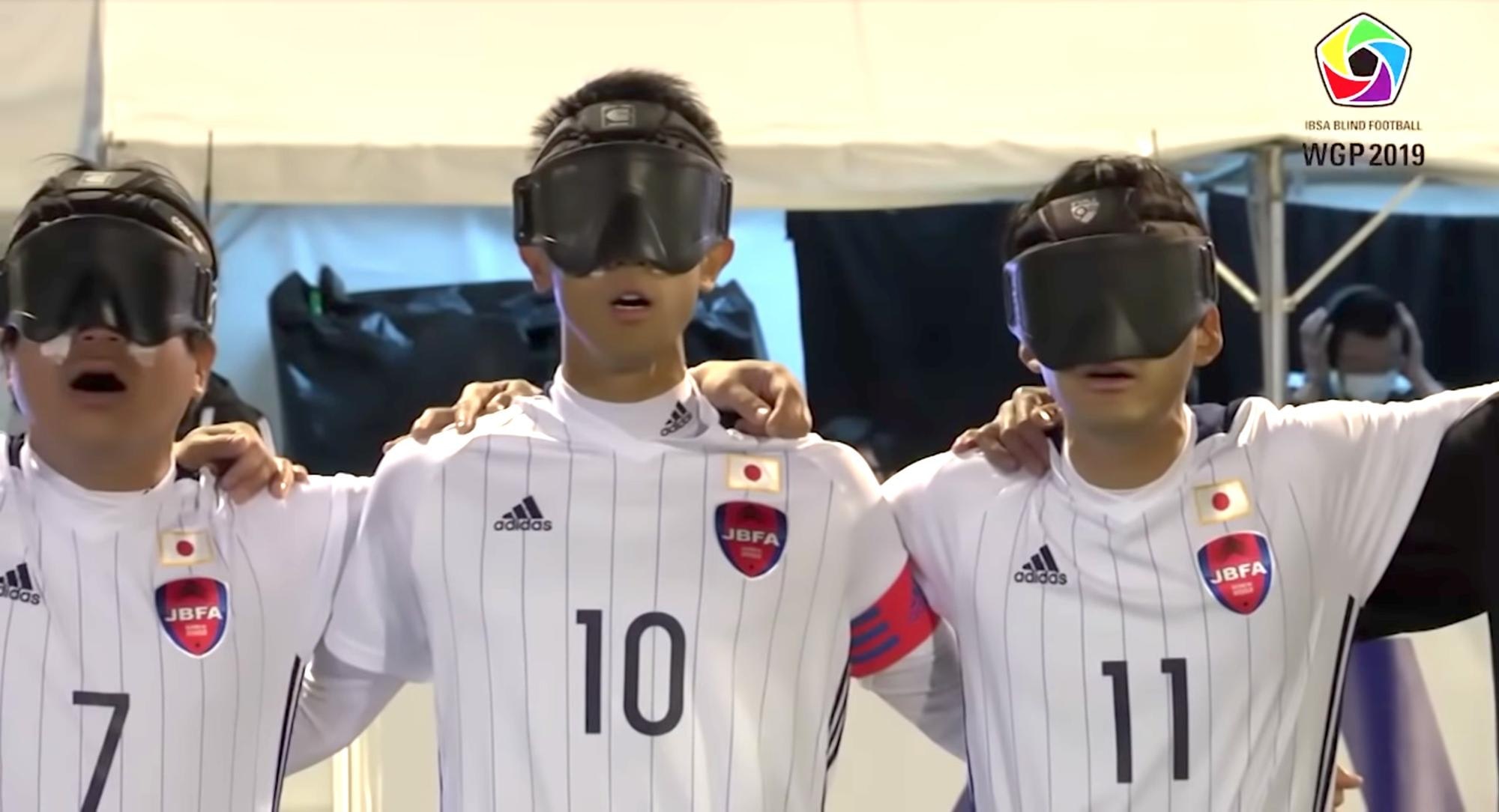 Blind soccer, known as "soccer without sight," is a sport where players wear blindfolds and strive to score a goal with a ball that makes sounds, as well as their own voices to communicate.
It's a bit different than regular soccer, but just as interesting.

In this article, we’ll introduce the appeal of blind soccer alongside the video.

Blind soccer is a 5 member soccer match designed for visually impaired athletes. During the matches players wear blindfolds and head gear to protect their faces.
The sport was established in the early 1980s.

Blind soccer is played in accordance with a modified version of the futsal rules set by FIFA.
The sport is managed by the Japan Blind Football Association (JBFA).

Blind soccer is generally played by players with visual impairment at the level of complete loss of sight.
They play by discerning where the ball is through a bell that rings inside the ball as it moves, and through voice communication.
There is a caller (guide) behind the goals who gives the distance and the angle to the goal. The only exception to the blind players is the keeper who has full sight.
Each game consists of 20-minute halves.
When charging for the ball to defend or going to the sideline for a ball, players shout "Voy!" to prevent collisions.

The World Grand Prix 2019, shown in the video, featured representatives from eight countries around the world.
The Japan National Blind Soccer Team fought hard, beat out Colombia and finishing in 4th place.
In the qualifying round, Japan managed to beat the world No. 4 ranked team, Spain, the winner of the tournament, and other strong teams.

In the game against Colombia in the video, Japan conceded the first goal of the match at 0:48, but managed to tie it up at 1:14, and turn the tables just before the end of the game at 2:48.

You can watch the heated match between Japan and Colombia in the video.
The video is a fascinating look at blind soccer and its fierce athletes, so be sure to check it out!