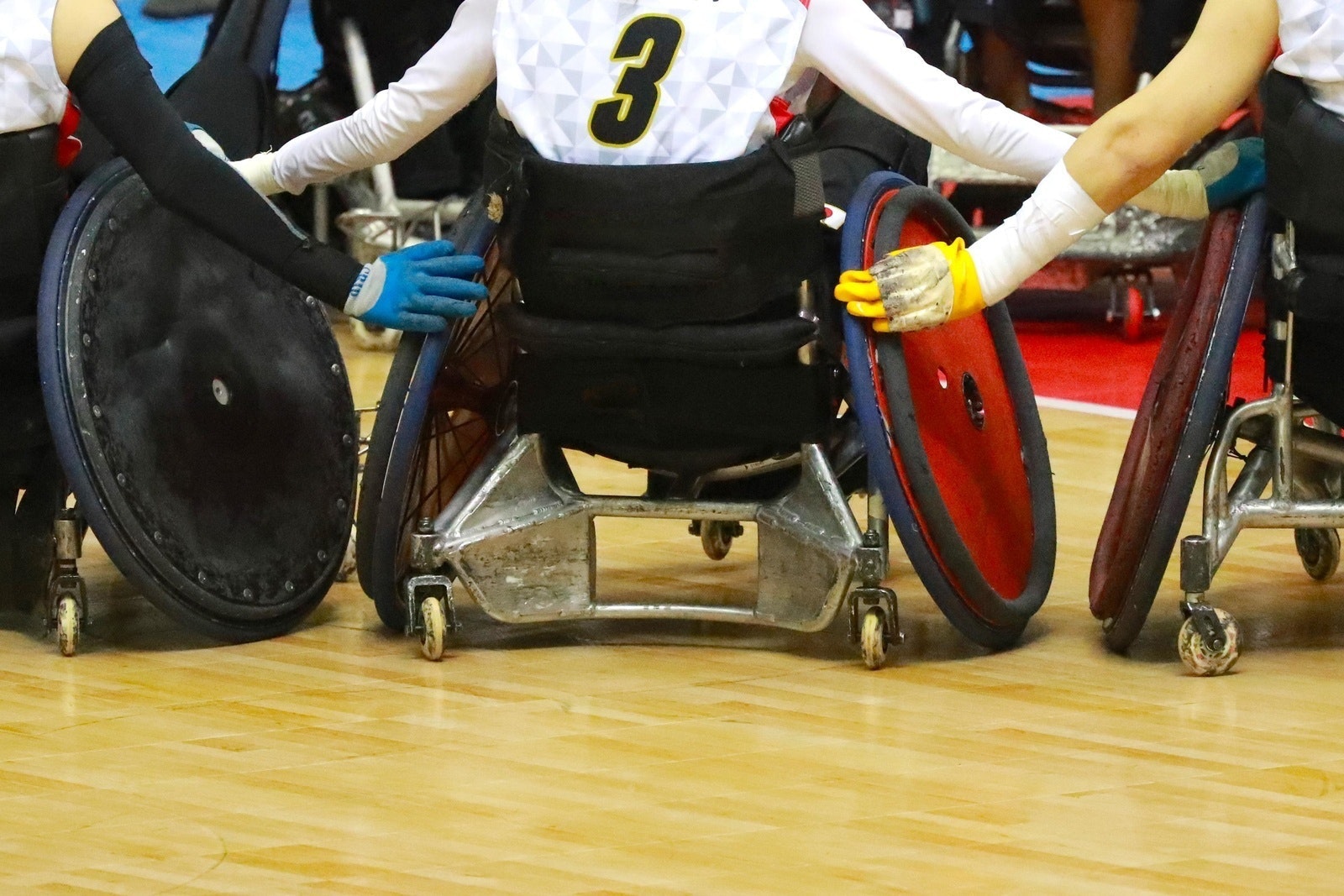 Wheelchair rugby is the only game where wheelchairs are allowed to crash against each other, leading to fast paced, dynamic matches, which makes it an indispensable addition to the Paralympics.
This article will explain the thrill of wheelchair rugby, with the help of the video.

Wheelchair rugby, is a chance for those with impaired movement to enjoy the popular sport.
It was created in Canada in 1977 for paraplegic athletes, and is a popular sport in Europe.
Since it is for impaired athletes, and because of the clashes between wheelchairs, it is sometimes referred to as “quad rugby” or “murder ball".

One of the most distinctive features of wheelchair rugby, is the rule that allows for tackling between wheelchairs. This leads to violent bodily contact just like in the original game.
You can see many plays like this from 0:31 in the video.
Big crashing sounds ring out through the venue.

It was chosen as an official Paralympic game in the 2020 Sydney Paralympics, and has continued to gain recognition throughout the world.

As seen in the video, the ball used in wheelchair rugby is round; different from the oval ball used in normal rugby.
It was developed based on a size 5 volleyball.
During the game, players advance up the field with the ball on their laps.
Those without legs use a wheelchair called a Rug car which has a special ball rest installed on it.

Japan's national wheelchair rugby team took home bronze at the 2016 Rio Paralympics, and at the World Championship in 2018, they won gold, placing them at No. 1 in the world.

During the 2019 Rugby World cup in Japan, the “World Wheelchair Rugby Challenge 2019” was held among the 8 strongest countries for 5 days at the Tokyo Metropolitan Gymnasium.
As predicted by the IWRF (International Wheelchair Rugby Federation) world rankings, the games were fierce and Japan managed to place 3rd.
By the 2015 Asia-Oceania Championship, Japan had won medals at 7 out of the 8 games, cementing their place as Asia's representative team.

The Japan national wheelchair rugby team achieved great things during their international matches, and placed 3rd in the overall world rankings. They have been doing a great job!
Two popular players are Kurahashi Kae, and Sugano Motoki.

A wheelchair rugby game is 4 on 4 and uses specially designed wheelchairs.
Players advance by dribbling or passing the ball. Crossing over the opponents try line at the ends of the field will score points.

Like wheelchair basketball, there is a rule for choosing players.
Each team has a certain amount of points.
The points are based on each individual player's level of disability.
The total points need to be within the allotted amount.
For the field, a basketball court is used, and offense and defense is fast paced and thrilling to watch.

The video “Wheelchair Rugby ‘PR MOVIE’” by “The Nippon Foundation Paralympic Support Center” introduces the fire of wheelchair rugby, a sport for disabled.

If you're familiar with, and enjoy watching rugby, we recommend giving wheelchair rugby a watch!
It is an official Paralympic game that will be held in the Tokyo Paralympics as well, so please check it out.