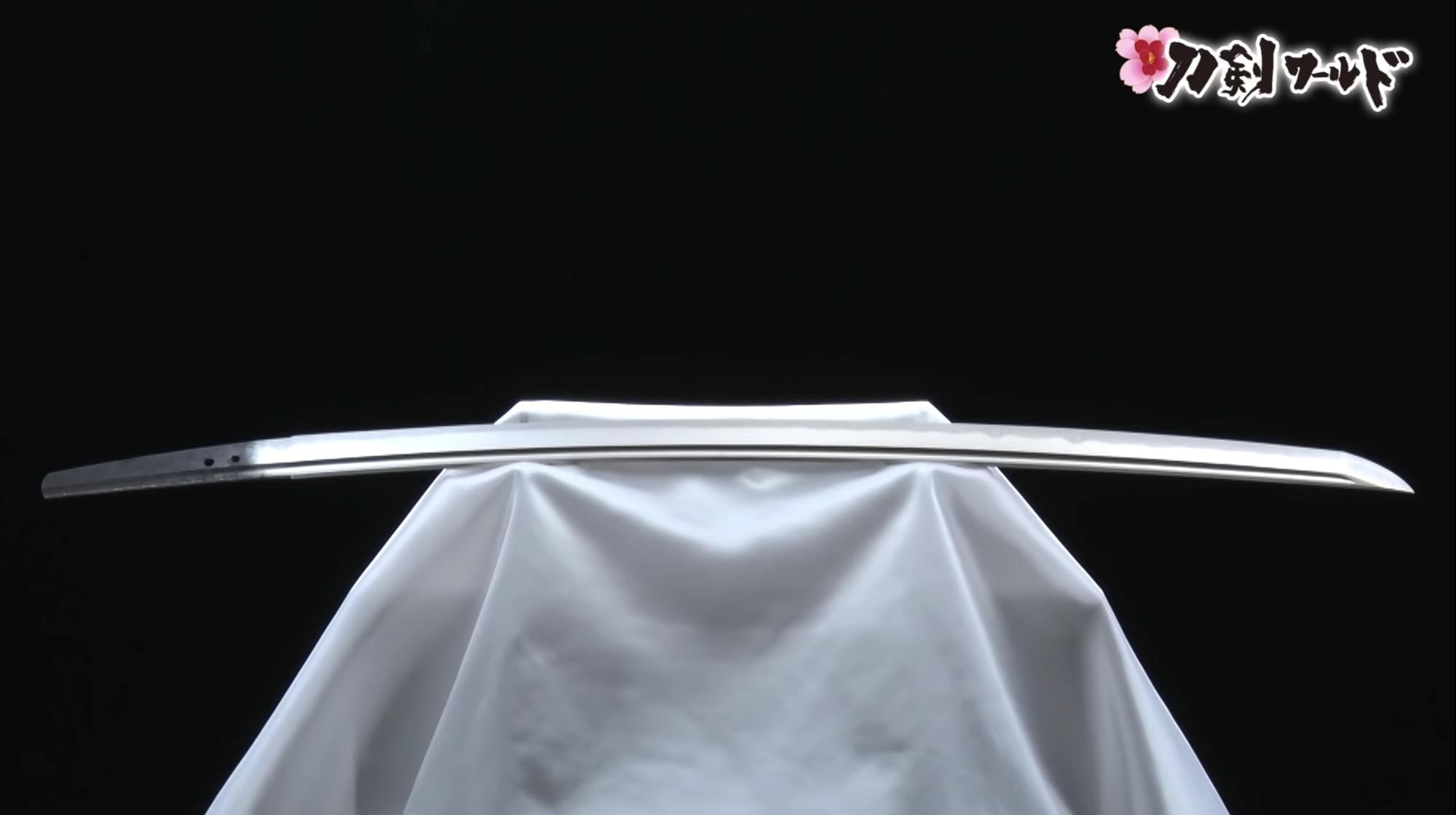 The sword shown in this video is an inscriptionless sword said to be attributed to Masamune, which is said to have been made in the early years of the Nanboku-cho period.
It is said to have been worn by Emperor Komei​, the father of Emperor Meiji, and has a stylish look to it.
Masamune, who is said to have made this sword, learned the techniques as a pupil of Shintogo Kunimitsu, the most famous swordsmith in Kamakura, and created a masterpiece that expresses the essence of the Soshu den Style of swordsmithing.
These master swords, with their elegant brilliance, are made with the wisdom of the swordsmith.
We invite you to take a closer look at these beautiful swords.