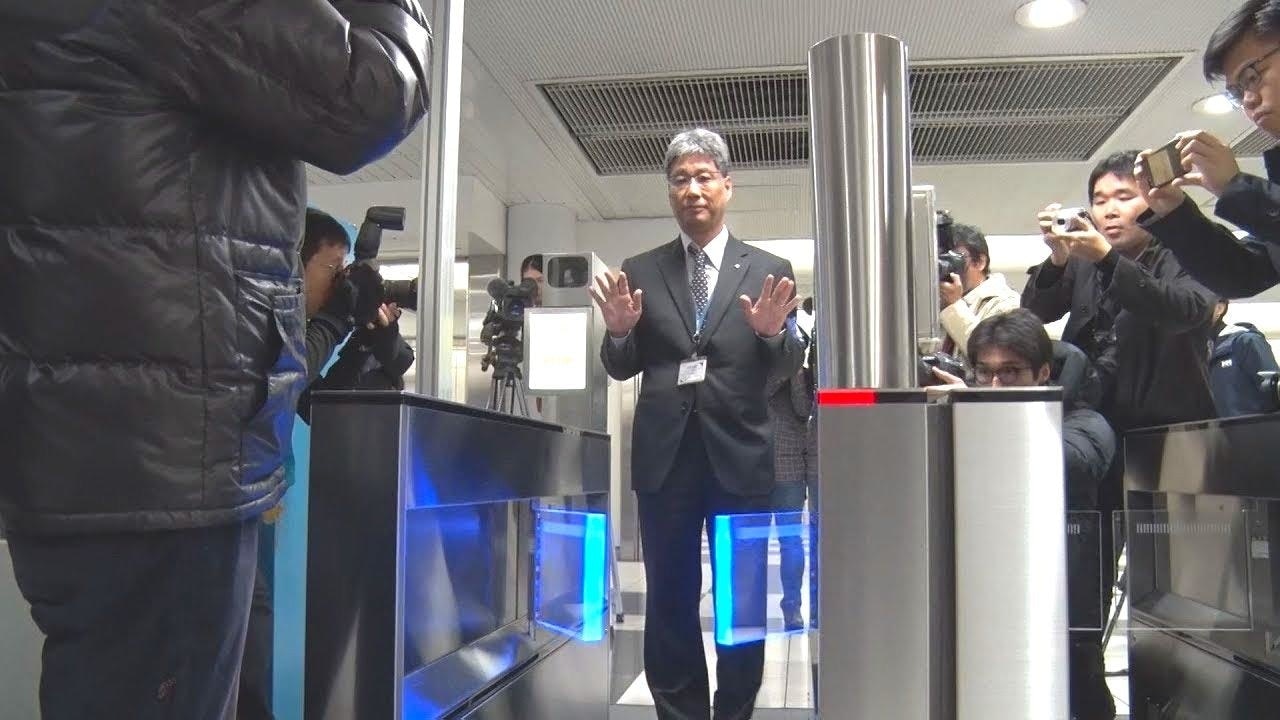 In December 2019, Osaka Metro released information of the next generation facial recognition ticket gates.
By registering your faces photo data in advance, you can pass through ticket gates with facial recognition without using the conventional tickets and IC cards, which is an amazing technology.
In the video, you can see Japan’s cutting edge technology. Please enjoy.

Osaka Metro installed the test ticket gate at the Dome-mae Chiyozaki Station on the Nagahori Tsurumi-ryokuchi Line in Osaka City’s west ward, and demonstrated its use before the media.
As seen from 0:07 in the video, there are cameras set at the ticket gates, and these cameras recognize people’s faces passing through the gate, and the gate immediately opens.

If people don’t need to take out tickets and IC cards, they can use stations without stress even when carrying heavy luggage or shopping bags.
You can see in the video from 1:18 a passenger carrying big bags on both hands passing through the gate smoothly.

This system is only a system using facial recognition technology, so if you are wearing masks and hats it leads to matching failure, and the gates don’t open.
From now on, they will brush up the technology to improve on the ease of use for passengers.

These days, many technologies have become wide spread, such as cashless payments and QR codes.
It can be said that these facial recognition ticket gates are one of these shifts toward the next-generation.