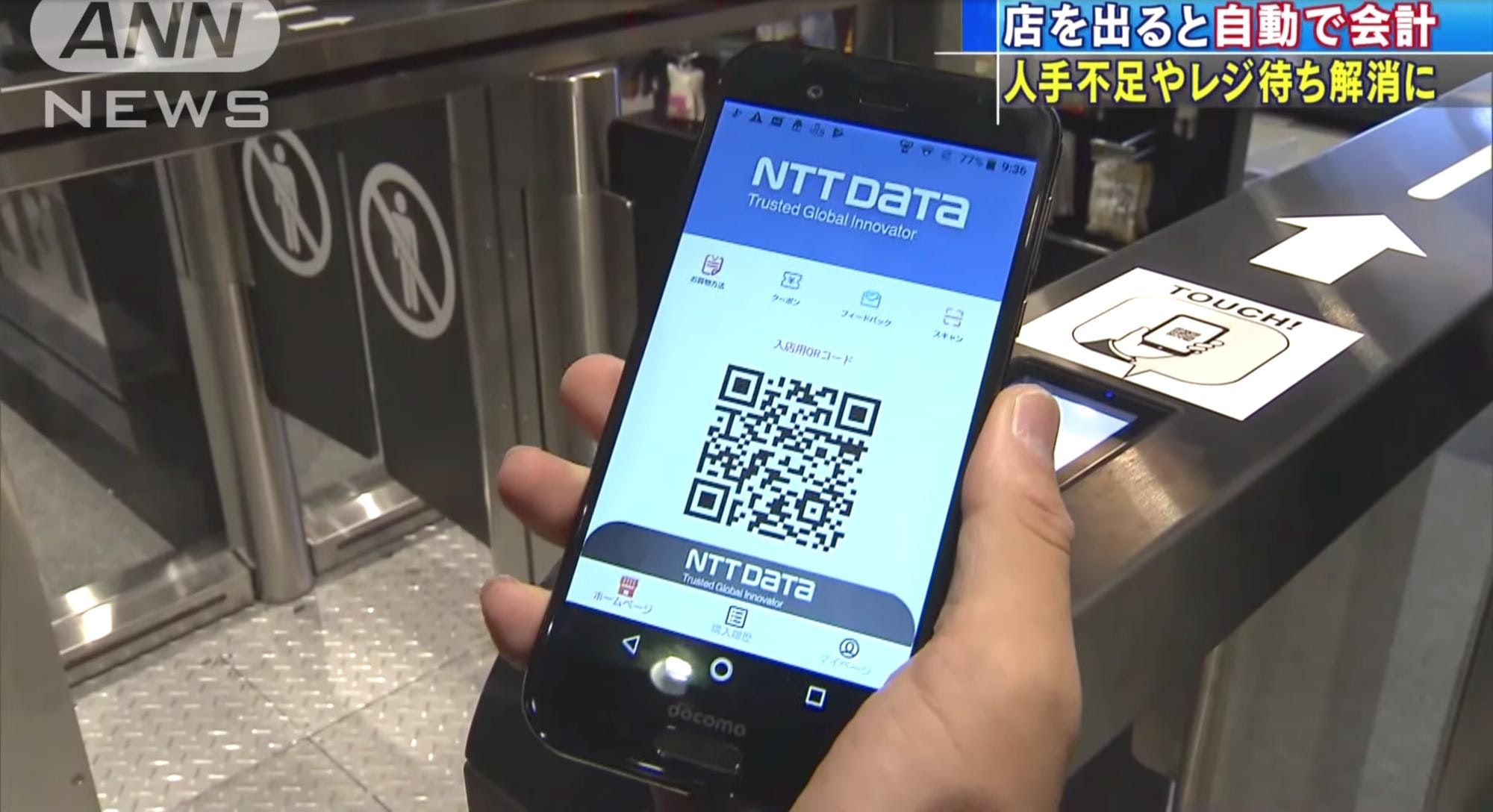 Convenience Stores With No Cashiers!

This video is titled "Convenience Store's Without a Cashier. Automatic Transactions as You Leave the Store" (レジなしコンビニ 店を出ると自動で会計).
Until now, paying at the checkout counter was standard procedure.

However, in recent years, a number of systems have been developed that allow customers to pay for their purchases automatically.
One such system was a cashier-less convenience store with an automatic checkout system, which was developed to solve Japan's labor shortage.
Let's take a look at the future of shopping!

Introduced in the video is AQUAIR, a digital business design studio by NTT Data.
According to the video, cameras in the store and weight sensors on the display shelves recognize the items purchased, and once customers pass through the gate, payment is made automatically through a smartphone application.
You can see this demonstrated in the video at 0:16 and 0:44.

The appeal of this system is that items, such as bentos, snacks, drinks, commodities, etc., can be easily purchased by simply scanning the QR Code on the smartphone application through the gate while carrying your items.
To use the cashier-free convenience stores, you need to register with the smartphone app and pre-register your credit card.
The electronic receipt delivery system, shown at 0:47, allows customers to check their purchases.

If the cashier-less convenience store system, like the one introduced in the video, becomes widespread, it's expected to solve Japan's labor shortage and eliminate the congestion caused by waiting at cash registers.

According to the video, NTT Data, the developer of this system, has set a goal of introducing the system to 1,000 stores by March 2023.
NTT DATA is also expected to form a business partnership with Chinese company CloudPick to begin helping domestic retailers open cashier-free stores as franchisees.

In addition to the one shown in the video, an increasing number of stores have begun demonstrations of automatic cash registers and payment systems.
In the case of the cashier-less "Lawson Go" convenience store, a mock-up store was used to demonstrate its operations.
In this demonstration experiment, Fujitsu's multi-biometric payment system makes it possible to shop without the need for a register.

In the United States, a test store of the cashier-less "AmazonGo" is already in operation.

The self-checkout system, which was once considered revolutionary, has become extremely popular in Japan and can now be found in many stores across the country.

In the future, we can expect to see more and more convenience stores, drugstores, and supermarkets with cashier-less systems, as well as convenience stores with facial and biometric recognition systems like the one introduced in this video.