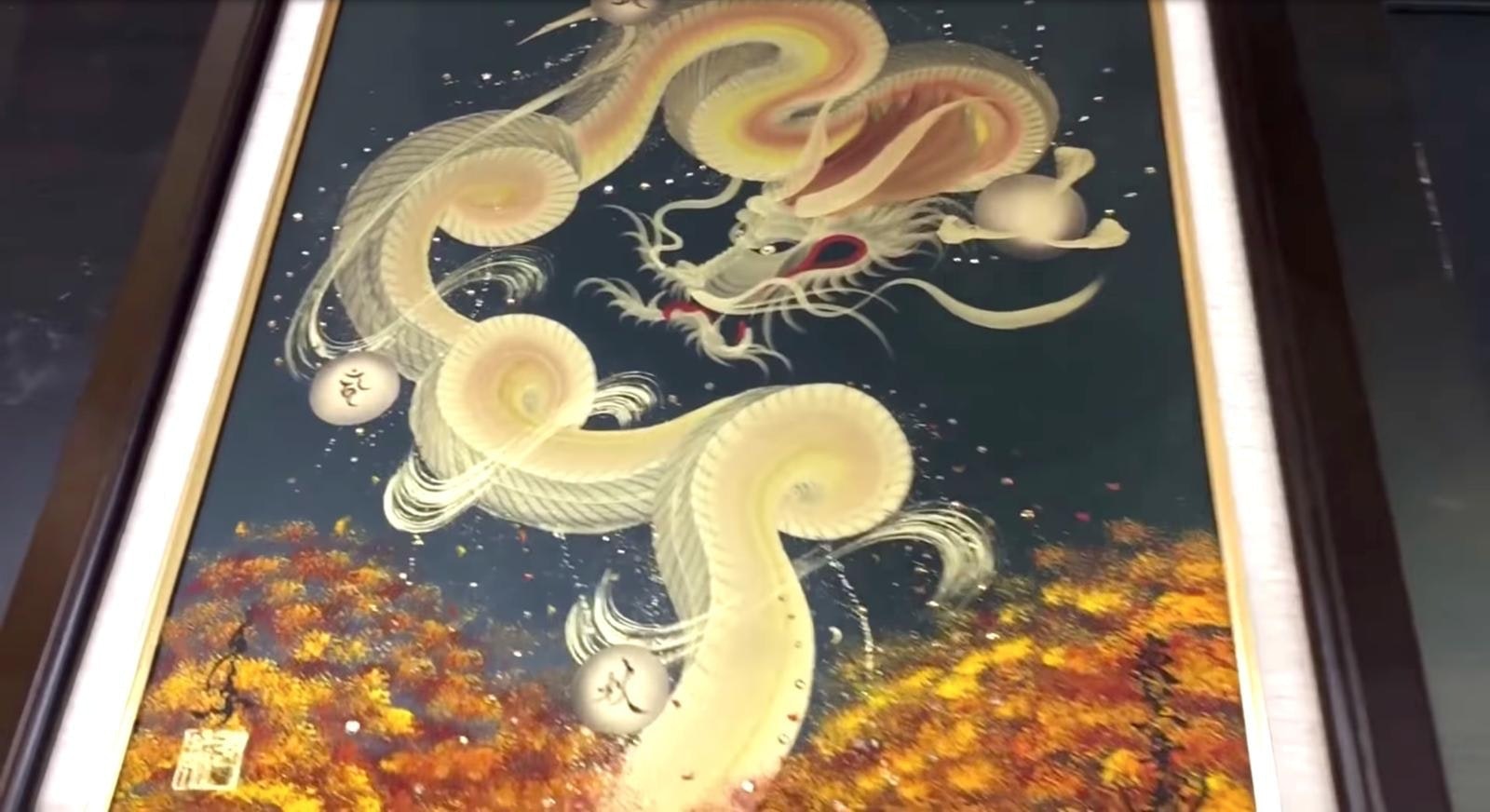 The ability of these artists to create such breathtaking works of art in such a short amount of time is absolutely amazing. Hitofude-ryuu is a very attractive and graceful Japanese art.

This video features how the breathtaking Japanese art is painted.
Enjoy the techniques of hitofude-ryuu artists.

Japan's traditional art form, Hitofude-ryuu, is a lucky charm used to connect people and bring success in business.
Hitofude- ryu has a long history. It has been used as a lucky charm or to expel evil spirits during the Edo Period. There was also another version called Hitofude-hebi that used snakes.
A ryu (dragon) was thought to be sacred and enshrined at temples as deities of agriculture because the shape of Japanese islands resembled a dragon.

There are two types of hitofude-ryuu in Orindo in Kyoto. The "Ascending dragon" and the "Descending dragon" are drawn to pray for success and protective power, respectively.
“Nyoi-hoju” is one dragon that is said fulfill people's wishes and bring them good luck.

The popularity of hitofude-ryuu has increased overseas thanks to the video posted by Keisuke Teshima.
His performance in America in 2014 was highly regarded.
You should definitely see the video that shows how Teshima draws a hitofude-ryuu in his atelier.

First, the body of the dragon is drawn in a single stroke using a thick brush starting from the head.
Today, various colors such as red, blue, gold, and white are used to draw the dragons.
After a dragon is drawn, a painter finishes a background using special techniques such as powders.
The colorful dragons on black backgrounds seem to come alive.

If you hang a hitofude-ryuu artist's painting in your room, you'll have a nice change of atmosphere.
Hitofude-ryuu are well known as lucky charms and makes great presents that anyone would be happy to receive.

This video called “ 京都一筆龍【春夏秋冬】- Hitohuderyu 【Four seasons】” produced by “Kyoto Hitofude-ryuu Orindo” features how to draw a traditional Japanese hitofude-ryuu.
If you haven't watched it yet, don't miss out on this amazing painting process.