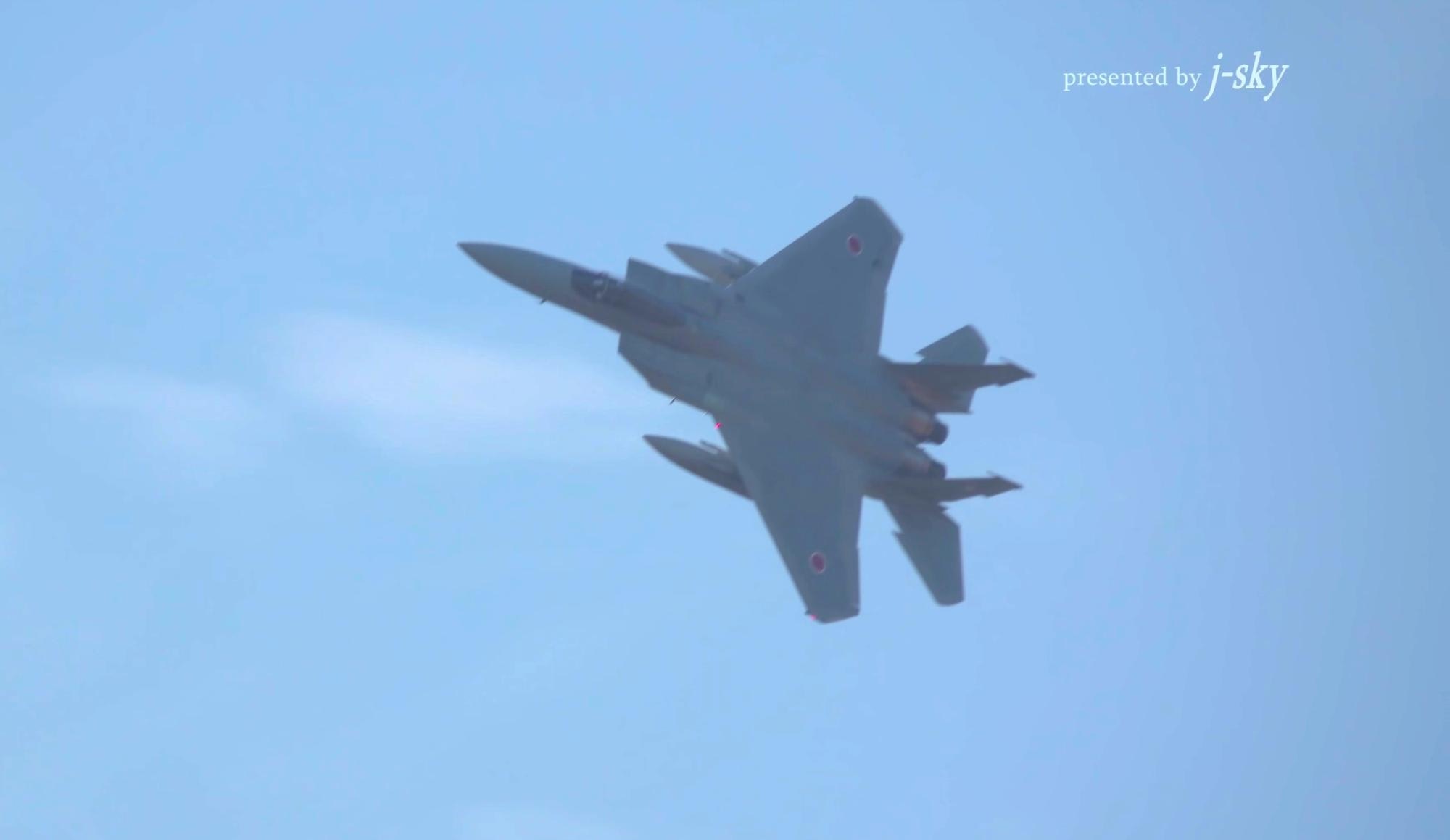 The F-15 was developed by McDonnell Douglas (now Boeing) of the United States and is commonly known as the "Eagle."
Fans cheered as the F-15, which has a maximum speed of Mach 2.7, flew through the skies.
At 4:38 in the video, you can see the F-15 flying in a beautiful line of clouds, so check it out!