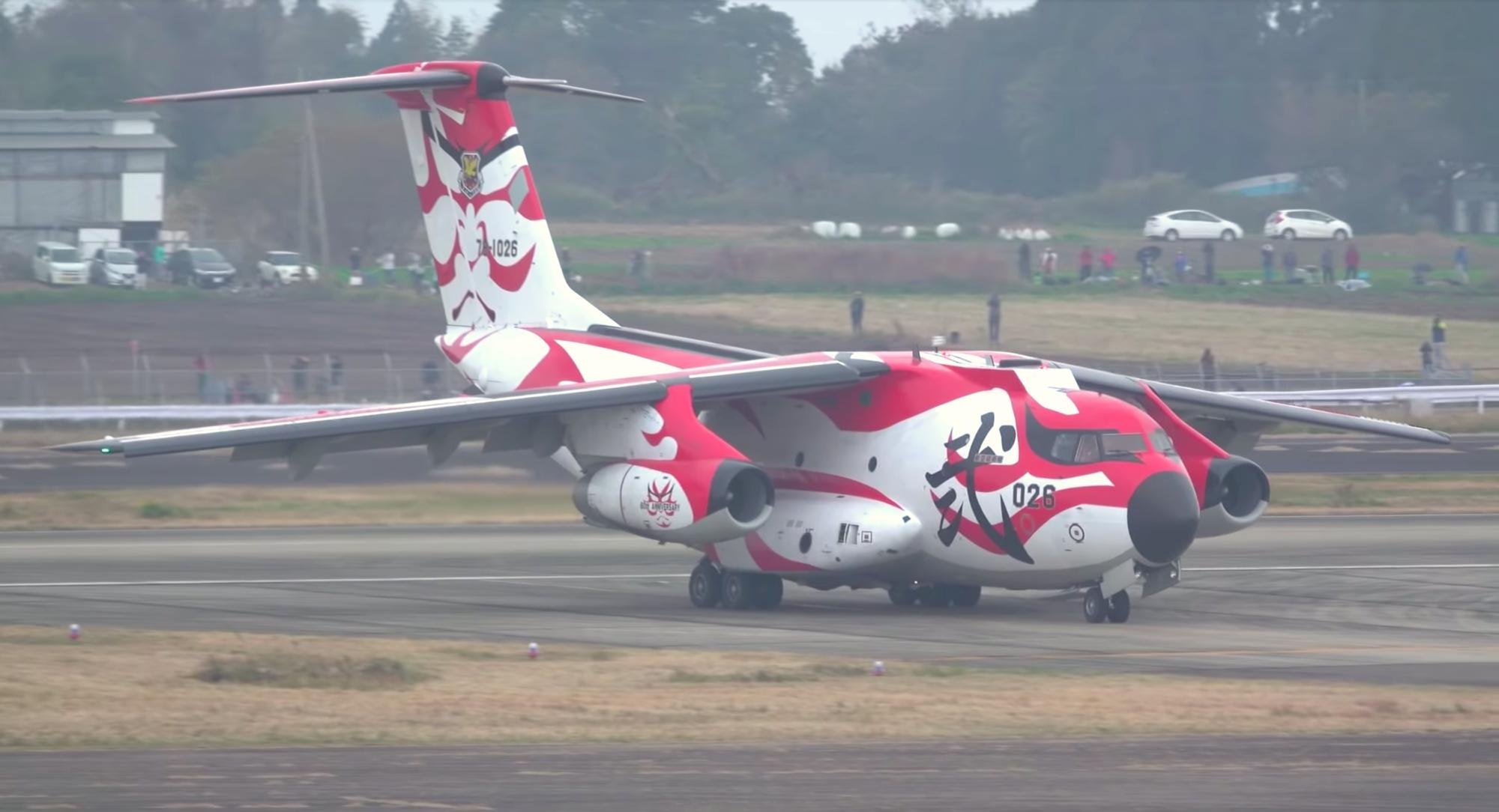 The C-1 features a loading system that allows the vehicle to be loaded quickly and, with metal rods on the floor, it can transport up to 36 patients at a time.
The aircraft has been dispatched to many disasters and is a reassuring tool in the event of a recent spate of disasters and epidemics.
Check out the awesome kabuki paint job in the video!