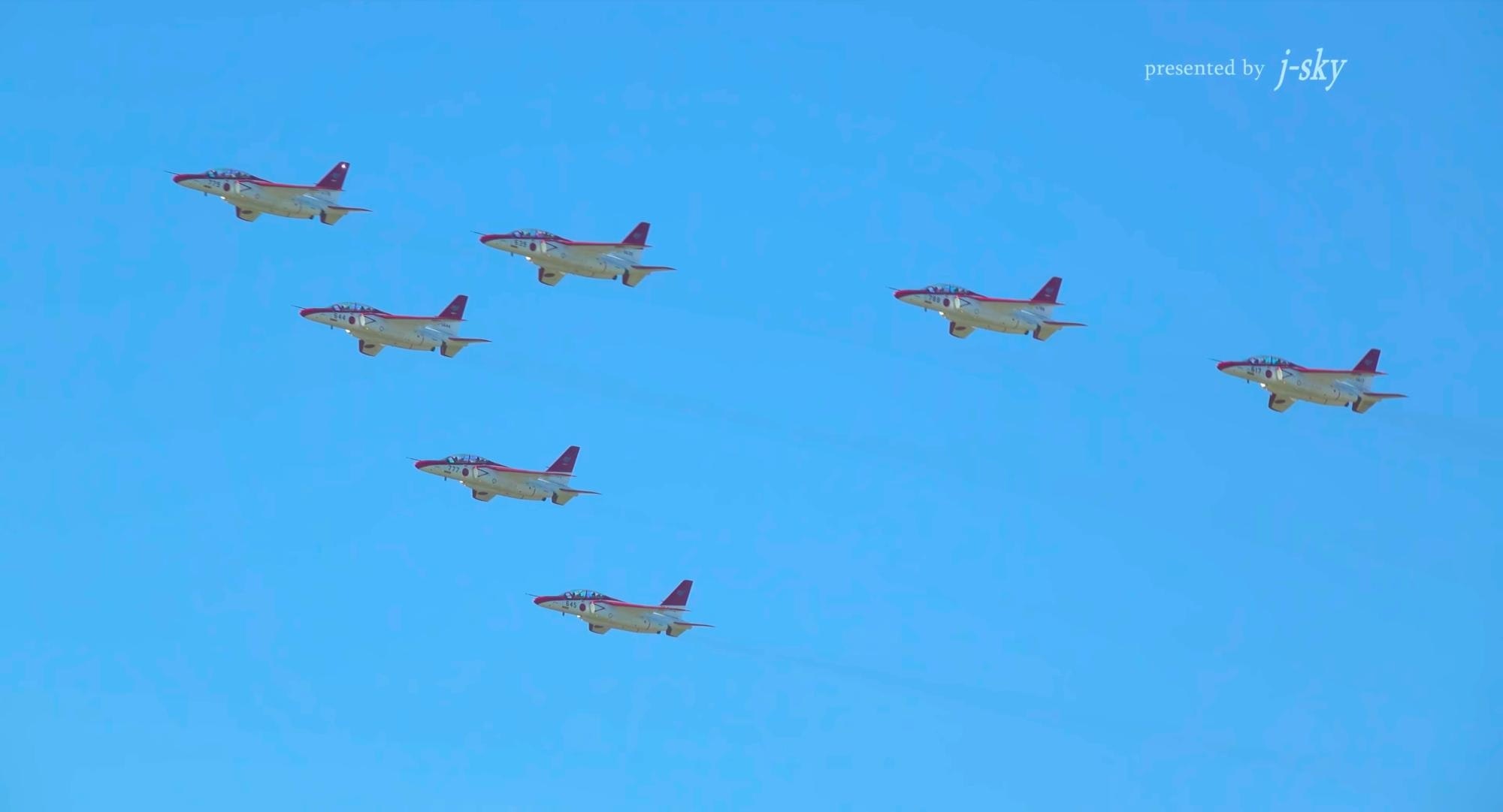 The JASDF's (Japan Air Self Defense Force) top gun group is the well-known Blue Impulse, and the T-4 aircraft flown by the Blue Impulse is a purely domestic aircraft. Despite being a training aircraft, it is an essential part of the JASDF's pilot training program.
Compared to the F-15, the T-4 has a slightly rounder design, and is therefore nicknamed the "Dolphin."
An aviation festival is held at the JASDF's Ashiya Base every year, and the exhibition flights by T-4s are a specialty of Ashiya Base.

The climax of the festival is the illuminated flight of 7 aircrafts, which even Blue Impulse (6 aircrafts) does not do.
Enjoy the video!