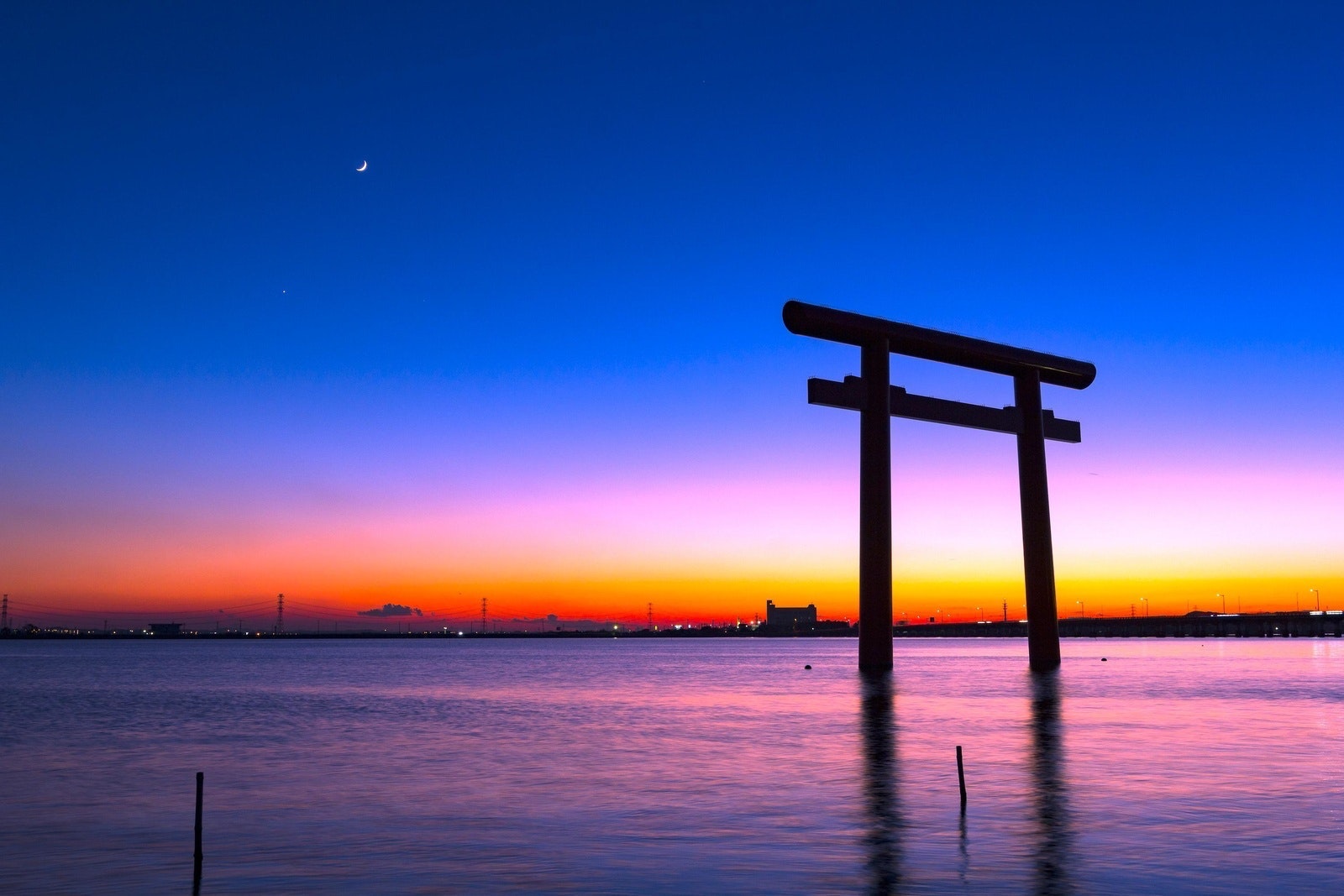 This video, titled "This is Kashima City"（This is Kashima City【この街、かしま 編】）, is a promotional video for Kashima City, Ibaraki Prefecture in Japan's Kanto region, produced by the "Kashima City Public Relations Promotion Division."
Kashima City is a city in the southeastern part of Ibaraki Prefecture with a population of about 60,000.
Although it is not a big city, it is rich in history, culture, and nature, and home to Kashima Shrine, the Kashima Antlers, and the surfing Mecca, Shimotsu Beach.
This time, we'll tell you about the charms of Kashima city and give some insight into a few unknown sightseeing spots.

Sports, nature, history, and the charms of Kashima City are all packed into this 2 minute video. Try to keep up!

Shimotsu Beach is a popular beach with a parking lot nearby, and is visited by surfers and family vacationers from all over Japan.
During surfing season, the Kashima Lifeguard Team is on duty, so you can enjoy swimming safely.
Take a dip in Ibaraki Prefecture's clearest waters! This can be seen at 0:44 in the video.

Kashima Shrine has ties to the founding of Japan and is dedicated to Takemikazuchi, a famous god of martial arts. Built in the first year of Emperor Jinmu, this shrine is an important hub for Japan's Shinto religion.
To get to Kashima Shrine, use the Kashima Jingu Expressway Bus (from Tokyo Station) or Kashima Jingu Station on the JR Kashima Line.
If you're coming by car, get off at the Itako Interchange on the Higashi-Kanto Expressway and it'll take about 1.5 hours to reach the hotel.
Please note that there is a fee for parking.
Kashima Shrine is the most popular tourist spot in Kashima City.
It is introduced in the video from 1:07, and you can see cute deer at Kashima Shrine as well.

Ono Shiosai Hamanasu Park has a “Space Observation Tower '' where you can enjoy a 360-degree panoramic view. In the facility, there is a gallery where paintings, photographs and handicrafts are displayed, and there's also a planetarium, and a local museum, which introduces the history of Kashima City.

As you tell from the name Ono Shiosai Hamanasu Park (潮騒, Shiosai "Roar of the Sea"), the park has a "Jumbo Slide" where you can slide down to the sea, a children's playground where you can try climbing a rope, and a mountain stream walking course with a natural stream, all of which can be enjoyed while listening to the sounds of the Kashima Sea.

It's also a great place to see the beautiful seasonal flowers, such as Japanese roses, cherry blossoms, plums, rhododendrons, and azaleas in full bloom.

Kashima Port Fishing Park is the largest fishing spot in Japan where you can enjoy all-season fishing.

As long as you pay the entrance fee, all the fish you catch can be taken home, so be sure to enjoy the fresh seafood of Kashima City.
In the waters near Kashima Port where the Kuroshio Current and Oyashio Current meet, there is a popular leisure spot where you can catch a lot of flatfish, horse mackerel, and smelt.

After reading this article, we hope we've convinced you that there's more to Kashima than just Kashima Shrine and the Kashima Antlers!
There are plenty of places where you can enjoy your time, such as "Kashima Jingu Kaen," "Hitachi Kuni Ichinomiya," "Okosakizaki Hermanus Indigenous South Boundary," "Kashima Space Technology Center," "Hirai Beach," and "Kashima City Dokidoki Center."
The view of the windmills along the coast is especially beautiful!
Be sure to watch the video produced by "Kashima City" and what it has to offer!