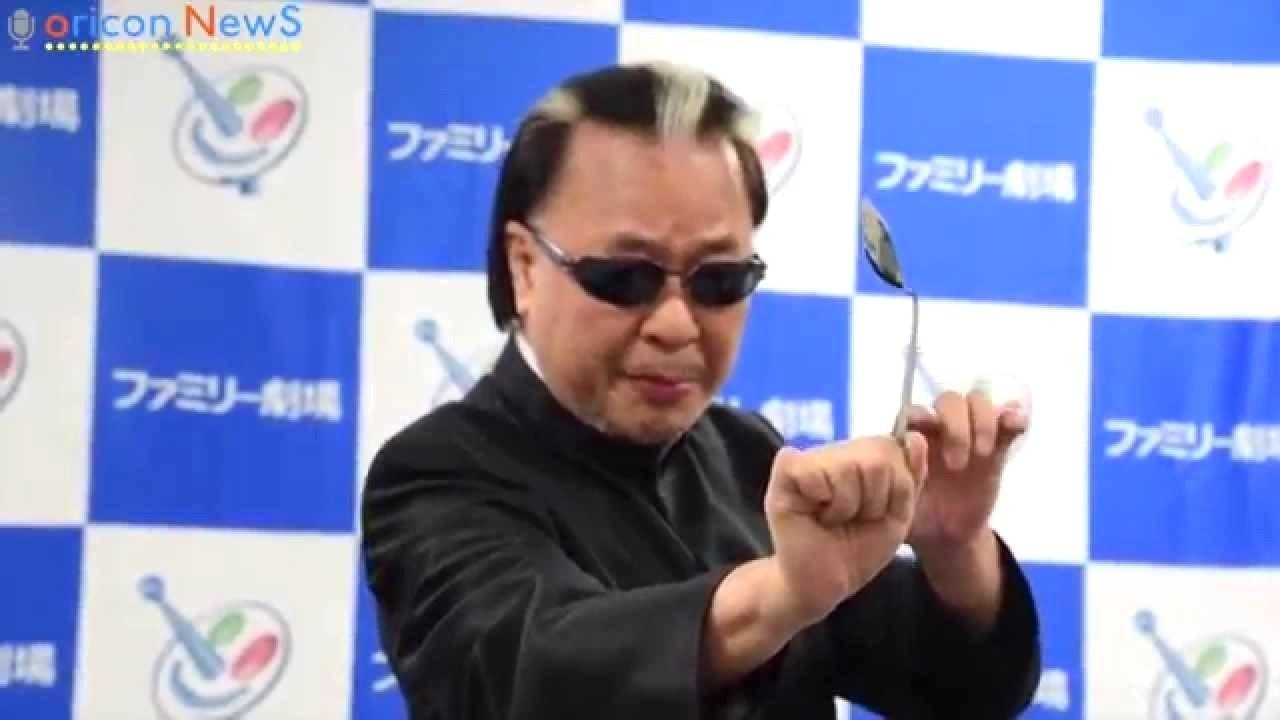 Mr. Maric is a magician who performs a lot of wonderful magic that has no tricks or gadgets.
He achieved many achievements and attracted the attention of many people throughout the world with his genre called “super magic”

In this article, we'll talk about Mr. Maric.

Who Is the Super Magician, Mr. Maric?

Mr. Maric is a magician who wears mysterious black costumes and sunglasses.
His real name is Akira Matsuo, and he was born on January 1, 1949 in Gifu City, Gifu Prefecture.
His daughter LUNA is a rapper.
Modeled on "Uri Geller", a world-renowned psychic, and titled "Super Magician" as a psychic entertainer, he created a major boom in magic in the late 1980s.

The familiar theme song "The Art of Noise" that comes on when Mr. Maric appears on stage, and his classic lines "Hand Power!" and "It's coming" created a huge boom.

Although it has been more than 30 years since then, he is one of the few successful magicians whose name can still be seen in various places.

Mr. Maric does a lot of exciting performances with his super magic, but there was a time when he did not appear on TV for a while.
In fact, he had suffered from facial nerve palsy for one year and refused to appear on TV.

The magic and tricks made many people curious, and there were a lot of books that disparaged the accomplished magician.
The heartless words from those people took their toll on Mr. Maric and he became ill.

When Mr. Maric, was away from television, two artists appeared; Matsuo Gentosai and Kurima Tasumi who performed wonderful magic.
Rumors like "The new Mr. Marics?" began to spread about a duo who showed off magic tricks like Mr. Maric.

The reality was, Matsuo Gentosai and Kurima Tasumi were both genuinely Mr. Maric, but they were wearing sunglasses and so it wasn't easy to spot at first glance.
By the way, the name "Kurima Tasumi" becomes "Mr. Maric" when read in reverse in Japanese (mi su Ta, ma ri Ku).

This video shows the appearance of the "Mr. Maric Super Magic Series" interview broadcast at the CS Family Theater in 2015.

From 0:21 in the video, he puts a spoon that he received from the interviewer on a chair. And, if you remember with hand power, the spoon begins to bend without him touching it, and eventually falls to the floor.
Of course, in this scene, you can hear the phrase "Kitemasu" (It’s coming), as well.

Then, from 0:50, he bends the spoon like rubber and folds the spoon head through magic.
Finally, he twists the handle of the spoon around.
Be sure to watch the video and experience his awesome magic.

Mr. Maric captivated adults and children with various performances such as his super magic series.
Behind the achievements of Mr. Maric, there were times of difficulty as well. And Although Mr. Maric did not feel well, he still conveyed the fun of magic to many people.
I hope this article and video have taught you a little bit about the successful magician and entertainer, Mr. Maric.