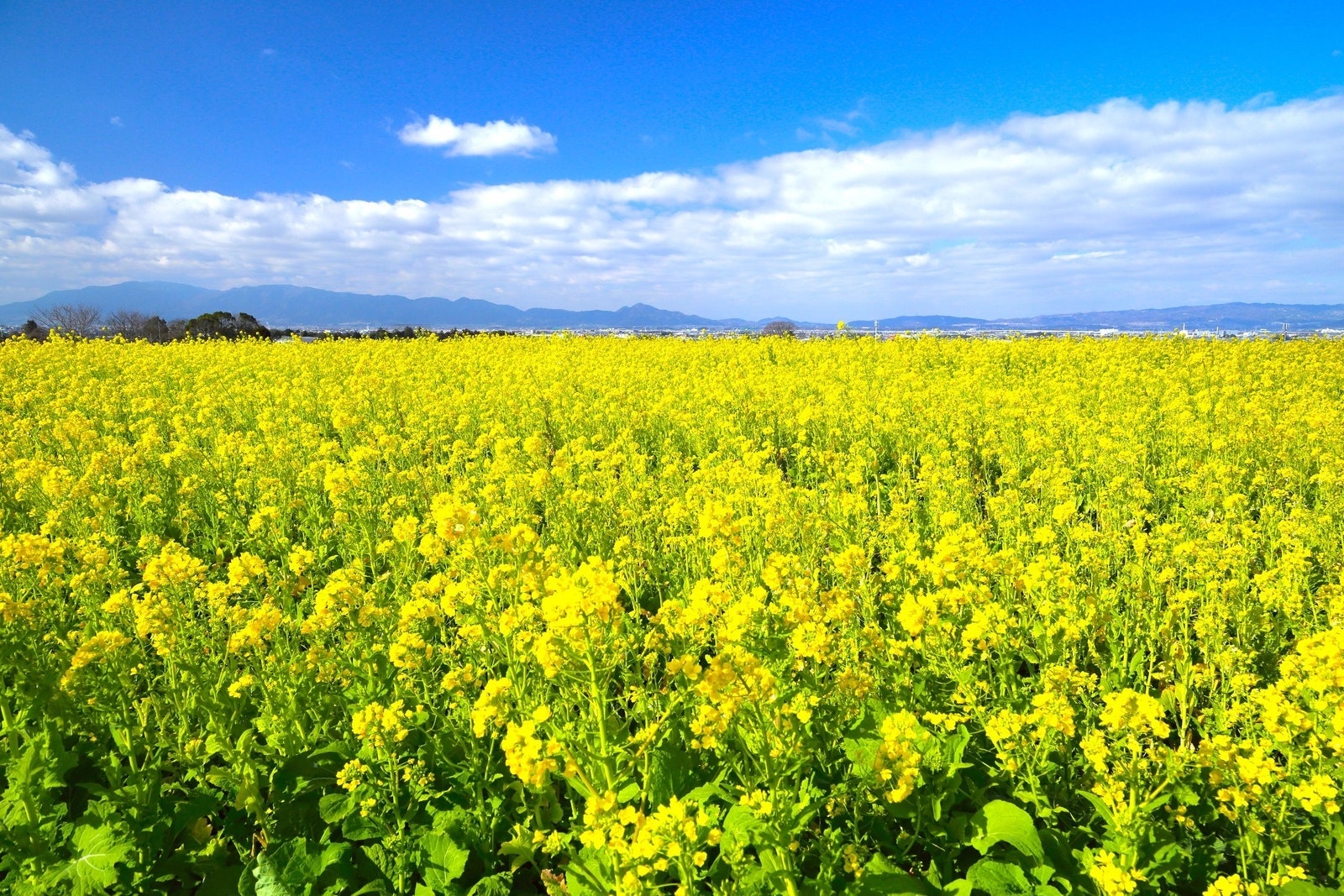 About 1,300 years ago, Nara Prefecture was the capital of Japan.
The temples, landscape, and culture that have withstood the test of time are still present day, and they invite you to experience the atmosphere of the old days.

Tenri is located in the middle of Asuka・Fujiwara-kyo (飛鳥・藤原京,Asuka Fujiwara-kyo) and Heijo-kyo (平城京, Heijo-kyo), both former capitals, and the home of the imperial family at the time.
It was a place of irreplaceable significance for Japanese politics and culture at the time.
This video shows the attractions of Tenri packed into a 3 minute long video. Be sure to follow along as you read the article!

The oldest road in Japan, Yamanobe street (山辺の道, Yamanobe-no-michi), where you can hike while indulging in the beautiful scenery of Nara Basin (奈良盆地, Nara Bonchi), is a historical sightseeing spot, the origins of which can be traced all the way back to the Nihon Shoki (Chronicles of Japan).
In the comfortable fall climate especially, many tourists visit Yamanobe street to witness the breathtaking landscape.

In addition, there are fascinating historic sites within the city, such as Nishiyama Kofun (西山古墳), Yamato Tenjinyama Kofun (大和天神山古墳), and the Mausoleum of Emperor Keikō (渋谷向山古墳, Shibutani Mukai-yama Kofun).
Walk through the refreshing sightseeing route and wallow in the beautiful, natural landscape.
Yamanobe street and the kofun group are introduced at 1:16 in the video with the narration that helps you feel the origins of Japan.
If you are now interested kofun, try Kurozuka Burial Mound Pavilion (天理市立黒塚古墳展示館), which is the guidance facility for Kurozuka Kofun (黒塚古墳), designated a historic landmark by the government.

Walk Around the Temples and Shrines of Tenri, Nara Prefecture

Isonokami Shrine (石上神宮, Isonokami-jingu), said to be one of the oldest shrines in Japan, is a site we highly recommend visiting.

You'll also want to visit other little-known tourist spots such as Himuro Shrine (氷室神社, Himuro-jinja) and Zenpuku Temple (善福寺, Zenpuku-ji).
There are many cute deer around the temples and shrines where you can enjoy the natural scenery, so be sure to enjoy walking around.
These temple and shrine are introduced at 0:28 in the video.
There are many other temples and shrines to visit in Tenri, including Chogaku Temple (長岳寺, Chogaku-ji) and Yamato Shrine (大和神社, Yamato-jinja).

Nakanishi Peanuts, located in Tenri, is a famous peanut shop where many customers visit from faraway.
Furthermore, there are many places in Tenri where you can enjoy delicious eel cuisine.
Don't forget to try Tenri Ramen, a local specialty of Tenri, when sightseeing.

Refreshing portions of shaved ice are served at the lively Ice Dedication Festival (献氷祭, Kenpyo-sai), held annually on May 1st, as Himuro Shine in Tenri worships a god of ice.
Enjoy eating delicious shaved ice, perfect for your Instagram, at this beautiful, out-of-the-way destination.

Tenri, Nara Prefecture, with a population of 65,466 people (as of 1 July 2019), is easily accessed, being only an hour away from Osaka and Kyoto.
The name "Tenri" is derived from the religious organization Tenrikyo, as the city is the largest religious city in Japan with Tenri Church Headquarters (天理教教会本部, Tenrikyo Kyokai-honbu) located in the city center, making it the only city in 21st century Japan to be named after a religious organization.
There are many facilities and buildings related to Tenrikyo within Tenri, such as Tenri University.

As introduced in the video, there are countless appealing sightseeing sites in Tenri, Nara Prefecture.

Nara Prefecture is popular as a tourist destination where you can experience the history and culture of Japan.
Be sure to watch the video and indulge in the attractions that Tenri has to offer.

If you're planning on enjoying sightseeing in Nara Prefecture, don't miss out on visiting some of the other tourist attractions in Tenri after visiting famous places like Todai-ji Temple (東大寺, Todai-ji) and Nara Park (奈良公園, Nara-koen).
You can rest easy at night thanks to the numerous hotels and ryokan located around Tenri.