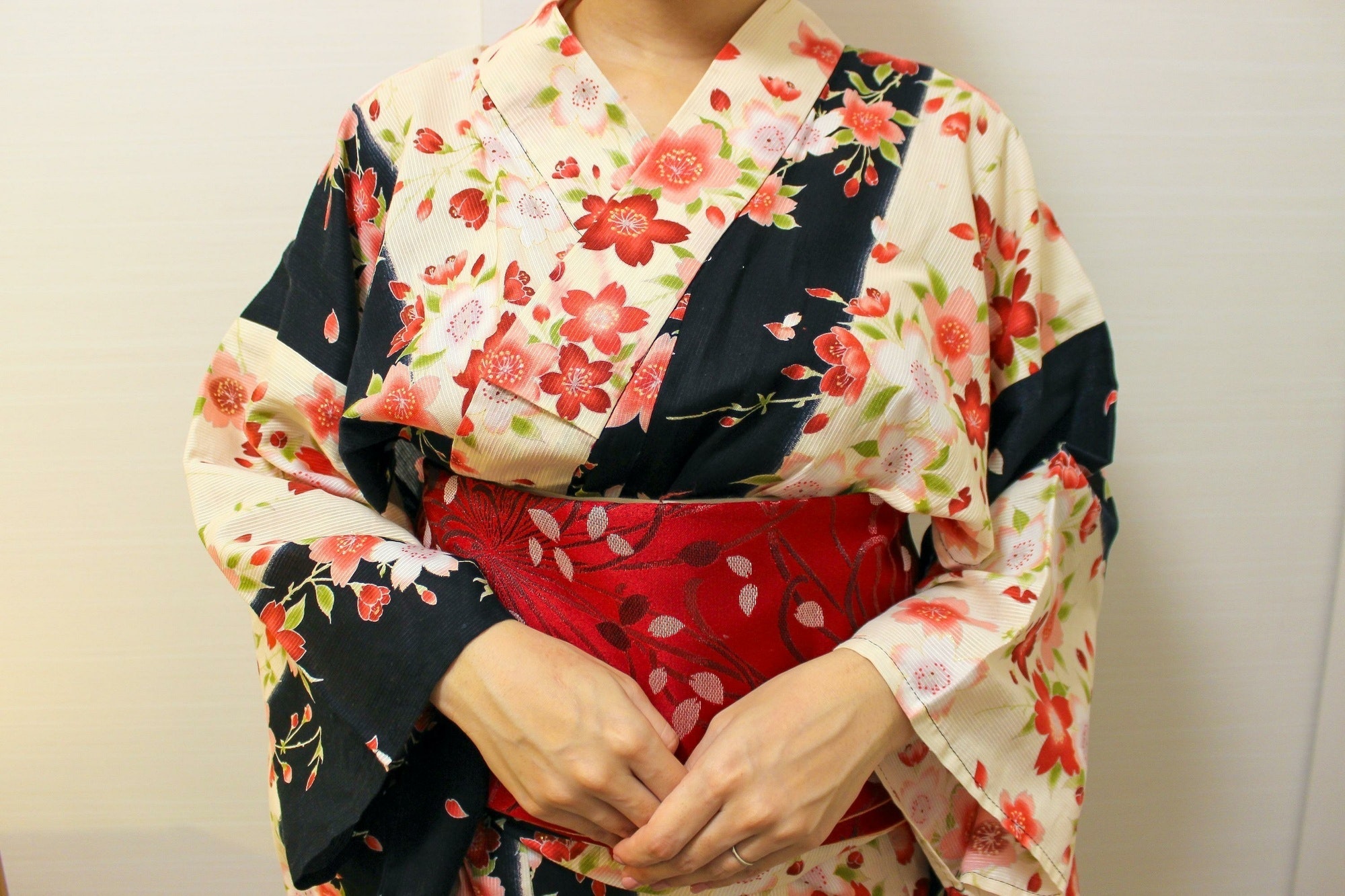 This video "Yukata and Obi (帯) belt fitting tutorial by hataori（自分でできる浴衣の着付けと帯結び by hataori）" was created by Official Hataori and shows you in detailed steps how to put on a yukata and obi belt.
Yukata are traditional garments that have been worn and loved by Japanese people for centuries.

There are several occasions when one can wear a yukata, such as during summer festivals when women dress in gorgeous, colorful yukata or at hot springs or public baths where men tend to wear more plain and simply decorated yukata.
However, as they aren't worn very often, there aren't many people who know the correct way to put on a yukata by themselves.

This video will teach you in detail how to correctly put on a yukata.
Hopefully this video comes in handy the next time you have the opportunity to wear a yukata!

The History of Japan's Yukata

It is thought that over 1200 years ago, during the Heian Period (794-1185AD), yukata were worn as bathrobes called Yukatabira (湯帷子).
Aristocrats at the time would have worn them as they bathed.

During the Muromachi Period (1336-1573AD) and Edo Period (1603-1868 AD) lightweight, cotton versions of these bathrobes were worn not during, but after bathing.
During the latter half of the Edo Period, it became common for people to wear yukata as more casual clothing such as when taking short trips.

Tips on How to Wear a Yukata

From 0:22 in the video you can see how to put on a yukata. There are many small items that are essential for women when putting on a yukata, such as a Datejime (伊達締), Obiita (帯板), Obi, Obihimo (帯紐), Geta (下駄) or Zori (草履). It helps to have clips or belts to help hold things in place when putting on your yukata and also helps prevent the yukata from falling out of place.

When wearing a kimono, an extra layer of clothing called a Hadajuban (肌襦袢) is worn underneath the kimono.
However, this is unnecessary when wearing a yukata.

From 3:00 in the video, you can see how to put on a Munehimo (cord wrapped around the chest area).
Once the yukata is in place, it's time to wrap the Obi belt.
You can see this from 5:59 in the video.
For more detailed information on how to tie an obi belt, please refer to the instructions in the video.

We recommended wearing your hair in a refreshing up-do when wearing a yukata.
A handheld Japanese fan, such as a Sensu (扇子) or Uchiwa (団扇), also looks great with a yukata.

How to Tie an Obi Belt

There are a variety of ways to tie an obi belt.
For women who are wearing a colorful yukata in the summer to a special event such as a fireworks display, we recommended tying the obi in a ribbon shape using the Bunko musubi (文庫結び) or Chou musubi (蝶結び).

Once you are used to tying an obi belt, you can attempt the more difficult Hana musubi (花結び).
The Kakuobi musubi (角帯結び) style of obi is typically worn by men.

In summer, you will find many stores selling yukata sets and there are also places where you can rent a yukata for the day.
If you choose to rent a yukata, there may be someone who can help you get dressed into it, so please take advantage of this opportunity.

Taking a walk outside wearing a yukata, especially one you managed to put on yourself, is sure to be a great feeling!
Please make sure to use this video the next time you decide to wear a yukata!
Just watching the video we're sure you'll learn something new!