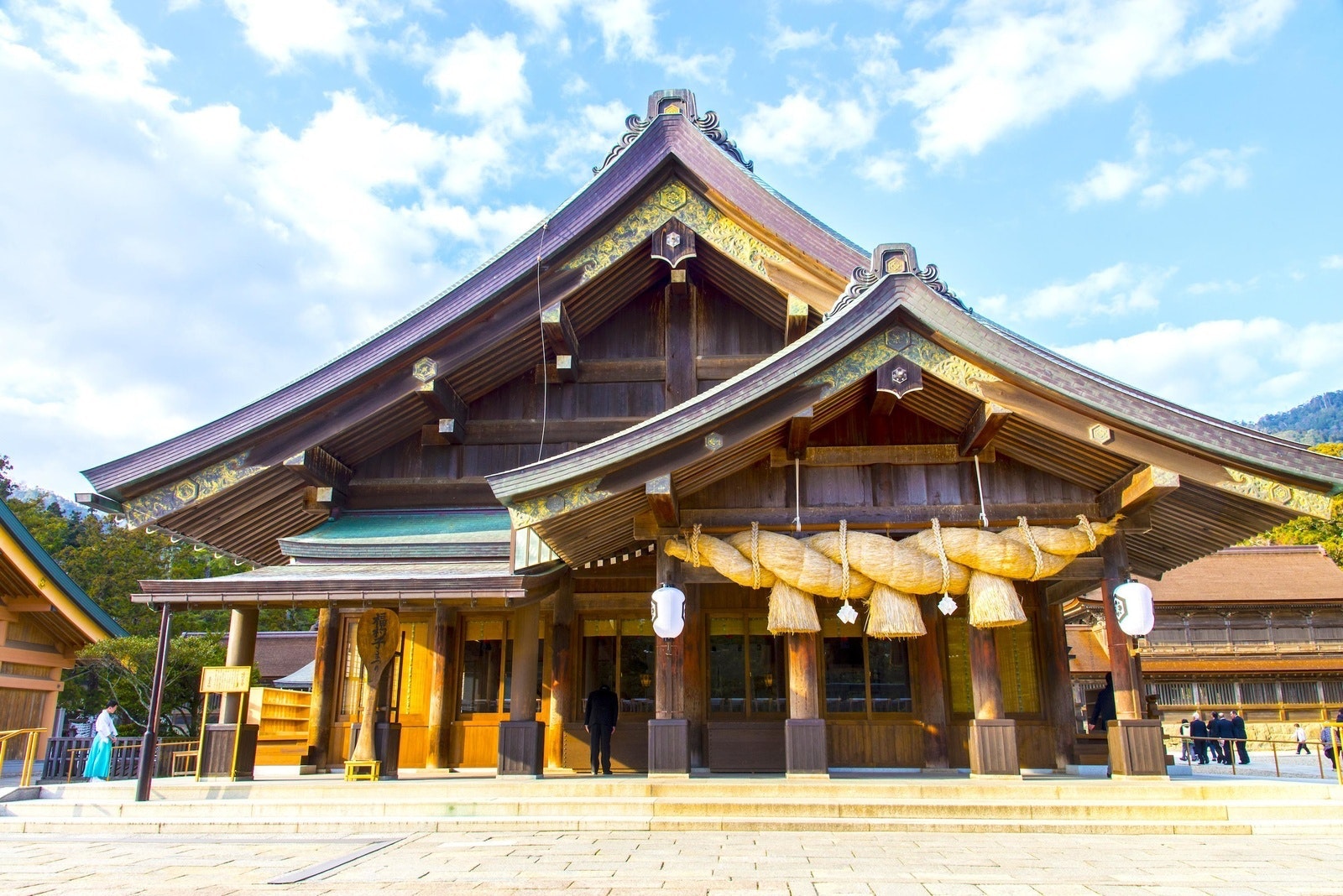 There are so many popular tourists spots in Izumo, including the famous Izumo Taisha (Izumo Grand Shrine).
Let’s start off with Izumo Taisha and experience the traditional Japanese culture.
This 4K video shows you the beautiful scenery of Izumo, as well as the tradition, gourmet food, and beautiful natural scenery.
Be sure to follow along with the video as you read all about the mythical town of Izumo!

Izumo Taisha is the most popular tourist destination in Izumo.
Every October, a myriad of gods are welcomed to Izumo, in an event that attracts many visitors.
Check out the video at 0:28 to see a quick clip of it.

Izumo is known as the "Home of Japanese mythology."
"Yamatano Orochi" is a myth that has been passed down in Japan since ancient times.

One of the best views in Izumo is the panoramic view of the Japan Sea. To see it, just head over to Izumo Hinomisaki Coast.
Check out the video at 1:20 to see a beautiful scene of the light house reflecting the sunset.

You can also take a stroll along Inasa Beach, or Sagiura, where you can enjoy the natural scenery and visit Tachikue Valley. Kabuki is also popular in Shimane, so if you're looking to see some traditional theatre be sure to check it out.
There's also Izumo no Okuni, a tomb near Izumo Taisha.

In Shimane Prefecture, there are many well-established aizome shops with a long history.
Aizome is a very beautiful traditional Japanese dyeing technique, and there is a custom in Shimane Prefecture of people carrying pieces made using the technique as a trousseau.

Shussai pottery is another specialty of Izumo, made using kilns called "shussai gama."
On the historical Japanese street Momen Gaidou, there are many traditional stores selling traditional crafts.
If you're struggling to come up with ideas for souvenirs, this is the perfect place to go.

The rich soil of the Izumo plains also produces a lot of brand-name rice and sake. After visiting Izumo Taisha, we recommend trying the Izumo soba noodles.
You can see the noodles at 0:53 in the video.
If you like soy sauce, we recommend picking some up here, as it's another specialty of Izumo.

Izumo is a historical city with myths that have been passed down in Japan for generations.
A tour of Izumo Taisha Shrine and the surrounding area's famous landmarks provides you with a breathtaking view.
There are many more fascinating sights in the Izumo area that this article can't cover in detail, so be sure to check out the video to get a better idea of what Izumo has to offer.
Plan a trip to Izumo City, Shimane Prefecture, a tourist spot where you can experience Japanese culture to your heart's content!