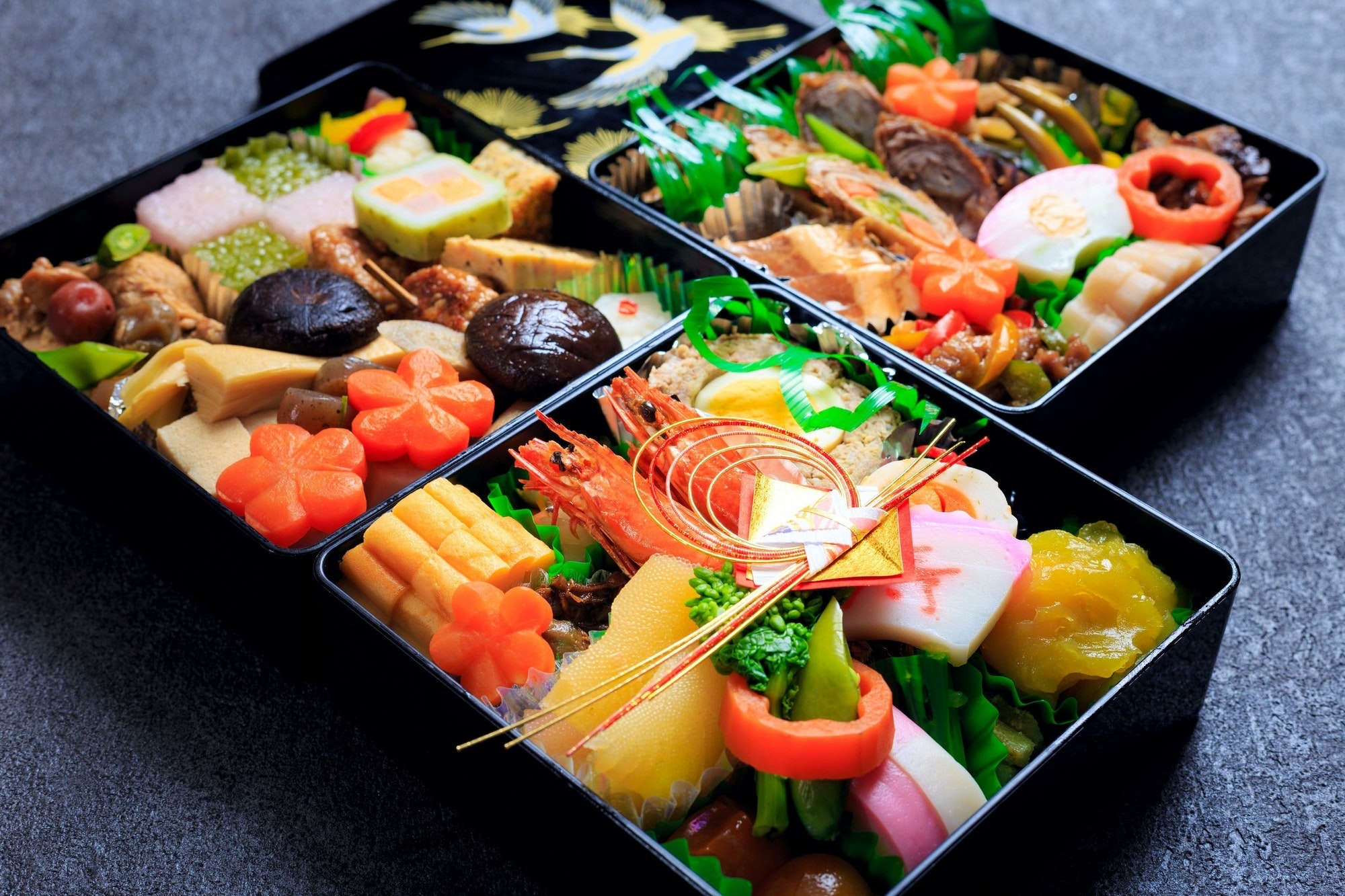 In Japan, the first three days of the New Year, starting on January 1st, are special days referred to as "San ga nichi."
To celebrate the festive New Year, there is a custom in Japan to eat Osechi cuisine as shown in the video.

What Kind of Food Is Osechi Cuisine?

It is said that by the Yayoi period, osechi cuisine had already become rooted in the culture.
In the Edo period, Osechi cuisine came to be called "Horai Kazari" in Kansai, "Kuitsumi" in Kanto, and "Horaidai/Tekakemori" in Kyushu.
Each of them have the meaning of offering food to the gods and praying for happiness.

Varieties of Osechi and the Meanings of the Dishes

You can see the osechi dishes at 0:33 in the video.

How to Arrange Osechi Cuisine

The ingredients for Osechi dishes are packed in a "kumiju" (multi-layered food box).
Originally, it is said to have been a five-tiered box, but nowadays, four-tiered boxes are generally used.
There is also a method for preparing the dishes called "Juzume."
It's important to organize the food, including iwaizakana-sanshu (herring roe, tazukuri, and black beans), kuchitori (appetizer assort), vinegared dishes, grilled dishes, stewed vegetables, etc., in a beautiful arrangement.
You can see a beautifully arranged set of Osechi dishes at the beginning of the video.

The Japanese Osechi cuisine shown in the video is also made and sold at restaurants all over Japan.
Many people pre-order Osechi dishes from famous restaurants by ordering online.

You can also make osechi cuisine at home.
Use the recipe site as a guide to prepare the ingredients and arrange them beautifully over a bed of rice to enjoy the Japanese New Year.