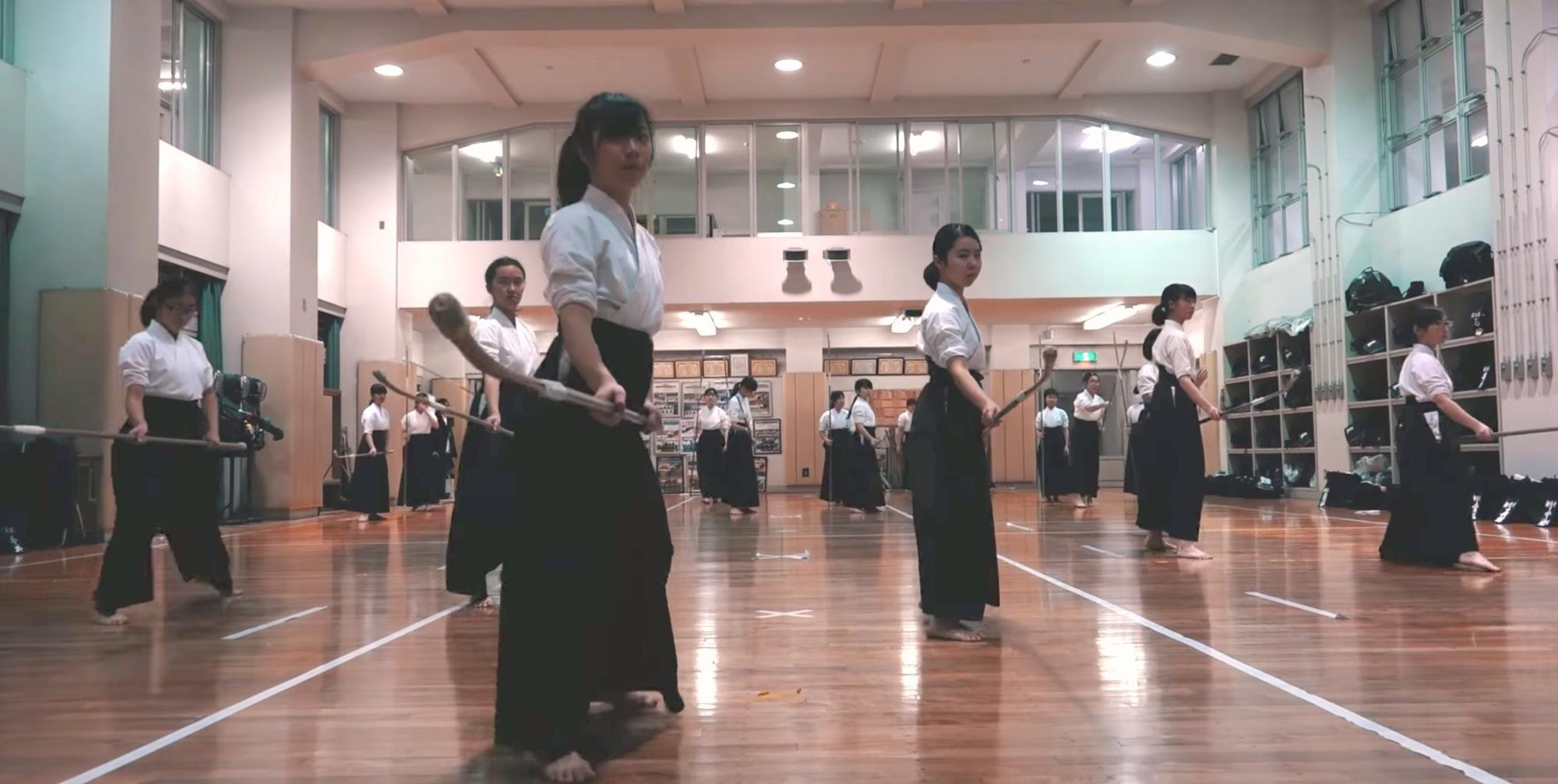 In the video, a member of the Naginata Club, a high school girl, talks about her passion and fascination for the traditional Japanese martial art, Naginata.
In this article, we'll introduce the rules, fascination, and history of Naginata.

Naginata is a martial art that the All Japan Naginata Federation made into a competition sport.
Competitors use a naginata and a model of Japanese armor, to compete. Players wear white training clothes and dark blue hakama, with equipment similar to the protective gear of Kendo.
There are 5 basic postures, and a skilled Naginata practioner implements all 5 through a match.
There are also various leg movements called "Tai sabaki," involves repositioning of one's body to prepare for an attack so that they will be in an advantageous position to counterattack and defend themselves.

There are about 1,500 high school girls who compete in Naginata. It's mostly practiced by women, but nowadays it is becoming more popular among men and women of all ages.
The number of competitors is growing worldwide, and world competitions are also held.
There are many beginner Naginata classes and dojos where you can train and practice, so be sure to check them out if you're interested.
Like kendo and judo, naginata has dans and other titles and qualifications.

The History of Naginata

Naginata is one of the most popular martial arts in Japan.
Although it is often thought of as a women's martial art, there are also male competitors.

Naginata was used as a major weapon from the Kamakura period (c. 1185 - 1333) to the Muromachi period (1336 - 1573).
After the Warring States period, spears, swords and Japanese swords became more common, and the naginata was no longer used on the battlefield.
However, during the Edo period (1603-1868 AD), the female naginata was developed and became popular as a method of self-defense for women.

Tokyo Metropolitan Fuji High School is a powerful school for Naginata, and was actually the inspiration for the popular manga "Asahinagu."
High school students who joined the club because of the influence of Asahinagu and their admiration of the main character's strength, pour their hearts and souls into their Naginata.
You can see the interview with the members of the Tokyo Metropolitan Fuji High School Naginata club at 0:09 in the video, and the 13th All Japan High School Naginata Tournament in Tokyo at 2:51.

The All Japan High School Naginata Tournament is one of two major tournaments, along with the Summer Inter-High School Championships.
It's held every year in March at the Itami Sports Center in Itami City, and the matches get really heated.

In the naginata team competition, teams of three players - the vanguard, the backbone, and the general - face off in a tournament.
In each match, the winner is the first to score two points within the allotted time.
If the time runs out, the player with one point wins.
If both players score a point, the match is a draw.
22 teams from 7 schools compete in the National High School Naginata Tournament, and the winning team is given the right to compete in the national tournament.

The video shows the powerful Naginata club of Tokyo Metropolitan Fuji High School. We also get to see some of the thoughts of the members of the team.

If you are a fan of Naginata and interested in Japanese martial arts then you definitely don't want to miss out on the video!