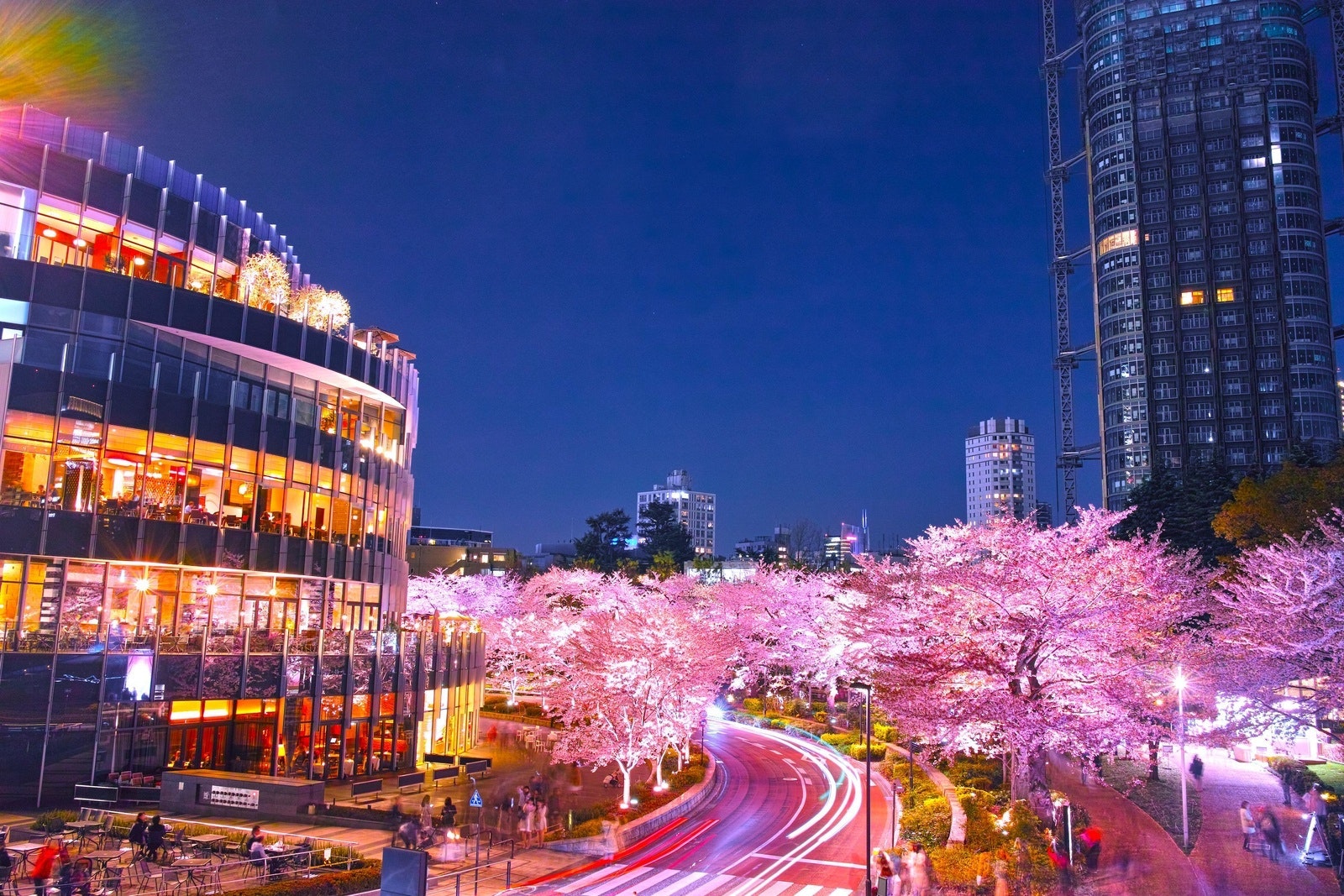 The video "【Minato City World Promotion Video】be touched~ Have a moving experience (Japanese/ Long Version/ 5 minutes) ver. 1"（【港区ワールドプロモーション映像】be touched ～心動かされる体験を～（日本語／ロングバーション／5分）ver.1), produced by the Minato ward office, films people giving high fives in various tourist spots throughout Minato city, Tokyo.
Minato city, which is one of the most popular areas in Tokyo, has a lot of sightseeing spots and attractions.

In the video, we will be introducing all of our recommended sightseeing spots around Minato city.
If you watch the video, you're sure to find something that catches your eye!

Minato city in Tokyo, faces the Tokyo bay, and its residents’ income is ranked number 1 in Japan.
It has some of the most affluent residential neighborhoods in Japan, such as Minami-Aoyama, Shirokanedai, Azabu, Roppongi, Akasaka, Mita, and Takanawa.
Many high-rise apartments continue to be built here, and it is known as a high class, celebrity area.

Roppongi is very popular among foreign tourists for its many restaurants and being one of the famous nightlife areas of Tokyo.
However, if you go down an alley, you'll see the old downtown atmosphere, one of the reasons Minato city is so popular.

A Look at the Tourist Spots Introduced in the Video

As you can see in the video from 0:26, we start with Zojoji Temple and Shiba Park, then North Aoyama / South Aoyama area of Omotesando, and finally, the Chichibunomiya Rugby Stadium that was crowded with fans during the Rugby World Cup.
Here we can see the rows of Jingu Gaien ginkgo trees turning yellow in the autumn.
The interactions at Taro Okamoto Memorial Museum, jazz clubs, the Embassy of Afghanistan in Azabudai, and the Higashimachi Elementary School can also be seen in the video.
It's an attractive spot where you can feel the history and nature of Japan in the midst of a big city.

Around 0:59 in the video, you can see the Azabujuban, taiyaki shop Naniwaya Sohonten, the oden restaurant Fukushimaya, the soba restaurant Sarashina Horii, and the dried goods store Mamegen Honten.
From there, we see the kimono art store Sunaga, the Akasaka Hikawa Shrine which becomes very lively during traditional festivals, and the Reception Hall of Akasaka Palace.
Following this, we see Suntory Hall, a conclave of music, and Akasaka Sacas, where you can enjoy restaurants serving delicious lunches and cafes.

From 1:35 you can see the beautiful Japanese gardens of Hinokicho Park, and the very Instagrammable Tokyo Midtown and Roppongi Hills are always popular with young people dressed up in costumes on Halloween. The beautifully illuminated night view of Roppongi Keyaki Zaka Way is another great spot we recommend. You can also pick up some souvenirs at one of the popular shopping spots.

The very popular hotel, Grand Hyatt, comes into view at 2:09, and attractive places such as the National Art Center of Tokyo, the magnificent Tokyo Tower, Atago Shrine, Toranomon Hills, Andaz Tokyo, and Caretta Shiodome are also introduced in the video.
On top of that, there's Shimbashi SL Square, the shamisen maker "Ishimuraya," and the long-established Edo hyougu (scroll mountings) artisan, Yuyama Shunpodo.

After Keio University, which is one of the Tokyo's "Big 6 Universities," you can see the Australian embassy, and the popular communal bathhouse, Manzaiyu.
Tourist spots such as the Tokyo Metropolitan Teien Art Museum and the Matsuoka Museum are a couple of hidden gems.
The camera moves from National Museum of Nature and Science to Meiji Gakuin University in Shirokanedai, then a very busy Sengakuji during a religious festival, the daifuku confectionary shop Matsushimaya, then continues on to Maxell Aqua Park in Shinagawa.
In addition, you can see people high fiving each other at Konan Ryokusui Park, Shibaura Canal, the Kyu-Shiba-rikyu Gardens, Takeshiba Pier, and the Odaiba Marine Park.

All of the appealing tourist spots of Minato city have been condensed into this 5 and a half minute video.
Be sure to check out each of the tourist routes and events that appear in the video; and go on a trip to find your favorite out of all the great places we have introduced!