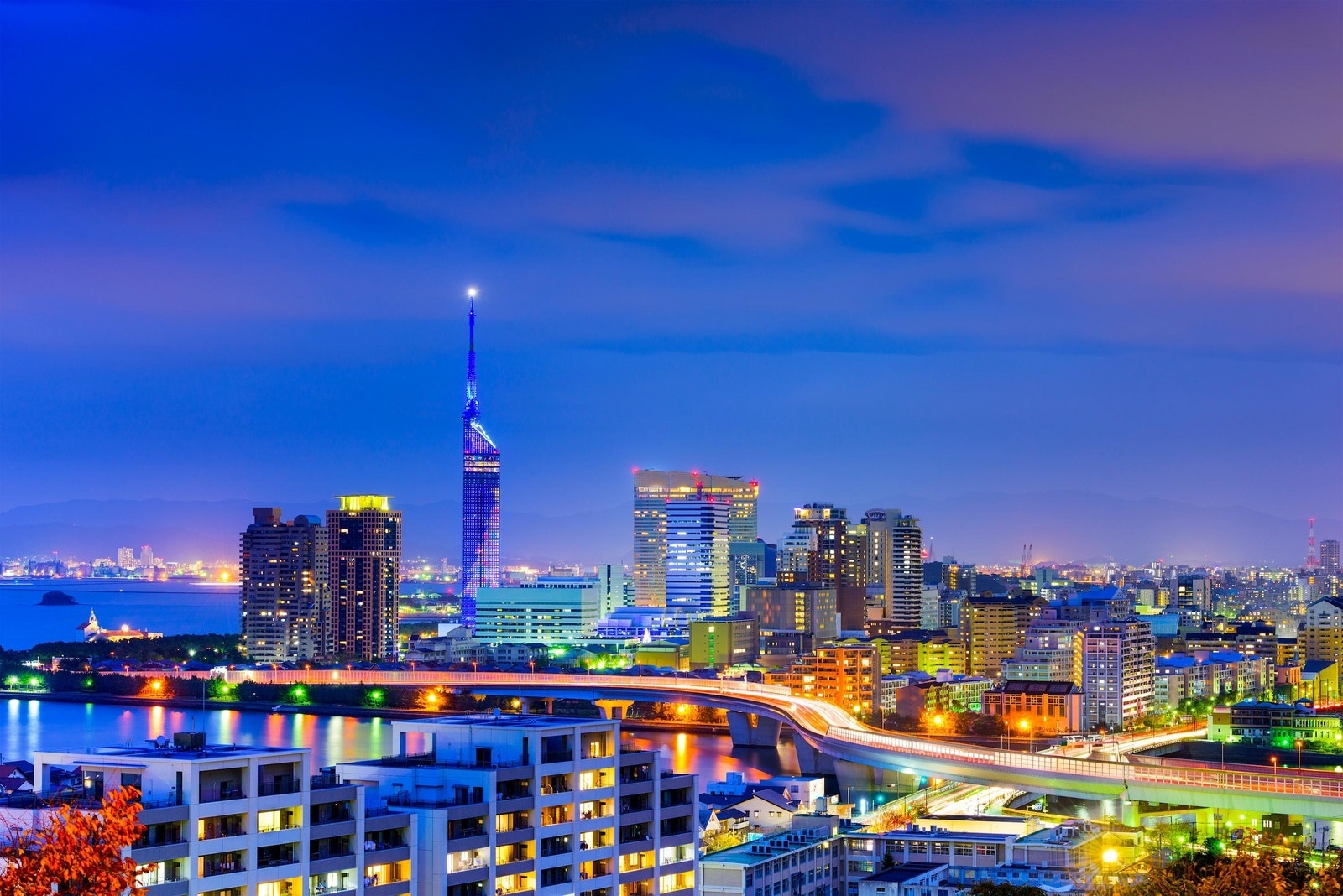 Fukuoka: Where sightseeing, Japanese culture, the outdoors, and Japanese cuisine all come together

The video “Hyperlapse Fukuoka City, Japan 4k (Ultra HD) - 福岡 Full ver.”
is a promotional video created by the city of Fukuoka.
It introduces sightseeing locations, Japanese cuisine such as street food, Japanese culture though festivals, and more, all in one of Japan’s most popular sightseeing destinations- Fukuoka, in Japan's Kyushu region.
Fukuoka is said to be a gateway to Asia, as it's a popular sightseeing destination welcoming many visitors to Japan.

This video introduces more than 20 famous sightseeing areas and places of cultural interest in Fukuoka.
5 impressive minutes of breathtaking views shown through time lapses and aerial shots taken by drones.
We guarantee you'll find a spot you want to visit.

Sightseeing in Fukuoka- Recommendations and information about commercial facilities

From 0:05 in the video, the symbol of Fukuoka, the Fukuoka Yafuoku! Dome (福岡ヤフオク！ドーム, Fukuoka yafuoku domu) is shown. This is Japan’s first stadium built with a retractable roof, making it usable no matter the weather.
This is also the home stadium of the Fukuoka Softbank Hawks.
At 3:23, we can hear the crowd cheering from inside the stadium.

Fukuoka Tower (福岡タワー, Fukuoka tawa) is an exquisite 234-meter-tall tower equipped with 8000 pieces of half mirrors reflecting the sky and the city.
From the viewing platform, you can enjoy a 360-degree view of Fukuoka, which was chosen as one of Japan’s “Top 100 night views”.

The ACROS Fukuoka, reminiscent of a park, as well as the Canal City Hakata, built around a meandering canal to create a unique space, are entertainment complexes.
These famous structures of Fukuoka Prefecture can be seen at 0:19 in the video.

Besides public transportation such as the trains or buses from Hakata Station, renting a car and driving through the city’s highways is also a convenient way to travel in the city.

Sightseeing in Fukuoka- history, culture, nature, and our recommendations

From 1:11 of the video, Ohori Park (大濠公園, Ohori koen) is introduced. This is a healing location right in the center of Fukuoka City and home to the five-story pagoda of Tochoji Temple (東長寺, Tochoji) as well as the Buddha of Fukuoka, so it's definitely worth seeing.
The Fukuoka Buddha is 16.1 meters (52.8 ft) tall, making it the largest wooden Buddha in all of Japan.

Next, the Fukuoka City Museum (福岡市博物館, Fukuoka-shi hakubutsukan) located in Momochihama (百道浜, Momochihama) is a cultural facility that introduces the lifestyle of Fukuokans as well as the history of Fukuoka itself.
The well-known National Treasure, the “King of Na gold seal” (金印, Kin-in) is also on permanent display.
In addition, the Jotenji Temple (承天寺, Jotenji) near Hakata Station boasts an exquisite stone garden.
Umi-no-Nakamichi (海の中道, Umi no nakamichi) and Nokonoshima Island (能古島, Nokonoshima) are also brimming with nature. These can be seen from 1:26 in the video.
From 2:10 in the video, craftsmen can be seen producing Hakata-ori textiles (博多織, Hakata-ori) and Hakata dolls (博多人形, Hakata-ningyo). The Hakozaki Shrine (筥崎宮, Hakozakigu), with a main worship hall recognized as an Important Cultural Property of Japan is shown, as well as two of the three main festivals of Kyushu. The first is the Tamaseseri Festival (玉取祭・玉せせり, Tamatori・Tamaseseri), where participants compete to get their hands on a lucky ball.
Also shown is the Hakata Gion Yamakasa festival (博多祇園山笠, Hakata gion yamakasa), which is recognized by UNESCO as an intangible cultural heritage.

Around Tenjin Station (天神駅, Tenjin-eki) and Nakasu (中洲, Nakasu) are more than 100 food stands where you can enjoy a great variety of Japanese cuisine such as Hakata ramen (博多ラーメン, Hakata ramen). Fresh sushi and motsunabe (もつ鍋, Motsunabe) are also popular.

These popular Fukuokan foods are introduced at 3:03 in the video.
A trip isn't complete without tasting food made from the very best local ingredients!

As shown in the video, Fukuoka is an area where you can thoroughly enjoy Japan’s culture, sightseeing, and cuisine.
There are many more charming areas in the video that we couldn't get around to in this article, so if you haven't checked it out yet, we recommend giving it a look. You're sure to be charmed by what Fukuoka has to offer!