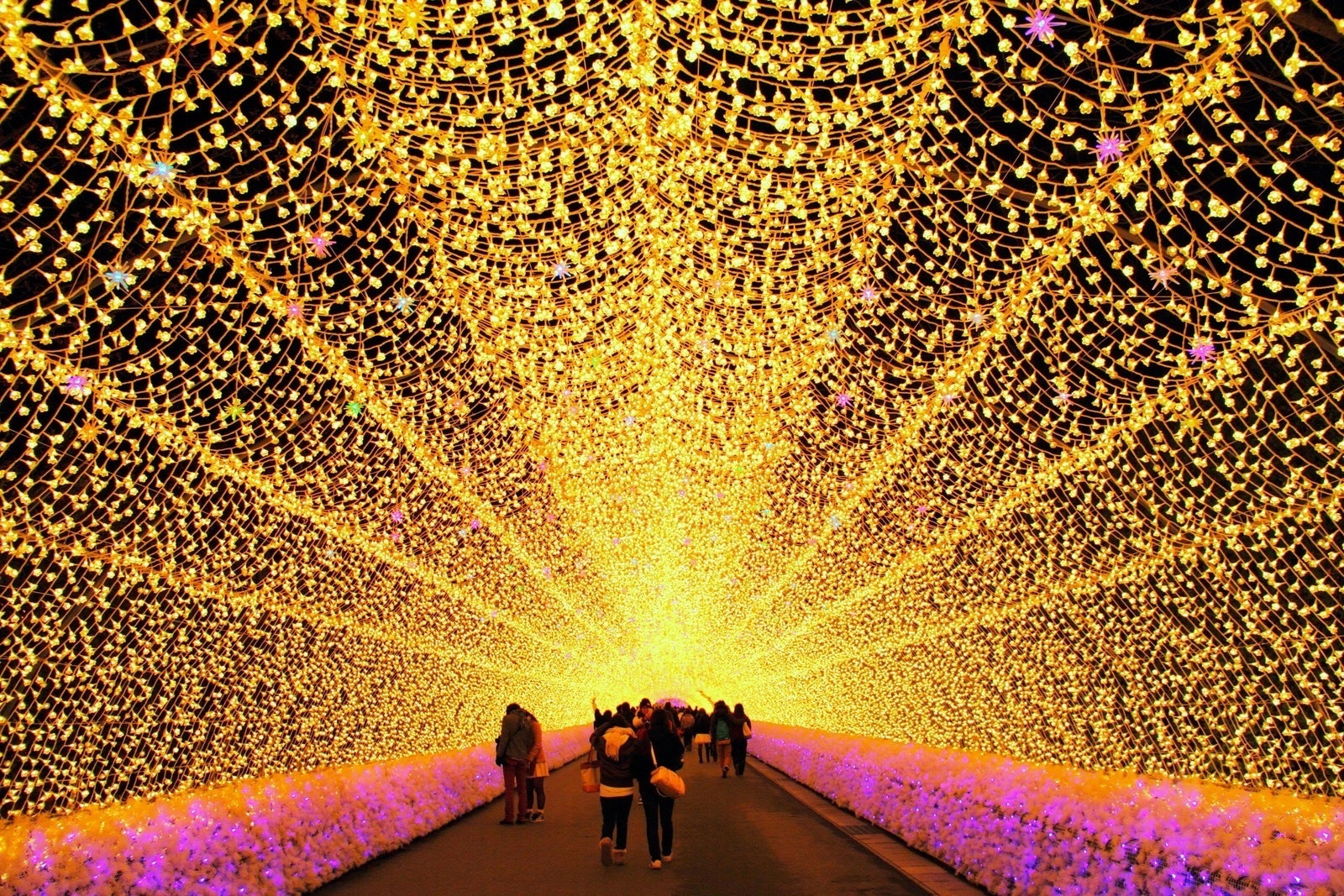 This video is a sightseeing video titled "Kuwana City Sightseeing Video Japanese ver." (桑名市観光動画 日本語ver), that introduces the charm of Kuwana City, Mie Prefecture in Japan's Tokai region. It was produced by the Kuwana City Public Relations Department.
Kuwana City is an attractive area dotted with a ton of hole-in-the-wall locations.
Check out our recommendations for sightseeing, including historical landmarks and leisure facilities.

Things to Do Near Kuwana City, Mie Prefecture

In Kuwana City, there are many beautiful sightseeing locations, such as Tado Taisha Shrine (多度大社, Tado Taisha), Kasuga Shrine (春日神社, Kasuga Jinja), the statue of Honda Tadakatsu who was a vassal of Tokugawa Ieyasu and his tomb, Rokkaen, as well as the former Moroto Seiroku Residence, and Moroto Garden.

Photo：Illuminations of Nabana no Sato

Kuwana City has many entertainment facilities where you can enjoy a special time.

Among them, Nagashima Spa Land is popular as one of the largest amusement facilities in Japan.
Nagashima Spa Land is introduced at 2:55 in the video, and the roller coasters are a ton of fun!
Nearby, Nabana no Sato is an attractive place where you can enjoy beautiful flowers and illuminations.
You can also enjoy shopping at Mitsui Outlet Park Jazz Dream Nagashima.

Kuwana City also hosts the Kuwana Suigo Fireworks Festival at the end of July every year, which gets packed with tourists.
We also recommend the morning market "Sanpachi," held on Teramachi Dori Shopping Street.

Kuwana City is also famous for its tasty gourmet cuisine.
Above all, the Yasunaga-mochi, sold at the long-established store Nagamo-ya, which has its headquarters located in the city, is a historical confectionary that was loved by travelers visiting Ise long ago.
This is shown at 0:59 in the video.

You can also eat delicious clams in Kuwana city thanks to it being located near the sea.
For souvenirs, we recommend buying boiled clams called "hamaguri no shigure-ni."
Kuwana City is also famous for shabu-shabu and sukiyaki shops, as well as spots where you can enjoy strawberry picking.
Taste the exquisite local cuisine in Kuwana City.

The culture, natural landscape, history, and gourmet food of Kuwana City introduced in this article are shown in even more detail in the video.