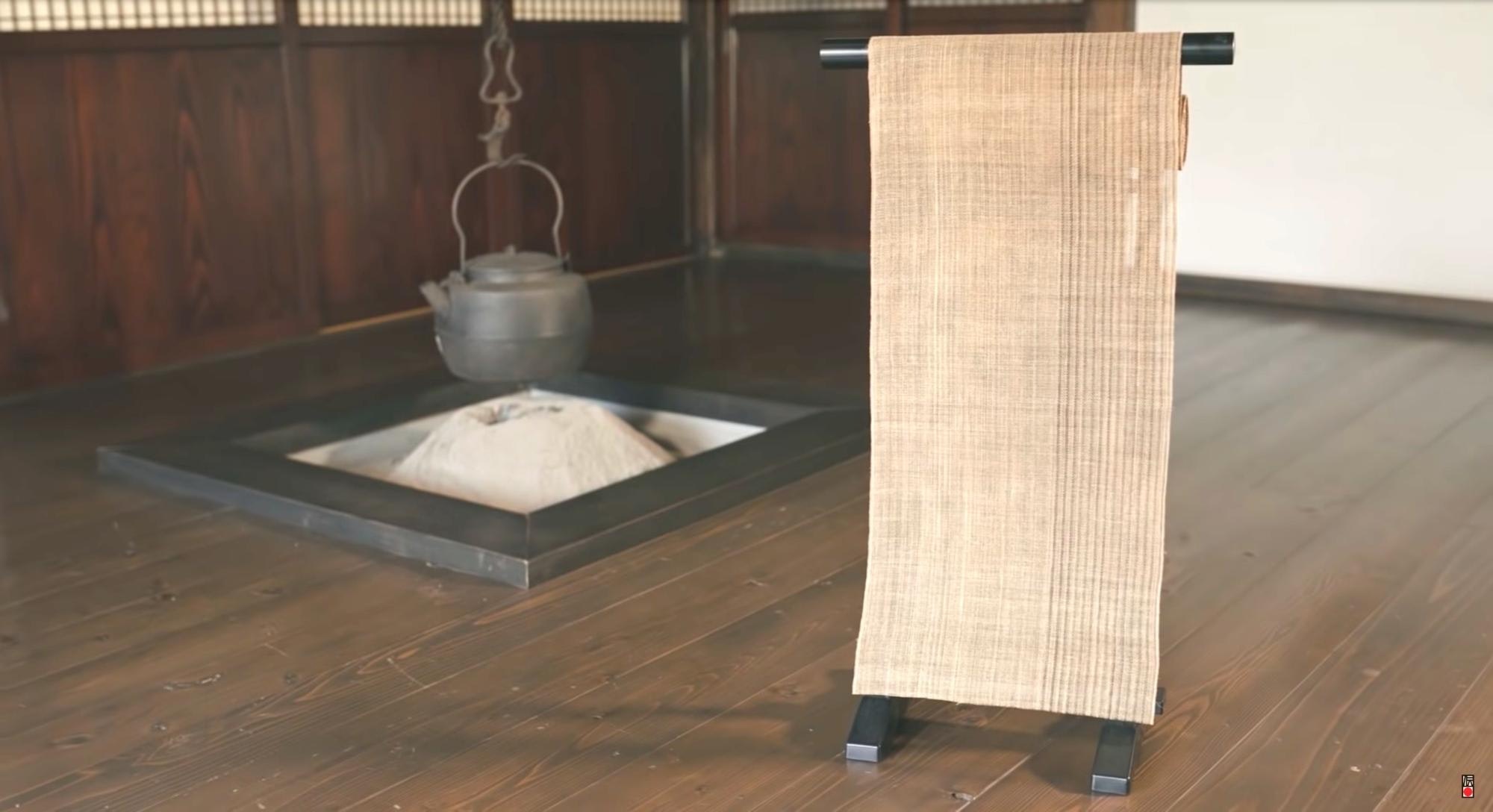 Uetsu shinafu fabric is the oldest fabric in Japan woven using tree bark fibers.
They were first created during the Jomon period (14,000 BC to 400 BC), and are counted as one of Japan's Three Ancient Woven Fabrics.

What Is Uetsu Shinafu? Introducing the Production Process and Methods Used to Make Them

The raw material of uetsu shinafu is bark derived from the Japanese Linden Tree, as shown from 0:33 in the video, with other sources being the bark of the, tilia maximowicziana, as well as the tilia noziricola.

Firstly, the bark is peeled and dried, then boiled in water containing wood ash.
Next, as shown in the video, the fibers are scrubbed in a river then dried once more.
Following that, the fibers are shredded by hand into thin threads in a process called shinasaki.
These threads are then joined to form one long thread in a process called shinaumi.
Then, the threads are twisted into a spool and called shinayori .
The skill of the craftsman is critical in this entire process, as it is all done by hand.

Where Can You Purchase Uetsu Shinafu Products?

Besides tourist areas in Yamagata Prefecture, uetsu shinafu products can also be purchased through mail order.
As for those who would like to try their hand at uetsu shinafu, the Uetsu Shinafu Promotion Council (振興協議会), the Shinaori Center (織センター), or Sekigawa Shinaori Village (関川しな織の里ぬくもり館) are all places you can visit.

Uetsu shinafu: exquisite works of art with a pleasant texture.
Isn’t it unbelievable that its origins date back to the Jomon period thousands of years ago?