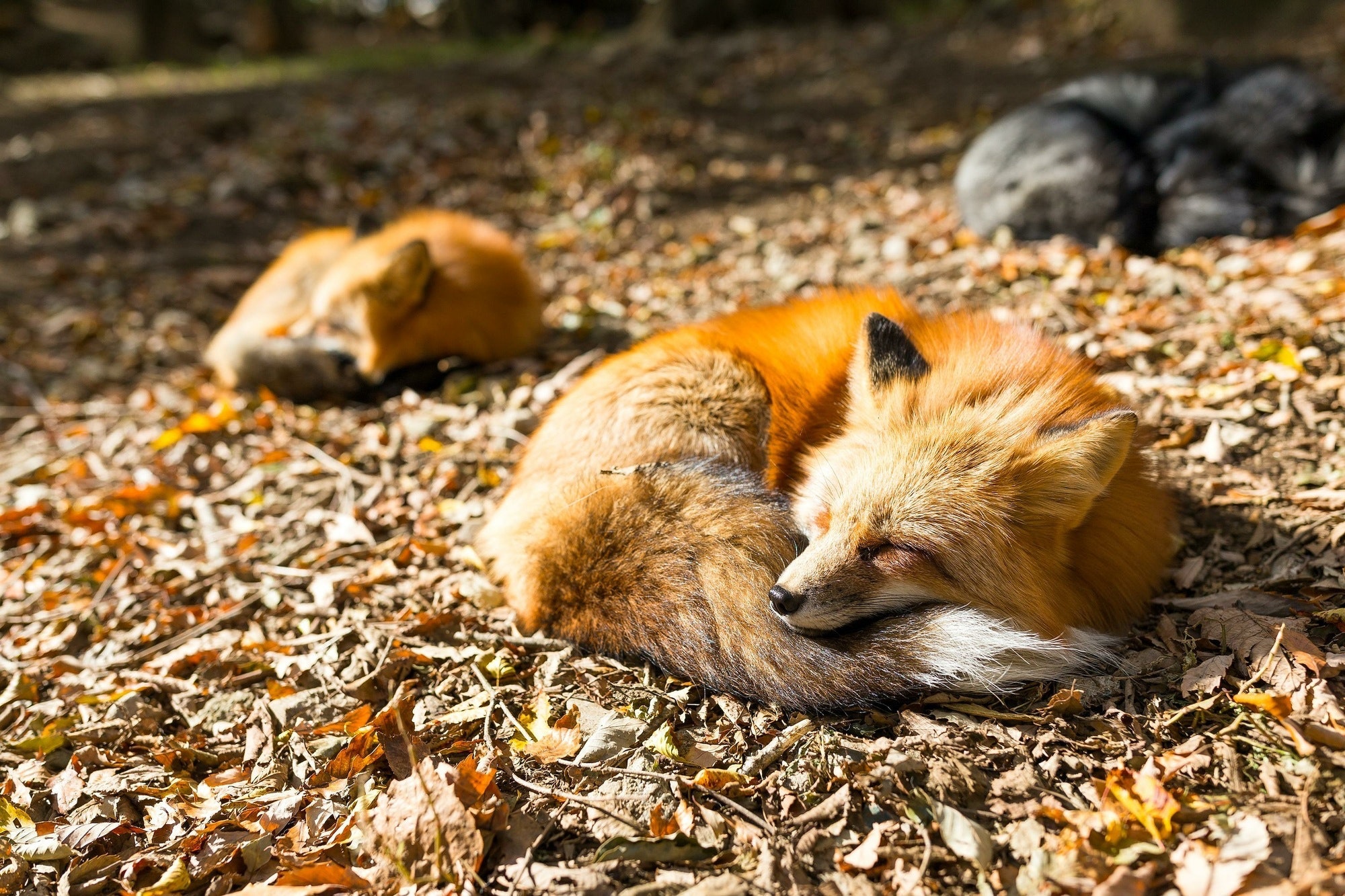 What is Zao Fox Village?

Located in Shiraishi City, Miyagi Prefecture, in Japan's Tohoku region, Zao Fox Village is a zoo/theme park where the artificial breeding of foxes is conducted, and the park is home to around 250 foxes of six different species.
With more than 100 foxes free-ranging and a petting area where even children can safely interact with the various foxes, this is a popular new tourist destination in Miyagi Prefecture that attracts many tourists.

Foxes are mammals that are widely distributed throughout Eurasia and the Americas.
Let's take a look at the six types of foxes that you can interact with at Zao Fox Village in Miyagi Prefecture.

・Red Fox
Generally speaking, when people think of foxes, they think of this type of fox.

・Arctic Fox
This is a species of fox that lives in cold regions and has a beautiful pure white coat.

・Sakhalin Fox
In Japan, Sakhalin foxes can be found in Hokkaido and became famous through the TV drama "Kita no Kuni Kara" (北の国から, From the Northern Country).

・Silver Fox
The silver fox is known for its high-quality fur.
However, it's a rare species that has been designated an endangered species due to overhunting and is now being protected.

・Platinum Fox
The platinum fox is very similar to the arctic fox, but this one has a bicolored gray and white coat, making it a very cute fox.

・Japanese Red Fox
A subspecies of the red fox that lives only in Japan.
They are generally slightly smaller than the common red fox.

・Cross Fox
It's a very rare fox, and at first glance it looks like a hyena or a raccoon.
It is said to be a mutant species of the Ezo red fox.

At Zao Fox Village in Miyagi Prefecture, there is also a veterinary hospital, and the premises are regularly disinfected and checked for insect/parasite eggs, so there's no need to worry about parasites (e.g., echinococcus) when playing with or feeding the foxes and kits.

In this video, a tourist to Japan visits Zao Fox Village.
At 0:38 in the video, you can see the foxes being pet and interacting with visitors.

Winter Is the Best Time To Visit Zao Fox Village

When it gets cold, foxes put on their fluffy winter coats.
Also, some of the foxes kept in the park are originally from cold climates, so if you want to enjoy Zao Fox Village to the fullest, we recommend visiting during the winter!
However, winters in Zao are quite harsh for people, so be sure to wear warm clothes!

Overview of the Facilities at Zao Fox Village

The following facilities can be found at Zao Fox Village:

・A domestic animal petting area
There are also rabbits, goats, ponies and other animals grazing in the park.

・A fox breeding area
Be sure to follow precautions as the parent foxes that have just given birth can be quite skittish.

・A store: Souvenirs from Zao Fox Village can be purchased here.

・The Play-hub rest area:
Here you can take a break while watching the natural scenery and the foxes at play.

・Inari Shrine: If there's one thing to remember about foxes in Japan it's their relation to Inari shrines.

・The woods
More than 100 foxes live peacefully in a natural wooded environment.

It’s said that foxes live everywhere in Japan, but wild foxes are very wary and rarely seen in daily life.
However, if you visit Zao Fox Village, shown in the video, you'll have the chance to see six different species of foxes up close.
The closest station to Zao Fox Village is JR Shiroishi Station.
It takes about 21 minutes to reach Zao Fox Village by cab from the station.