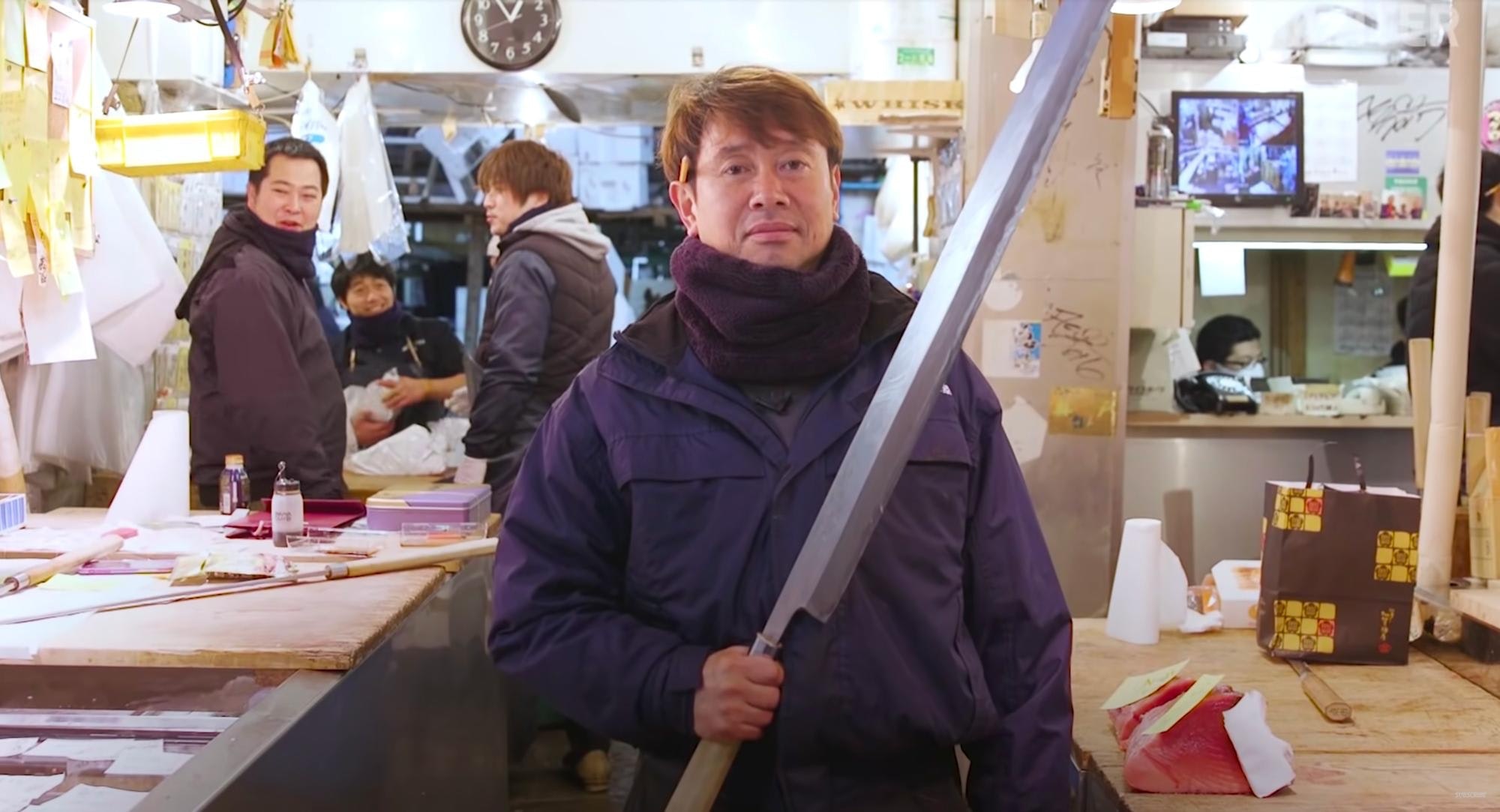 This video, titled "The Tuna King Reigns at Tsukiji Fish Market — Omakase Japan," was uploaded by "Eater."
The video is an interview with Yukitaka Yamaguchi, a middle man wholesaler specializing in tuna, an important ingredient in Japanese food.
He has a shop in Tsukiji Market, a central wholesale market in Tokyo.
You can see him dressing a tuna and the beautiful, glossy cut of the tuna in this video.

Tsukiji Market was opened in Tokyo in 1935 and it is one of the oldest comprehensive markets in Japan and one of the largest in the world in terms of seafood volume making it an important base for supporting Japanese food.

Unfortunately, due to deterioration, the market was moved to "Toyosu Market" in October 2018.
Tsukiji Market will be closed in the future, but the restaurants outside the market where you can eat fresh Japanese food still remain.
They are very popular, especially among the tourists.
This video was taken when Tsukiji Market was still open.

An Intermediate Wholesaler Specializing In Tuna at Tsukiji Market

Yukitaka Yamaguchi is an intermediate wholesaler specializing in tuna, mainly bluefin tuna.
Middlemen like Yamaguchi purchase tuna by participating in tuna auctions, and then sell it to retailers and restaurants.

He is a particularly picky about the tenderness of the tuna used for sushi.
He is a professional connoisseur who takes responsibility for his tuna and aims to be the best tuna seller in Tsukiji.
He's introduced at 0:12 in the video.

In the past, red meat, called "zuke" in Japanese, was eaten and toro, a luxury food item today, was thrown out.
It was not until sushi became available for the common people that sashimi toro came to be favored.
Yukitaka Yamaguchi explains this from 0:44 in the video.

His store sells five types of tuna: bluefin tuna, bigeyed tuna, yellowfin tuna, broadbill swordfish, and striped marlin.
Yamaguchi purchases huge amounts of tuna to distribute to around 1,000 restaurants, mainly restaurants specializing in Japanese cuisine.
He selects each tuna according to the cuisine it will be used for.
Many restaurants rely on him as a tuna middleman to keep their business running smoothly.

Yamaguchi says that the most exciting part of tuna is when he cuts in, because he cannot tell if it is a good tuna until he dress it.
He gets really excited when he buys expensive tuna.
Yamaguchi feels that tuna caught in fixed nets around Sado Island (佐渡島, Sado Shima) in the Sea of Japan in April and May, when the fat content is well-balanced, tastes the best, but he says that of the tens of thousands of tuna he handles, only about 100 per year are truly good, and they are rare.

Because Yukitaka Yamaguchi loves tuna, he has been studying tuna and supporting the Japanese food culture of eating it!