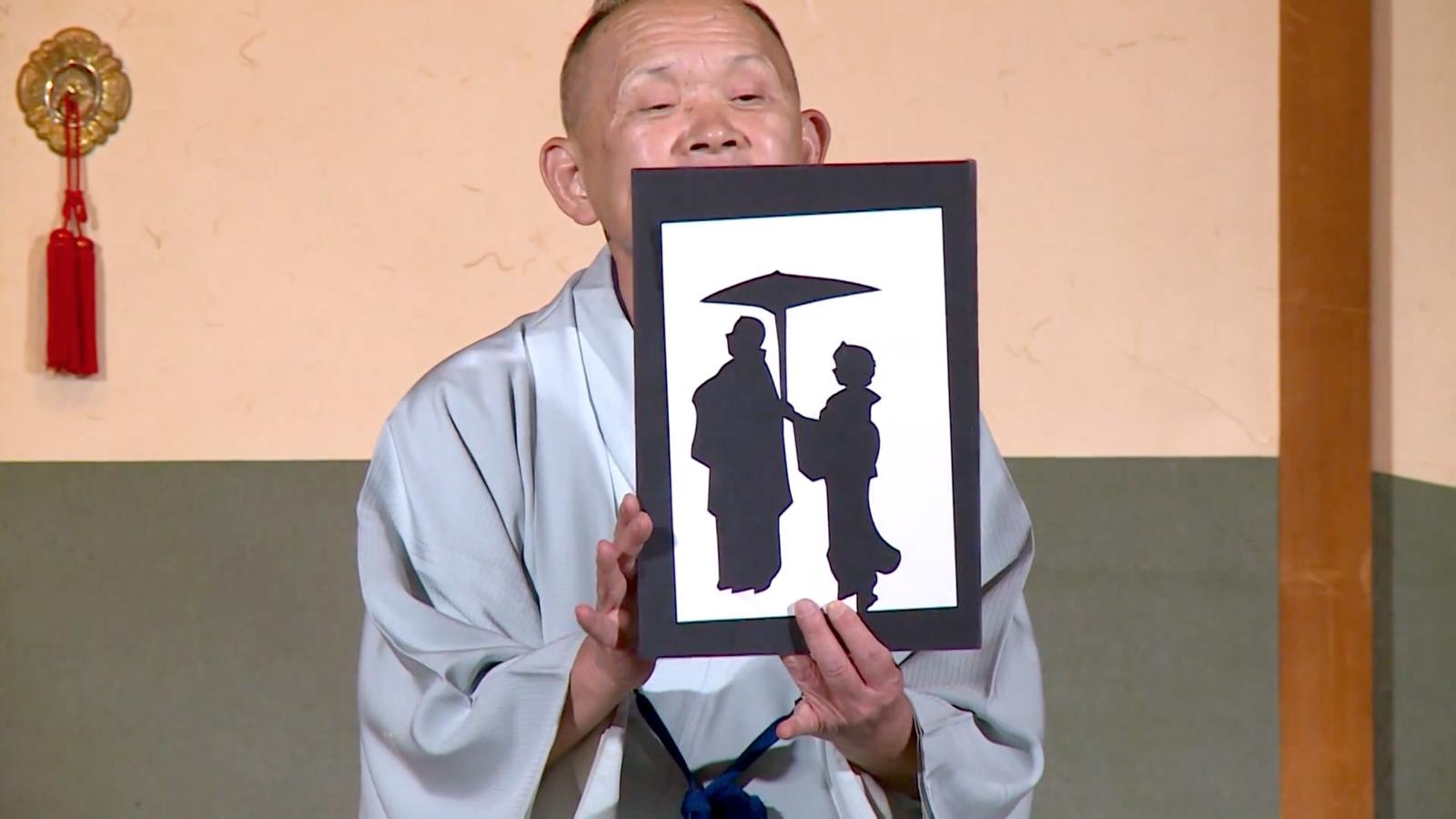 Kamikiri: The Art and its Origins

This video is titled "Kamikiri (Yose)" (紙切り（寄席）), and it was created by “bunkachannel”. Rakugo is a traditional Japanese culture.
Yose refers to the theater where rakugo takes place.
But did you know that besides rakugo, there’s another performance called “kamikiri,” introduced in this video, that is conducted in a yose?

“Kamikiri” is an impromptu performance where the performer cuts out paper according to the theme provided by the audience.
Its roots are in the Edo period (1603-1868), where it was performed as entertainment for banquets, and it was established as a performing art in the Meiji period (1868-1912).
It truly is a piece of art, made with just a single pair of scissors.
It is a traditional performing art that is popular among foreigners as well.

Watch a 3-minute video of this historic Japanese traditional performing art that is not only beautiful but also funny.

The two performers in this video are Shoraku Hayashiya and Niraku Hayashiya, both famous for their skills in kamikiri.
Shoraku is a kamikiri master, and he performs on television programs as well as at theaters in Asakusa (浅草, Asakusa) and Ueno (上野, Ueno).
He performs not just in yose, but in theaters in and out of Japan.

At 1:09 in the video, you can see a kamikiri of a man and women sharing an umbrella, a type of kamikiri Shoraku is particularly skilled at.
Be sure to check it out!
His apprentice, Mr. Niraku, has also inherited his master’s skills and traditions, and has gained popularity through his storytelling-based kamikiri.

There’s no need for complicated language when it comes to kamikiri.
It’s a performance that can be enjoyed by anyone who understands shapes, so beginners who have trouble understanding the more complicated rakugo, or non-Japanese people can also enjoy kamikiri!

Kamikiri: It’s Harder Than It Looks!

One of the main characteristics of paper cutting is that there are no mistakes. The rakugo performer sits on the “koza” (the stage of the yose) and collects requests from the audience.
You only have one shot—no drafts or second chances!
At 1:32 in the video, he receives a request for a “Wind Chime Shop” from an audience member.

He cuts the paper in an instant, following the beat of the hayashi music.
Just cutting it while sitting stiffly isn't interesting. Therefore, the performer uses small talk and story telling to captivate the audience.

The resulting forms are scenes from traditional Japanese kabuki plays, animals, anime characters and more.
Each kamikiri is also crafted differently.
The finished art is passed out as a souvenir, as you can see in 2:25, so try to reserve a first-row seat if you’re watching in a yose!

In order to perform kamikiri, you must have the skill of a craftsman: the skill to cut the paper while imagining various finished versions of the art in your mind.

The only tools you need to perform the traditional Japanese performing art “kamikiri” are one pair of scissors and one piece of paper.
Because it is so easy to begin, there are lessons that teach how to do kamikiri, changing rakugo and kamikiri into something that is more familiar to us.

However, the two members of the Hayashi family have a unique sense of humor that is not easy to imitate.
Experience the awesome performances of these professionals in this video.

吉田 セツ（Setsu Yoshida）
After working in education, I returned to the countryside and became a double-employed writer.
SUBSCRIBE