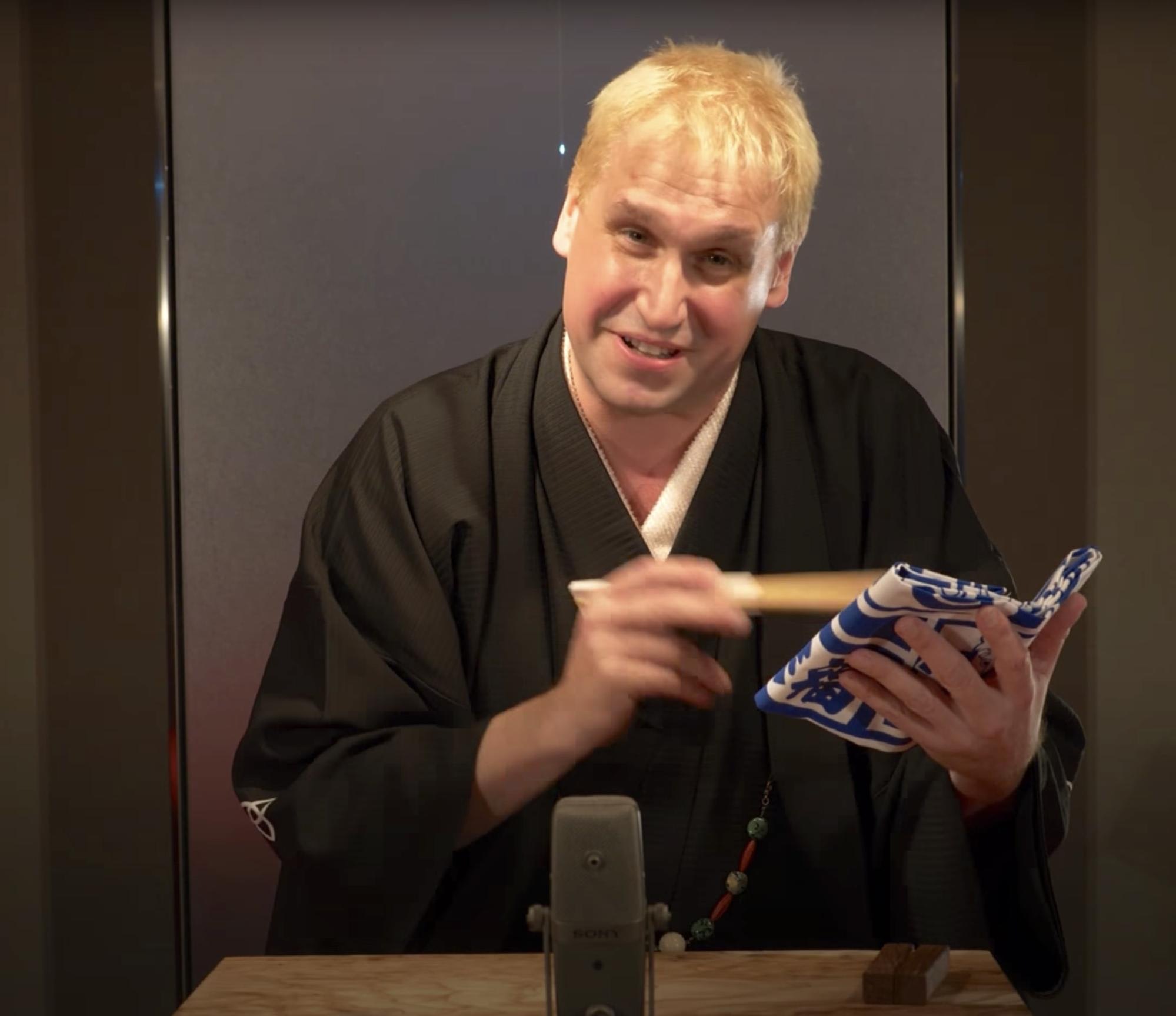 Canadian rakugo performer affiliated with Yoshimoto Kogyo, Katsura Sunshine introduces Japanese keigo with a Japanese "keigo dictionary" in hand, in a rakugo style that is sure to make you laugh!

The dictionary contains everything from the highest level of Japanese honorifics to rude words and phrases.
For example, "Thank you" is considered both...
The more honorifics used, the longer the sentences become, and the harder it is to translate it into English.

In English, a simple "Thank you" would be enough, but in Japanese, there are many different words with the same meaning, and this often confuses non-native speakers.
Enjoy the differences between English and Japanese with this fast-paced English Rakugo!