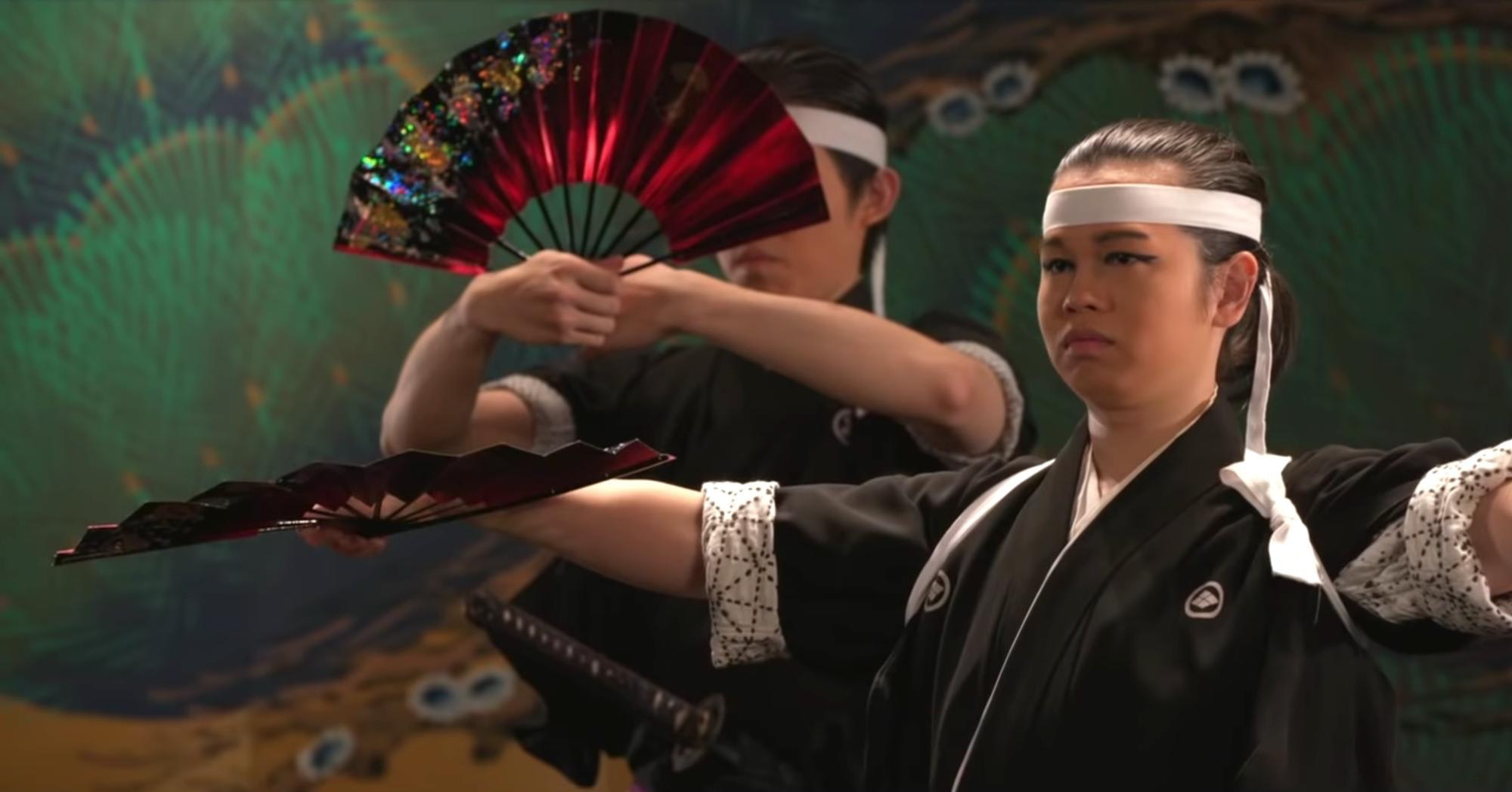 This video, titled "Kenshibu Super Team｜Promotional Video 'PASSION ~ Like a Blaze ~'," was released by the "Japan Ginkenshibu Foundation."

A Closer Look at Kenshibu, a Traditional Japanese Performing Art

The history of Ginkenshibu, the traditional Japanese performing art introduced in the video, dates back more than 100 years, and is said to have started when a samurai in the Edo period (1603-1868) danced whilst holding a sword.
It was not until the Meiji period (1868-1912) that Hibino Raifu shaped the style of the current sword dance based on the forms used in Japanese swordsmanship.

In most cases, different characters are in charge of the sword dance, which is performed brilliantly with the movements of kenjutsu and iaijutsu, and the poetry dance, which incorporates the techniques of Chinese poetry, Japanese Waka poetry, shigin, and Japanese music.
The performance may be performed by two people who do the sword dance and poetry dance or done by a large number of performers.
The characteristic of the traditional Japanese performing art, Kenshibu, is that swords and fans are used in the performances.
Performers of the traditional performing art, Kenshibu, are required to have the spirit of Bushido, the spirit and dignity of a samurai. From 0:44 of the video, you can see the powerful Kenshibu performance.

The Kenshibu Super Team is a project started to raise the next generation of Kenshibu artists while inheriting the techniques of the traditional Japanese performing art.

Kenshibu Super Team's Shoko Shibata is a member of the Japan Soshinryu and started the traditional performing art Kenshibu when he was in elementary school.
The highly skilled members of the team, including Shoko Shibata, Irikura Shouou, Gaikou Sotome, Houyo Kutsukawa, Yuuyo Sugiura, and Bishin Nagasawa; perform the Kenshibai Super Team performance "PASSION ~ Like a flame ~" introduced in the video at the beginning of this article.
Many spectators are mesmerized by the dynamic and intense movements of Kenshibu.

Summary of the Kenshibu Super Team