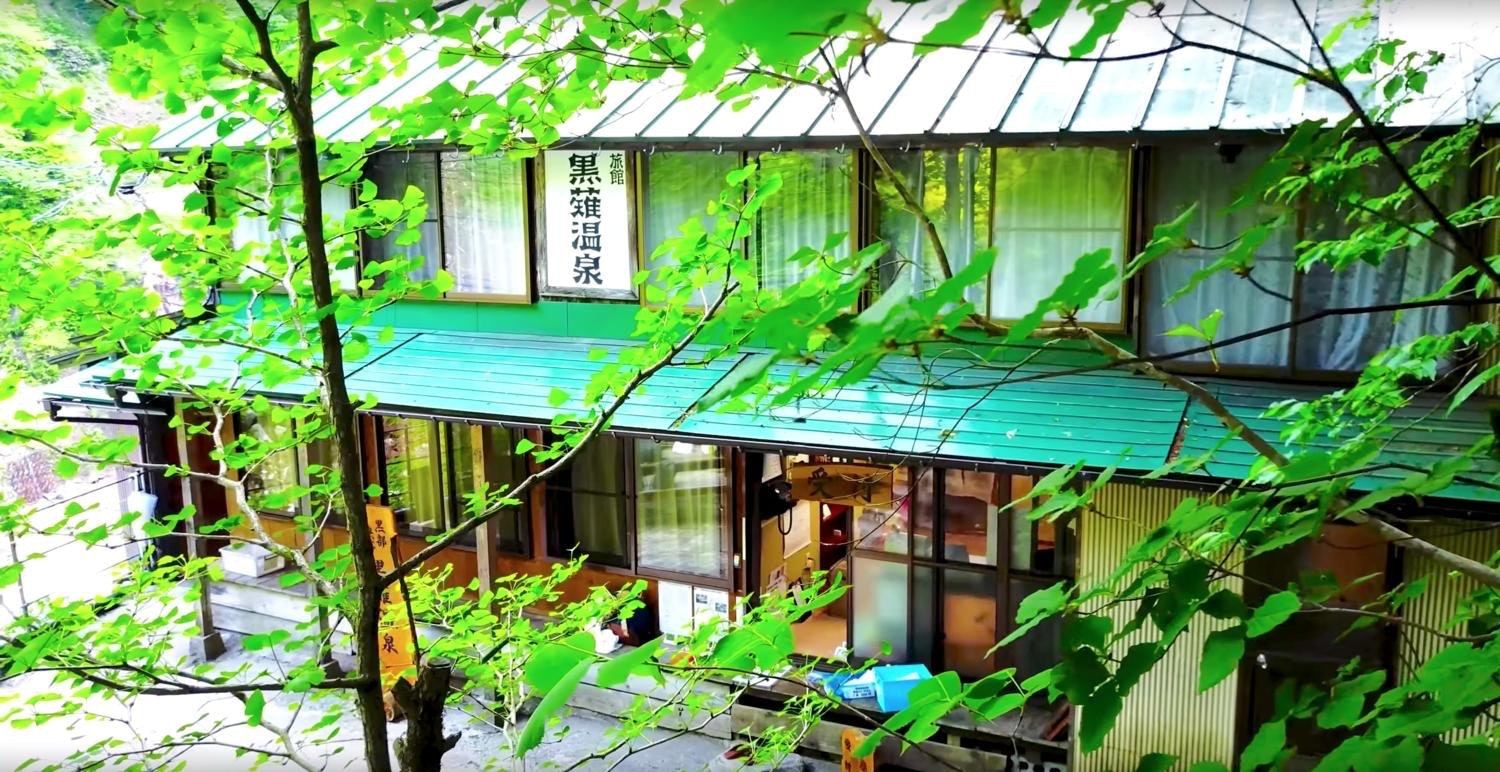 It has been said that Kuronagi Onsen was discovered in 1645 by Tarozaemon who lived in what is now Kurobe City, Toyama Prefecture.
The Okukurobe area was an important trading center as it was connected to Echigo and Shinano, but the Kaga Domain at the time forbade entry to Kuronagi Onsen and did not inform the surrounding areas of this as it was a valuable therapeutic spa.
However, residents in the area around the hot spring got wind of the hot springs' existence and often went to the hot springs in secret, and were frequently censured by the clan.
It was finally opened to the public in the mid-twentieth century, thanks to the construction of a railway for power supply development along the Kurobe River.

The only way to access Kuronagi onsen is by taking a tram.
From Unazuki Station to Kuronagi Station, it takes about 25 minutes via tram.
You can enjoy the beautiful scenery from the tram as well.
It's great for taking photos as well, so don't forget your camera!

The spring at Kuronagi Onsen is classified as a simple, weak alkaline hot spring.
The hot spring is said to be effective at treating various diseases such as neuralgia, myalgia, arthralgia, chronic digestive disorders, and sensitivity to cold.

Anyone can take a free break in the inn's facilities after bathing as well.
The building was built more than 100 years ago in the Meiji era (1868-1912) and has been renovated several times over the years, but the pillars have been left intact.
All the rooms are Japanese style and there are separate men's and women's baths on the basement floor.

Kuronagi Onsen Ryokan is located in a deep mountainous area, so the surrounding area is not as glamorous as a hot spring resort.
All guests eat together in the dining room at the hot spring inn.
They serve traditional Japanese cuisine, but you can also enjoy river fish and other Japanese foods unique to the mountainous area.
At the foot of the Kurobe Valley lays Unazuki Onsen and Babatani Onsen.
Some of the guests of Kuronagi Onsen enjoy Unazuki Onsen and Babatani Onsen on a day trip as well.

There are so many different tourist spots in Kurobe city, Toyama!
Try to visit different spots and make your trip meaningful.
There's a tram, canyons, an observatory, Okugane bridge, and more!
Make a list of where you want to visit and find the spots that will fascinate you.

Kuronagi Onsen Ryokan is a traditional Japanese style ryokan with a profound history.
You would never guess that there was a hot spring in the middle of Kurobe Canyon.
The only way to get there is by tram and on foot.
Visit the hidden hot springs and be surrounded by the beautiful landscape.

We are so used to living a life full of possessions and without inconvenience. Perhaps true luxury may be to spend time with nothing...