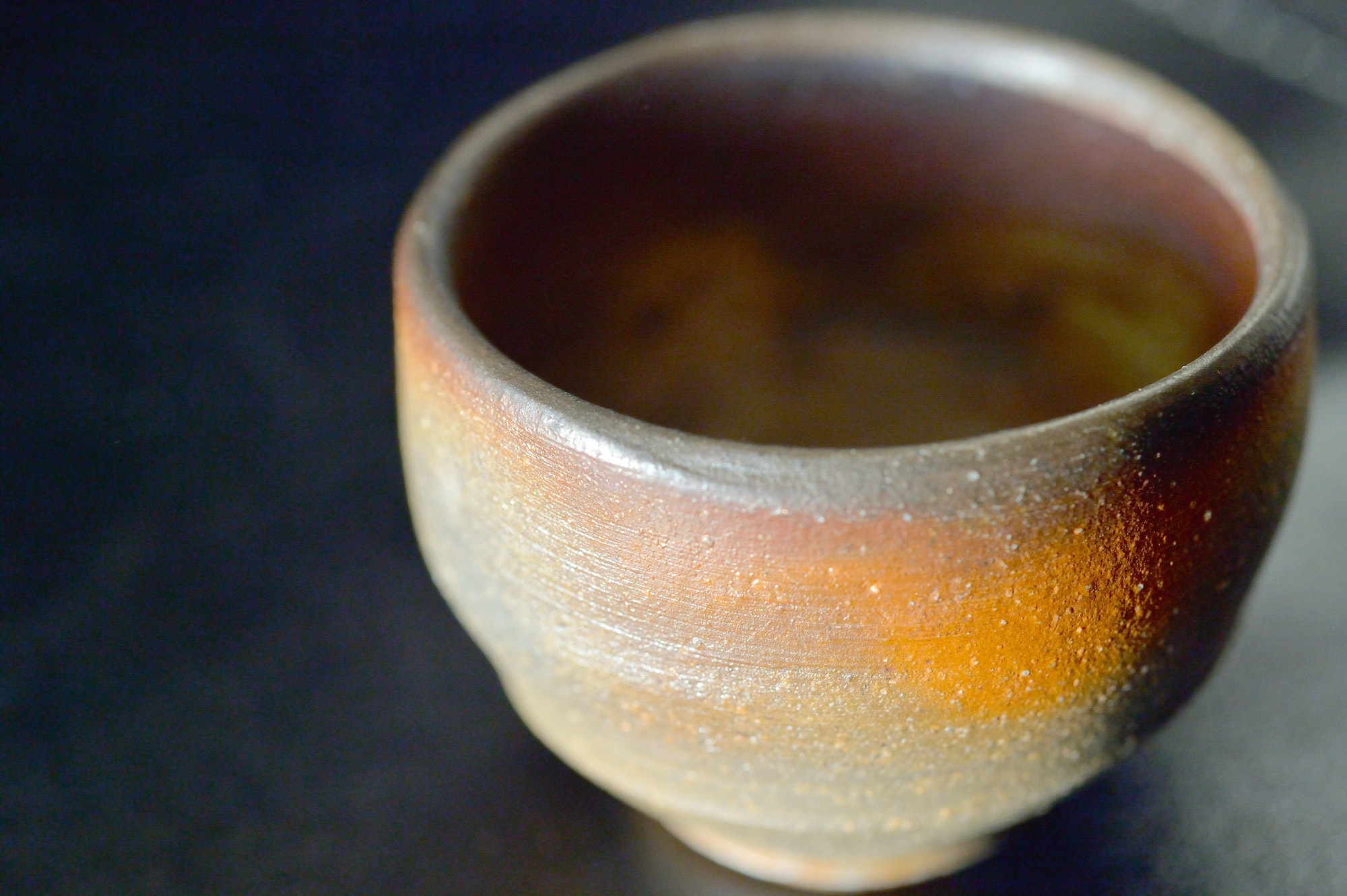 Bizen Ware is a traditional Japanese craft with a long history and is known as one of the "Six Ancient Kilns of Japan" and well as being known as "Inbe Yaki."
Bizen Ware is a traditional pottery that is popular for its solid reddish/brownish color, glassy surface, and rugged texture, which are brought out by its unique unglazed appearance through a method of high-temperature firing via direct contact with the flame.

Bizen Ware is made of unique clay obtained from the rice fields in Okayama Prefecture.
It is called one of the "Six Ancients Kilns" because it can be found in literature dating back to the Heian period (794-1185 AD).
Since then, Bizen Ware has continued to produce tea ware masterpieces and successors are still being trained today.
Bizen Ware has long been a prominent part of the culture and industry of Okayama Prefecture, located in Japan's Chugoku Region (中国地方, Chugoku-Chiho), and is a representative pottery of Japan.

Bizen Ware is a popular pottery with ancient traditions and prestige, and is valued highly, as some of the most famous kilns have produced artists and craftsmen who have been designated as living national treasures.
Having said that, modern Bizen ware is not so expensive that its unaffordable.
After the Kamakura period (around 1185 to 1333 A.D.), Bizen Ware was no longer used solely by nobles and aristocrats, but was also popular as everyday utensils used by samurai and townspeople alike.

Because no chemicals are used, the texture is not smooth like porcelain, but rugged with a rustic texture.

How Bizen Ware is Made

1. Kneading the clay (Video 0:34～)
Bizen Ware commonly uses clay that lies 3-5 meters below the surface of a rice field.

2. Molding (Video 0:48～)
Remove the air from the clay making it sticky and preventing cracks and crevices from forming.
A potters wheel is used here.

4. Setting in a kiln (Video 1:44～)
Pieces are carefully placed into the kiln to achieve the most beautiful firing results.

Bizen Ware Patterns as Shown in the Video

You can see the finished pieces in the video.

・Goma (Video 3:03～)
Ashes from the firewood fall on the pieces during the firing process.
The ashes react with the soil and become vitrified, creating a variety of patterns.

・Sangiri (Video 3:12～)
Charcoal is thrown into the kiln at the end of the firing process to create a pattern of contrasting color changes from white, blue, and yellow in parts.

The other name for Bizen Ware "Inbe Yaki" (Imbe Yaki) came from the local place named "Inbe."
Now there are many Bizen Ware Pottery kilns and studios with galleries around Inbe Station in Okayama Prefecture, and the Bizen Ware Festival (also called the "Bizen Pottery Festival") held every autumn attracts many pottery fans and tourists from all over Japan.
Even today, Okayama Prefecture promotes the history and culture of traditional Japanese crafts through Bizen Ware works.
There are everyday products that can be used for everyday living, such as mugs and glasses for beer as well.