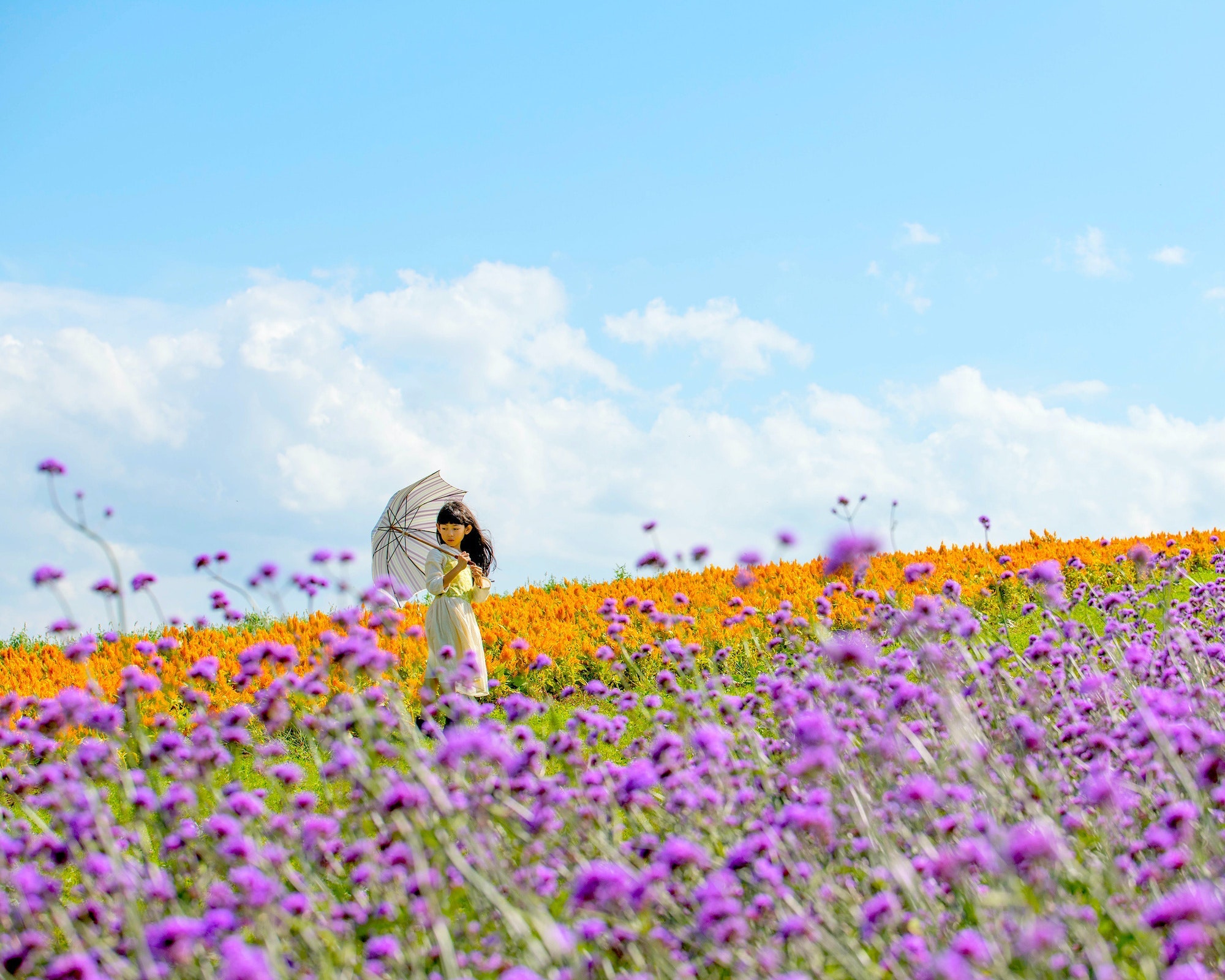 Yakurai Garden - A Famous Spot for Flowers in Miyagi Prefecture

It was Halloween season when the video was shot, and Yakurai Garden's park was decorated with many cute jack-o-lanterns to celebrate the occasion.

During spring and fall, when the weather is particularly nice, the park offers a variety of events that allow visitors to see a myriad of colorful flowers in full bloom.
The LED lights and seasonal decorations add to the atmosphere of the park, creating an exciting space.
Yakurai Garden has more than 400 varieties of plants in full bloom from season to season.
There are several flower fields at Yakurai Garden, and at the far end of the garden there's a small hill called "Rainbow Garden Fululu no Oka" (虹色ガーデン ふるるの丘) where you can enjoy a panoramic view of the flowers in full bloom.
The beautiful flower garden at Rainbow Garden Fululu no Oka can be seen from 2:57 in the video.
Red, purple, yellow, white, orange, and other colors are spread out creating a carpet of rainbow colors.

If you're ever in Miyagi Prefecture, be sure to check out Yakurai Garden.
The beauty of the flowers in full bloom is sure to captivate you!

Facilities at Yakurai Garden, a Famous Spot for Flowers in Miyagi Prefecture

Yakurai Garden is a vast area of 150,000 square meters with eight themed gardens, including a rose garden, herb garden, and more.
The park is open from mid-April to late November when the colorful flowers are at their best.
Admission is 700 yen for adults and 200 yen for elementary and junior high school students.
Yakurai Garden, which has many limited-time fairs and seasonal events, as the types of flowers you can see change with the seasons, also has a chapel which can be seen from 2:38.
It’s a very popular place for weddings.
Pledging eternal love while surrounded by candles under the starlight makes for one of the most romantic weddings imaginable.

There's also an herb store popular among women, a beer hall with local beer popular among men, and a family-friendly restaurant where you can enjoy lunch at a reasonable price.
The herb store at Yakurai Garden also offers aromatherapy, garden interior design, and arts and crafts classes for both parents and children.

Summary of Yakurai Garden, a Famous Spot for Flowers in Miyagi Prefecture

The Yakurai Garden area has been redeveloped as Yakurai Resort.
As a result, the area around Yakurai Garden is full of lodging facilities, such as pet friendly cottages and hot springs, and affiliated hotels for you to stay at.
The resort is a popular picnic area in the summer and in the winter it's popular as a ski resort, with ski slopes for children as well, so families can enjoy the resort all year round.
For the dads out there, we recommend the restaurant Bunarin, which has an all-you-can-drink local beer plan!