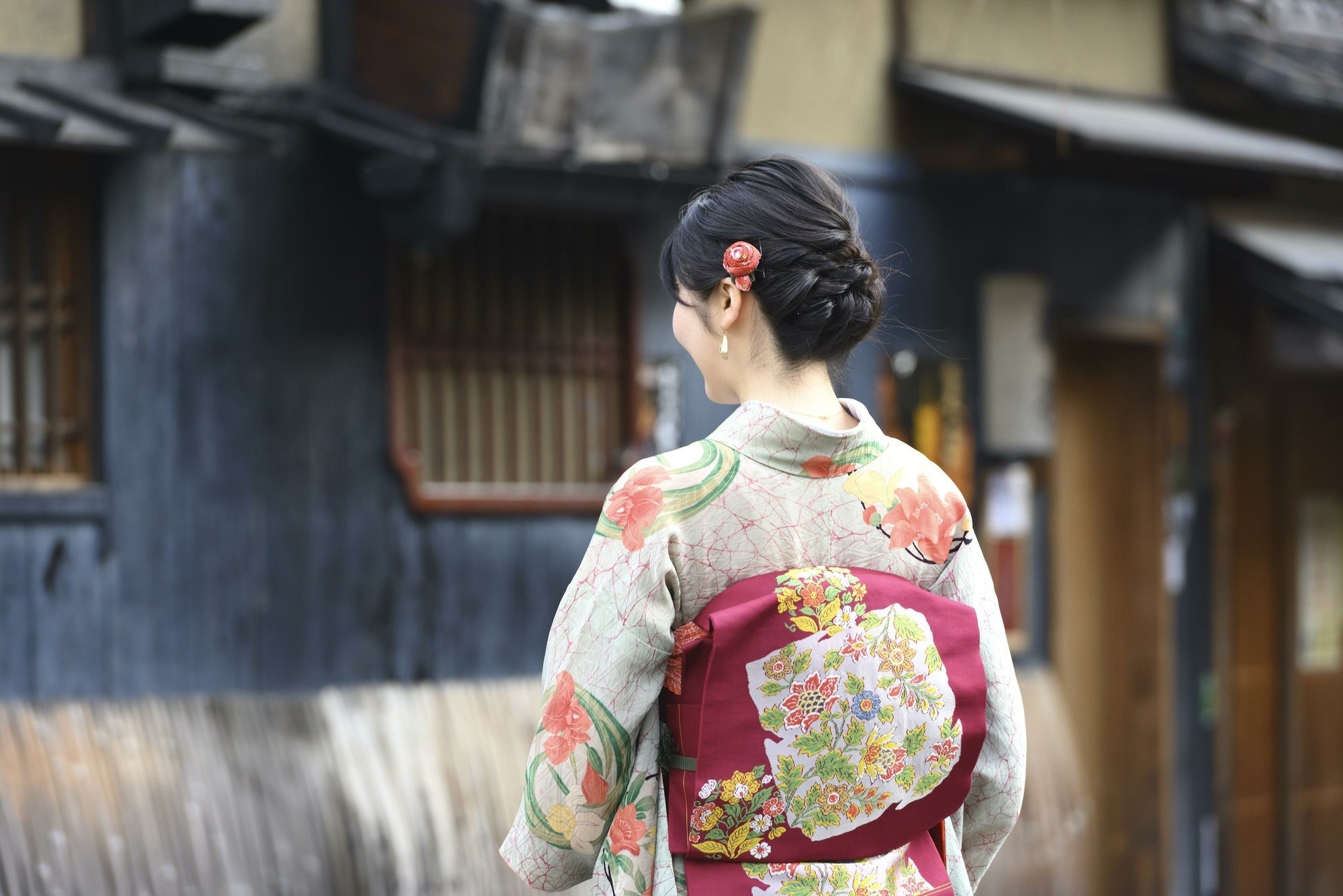 This video, titled "Ikeuchi Yuzen - Forms of Yuzen Dyeing, an Art That Gives Color To the Modern World / IKEUCHI YUZEN" (池内友禅～現代を花やかに彩る友禅染のかたち～), was released by "Yuzen Ikeuchi." It introduces the manufacturing process of Yuzen Ikeuchi, a type of Yuzen dyeing.

Yuzen dyeing, which is used for Japanese kimono, is a traditional craft that represents the Genroku culture that blossomed in Kyoto and Osaka in the middle of the Edo Period.
The name "Yuzen" comes from Miyazaki Yuzen, a fan painter who invented Yuzen dyeing during the Edo Period.

A Look at Ikeuchi Yuzen, a Type of Yuzen Dyeing Introduced in the Video

Yuzen Ikeuchi is a Yuzen dyeing workshop in Arashiyama, Kyoto.
In the old-fashioned workshop, various works such as homongi (One of the types of Japanese women's kimono), furisode, and kimono accessories are made.

In his work, Yuzen dyeing artist Masahiro Ikeuchi, introduced from 0:34 in the video, tries to express the magnificence of humanity while being inspired by the splendor of nature in Japan.

The Yuzen Dyeing Techniques Introduced in the Video

A major feature of yuzen dyeing, a traditional Japanese craft, is the delicacy of the patterns.
Yuzen dyeing is all hand-dyed and uses a starchy resist dye.
In the past, yuzen involved washing the fabric in the river after it was dyed.

There are various types of Yuzen dyeing, such as Kyo Yuzen, Kaga Yuzen, and Tokyo Yuzen.
Each dyeing technique is different, and you can enjoy the different patterns of each style.

A Look at the Yuzen Dyeing Introduced in the Video

So how is Yuzen dyeing done?
Let's take a look at the main steps in the dyeing process.

1. Zuanzukuri (図案作り): Drawing a design
2. Aobana Utsushi (青花写し): Copying the design onto the fabric
3. Itomenori-oki (糸目糊置き): The process of putting anti-dye paste around the patterns to be dyed.
4. Ji-ire (地入れ): Stretching the fabric to prevent unevenness in color that may occur later.
5. Yuzen-sashi (友禅挿し): After the fabric is stretched, the patterns are filled in with a brush.
6. Noribuse / Roubuse (糊伏せ / ロウ伏せ): The dyed patterns are covered with rice glue or wax to prevent the background color from seeping into them.
7. Hikizome (引き染め): Hikizome is the process of dyeing the background color of the fabric with a brush.
8. Mushi (蒸し): Mushi is a process of fixing the dye to the fabric using steam power.
9. Mizumoto (水元): Mizumoto is the process of rinsing off excess dyes and glues left on the fabric from the previous processes with water.
10. Yunoshi (湯のし): Yunoshi is a finishing process, in which steam is applied to the shrunken or distorted fabric in order to remove wrinkles and align its length and width.
11. Some-agari (染め上がり): After the mushi, mizumoto, and yunoshi steps are completed and the glue and wax are removed, the lines of the threads appear clearly and the dyed patterns emerge vividly.
12. Shiage / Kinkako / Shishu (仕上げ / 金加工 / 刺繍): The process of decorating the dyed fabric with gold leaf and embroidery to make it gorgeous.
13. Shitate / Karieba (仕立て / 仮絵羽): Karieba is the process of sewing a single, fully processed piece of cloth into the shape of a kimono.

The kimono made through these processes are incredibly beautiful.
In the video, you can see a woman wearing a Yuzen-dyed kimono walking through the streets of Kyoto.

Summary of Yuzen Dyeing, a Traditional Craft of Kyoto

Yuzen dyeing is done with the precise hand-dyeing techniques shown in the video.
The beautiful patterns have fascinated people for many years.

On top of the traditional patterns, there are also a number of modern pieces of Yuzen dyeing, so you're sure to find one you like!