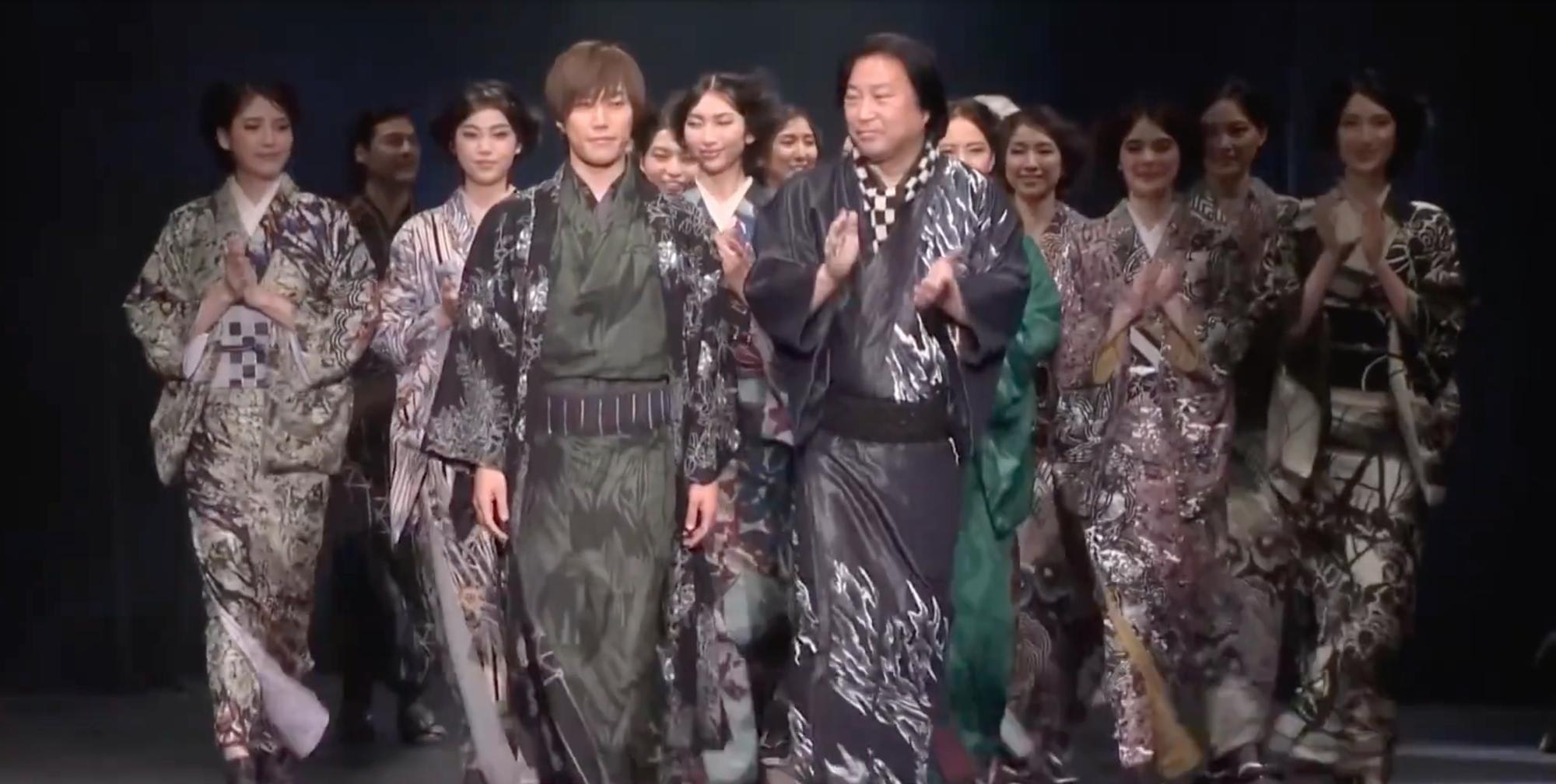 The Long History of the Japanese Kimono

This video, titled "Kimono inspired by the ‘street’, Jotaro Saito | V&A" was created by "Victoria and Albert Museum."

The kimono is an important part of Japanese culture.
The knowledge and techniques required to create beautiful kimono have been passed down for centuries.
Have you ever heard of Jotaro Saito?
The video will introduce the kimono designer, whose work is famous both inside and outside of Japan.
In the article, we'll provide supplementary information about Jotaro Saito.
If you're interested in traditional Japanese culture, we highly recommend checking out the video!

In this video, Jotaro Saito talks about how his kimonos are made.
There are English subtitles available for those who don't speak Japanese.

Jotaro Saito was born in Kyoto in 1961.
His family owns a well-established dyeing store that has been in business for over 80 years.
He was brought up in an environment surrounded by kimono.

In the interview, Jotaro Saito talks about how his kimono are designed to bring out a woman's sexiness.
He also explains that "street" is the main source of inspiration for his designs from 0:46 in the video.

From 2:56 in the video, Jotaro Saito touches on the manufacturing process and areas of specialization, such as embroidery, that make up the design of his kimonos.
You can also take a look at how the designs are hand-drawn onto the kimono in the video.

It's a very informative video for anyone wanting to learn more about the kimono-making process and how kimono patterns are created.

His kimono designs are based on the Yuzen dyeing method (友禅) which he learned from his father.
This method of dyeing is combined with special weaving techniques to create truly unique kimono designs.

Jotaro Saito is also famous for his interior design work in buildings such as the Ritz-Carlton Kyoto (ザ・リッツ・カールトン京都) and the Grand Prince Hotel Shin Takanawa (グランドプリンスホテル新高輪).
He also runs his own café called JOTARO SAITO in Ginza (銀座).
Make sure to stop by during your trip to Japan and have a look at some of the Jotaro Saito goods for sale!

Jotaro Saito's work is being recognized worldwide and his kimonos have been featured in Japan Fashion Week in Tokyo and he has even had the opportunity to create outfits for Lady Gaga.

For those interested in traditional Japanese clothing, such as kimono, furisode and yukata, we highly recommend taking a look at some of Jotaro Saito's beautiful kimono in the video!