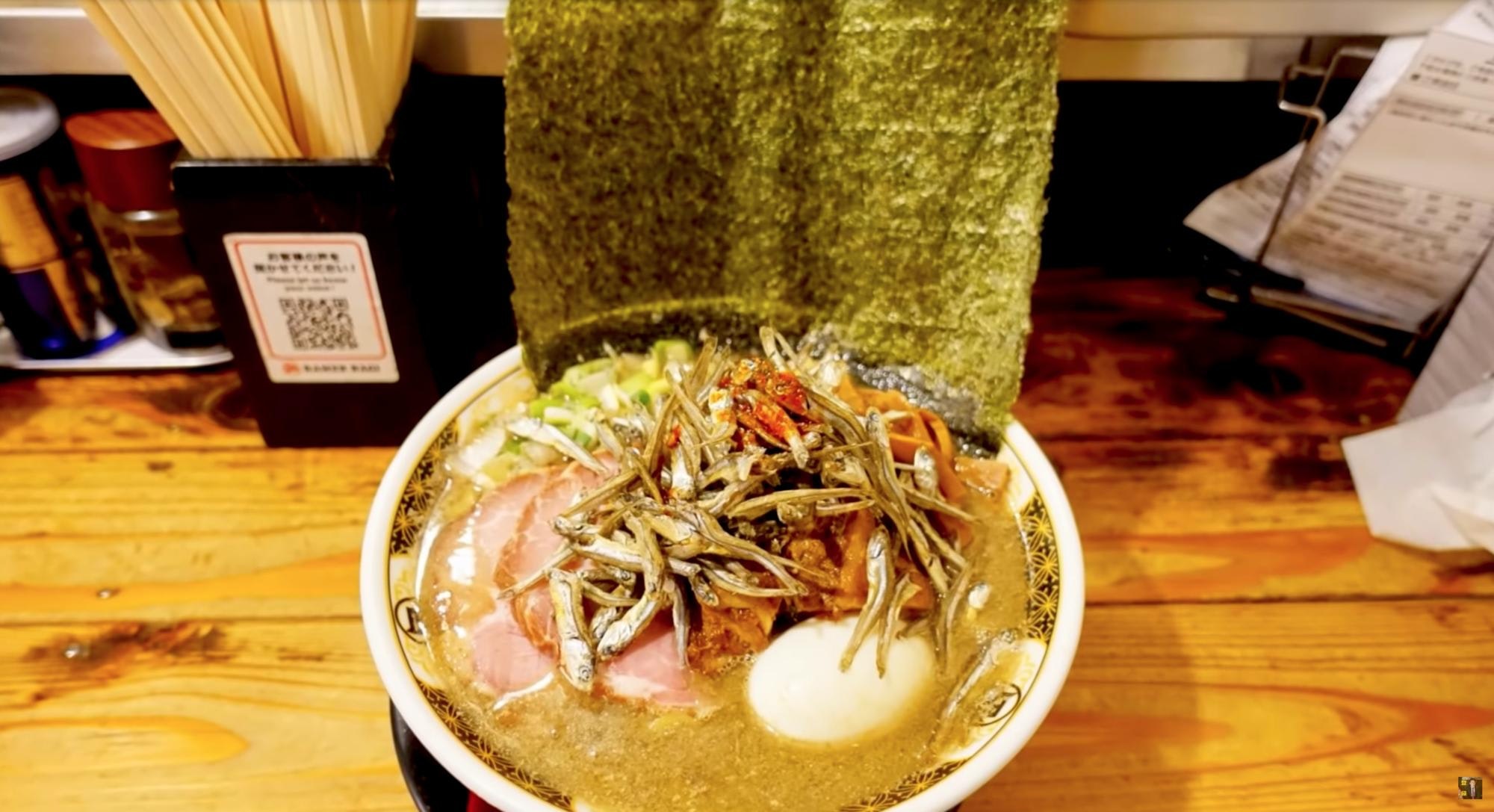 This video introduces the famous ramen shop "Niboshi Ramen Nagi," which is famous for its large amount of niboshi (dried sardines) on top of its noodles.
The shop opened in 2004, and it's no exaggeration to say that they love niboshi more than any other ramen shop in Japan, stocking over 5 tons of niboshi every month.
One of the features of this ramen shop is that they have a special type of ramen called "niboshi-mashi," which adds even more niboshi, just like other ramen shops have extra onions or chashu.

In this video, you can see the ramen with niboshi-mashi Niboshi Ramen Nagi, a delicious niboshi ramen shop that appeals to those who like niboshi, so if you're interested, be sure to check it out.