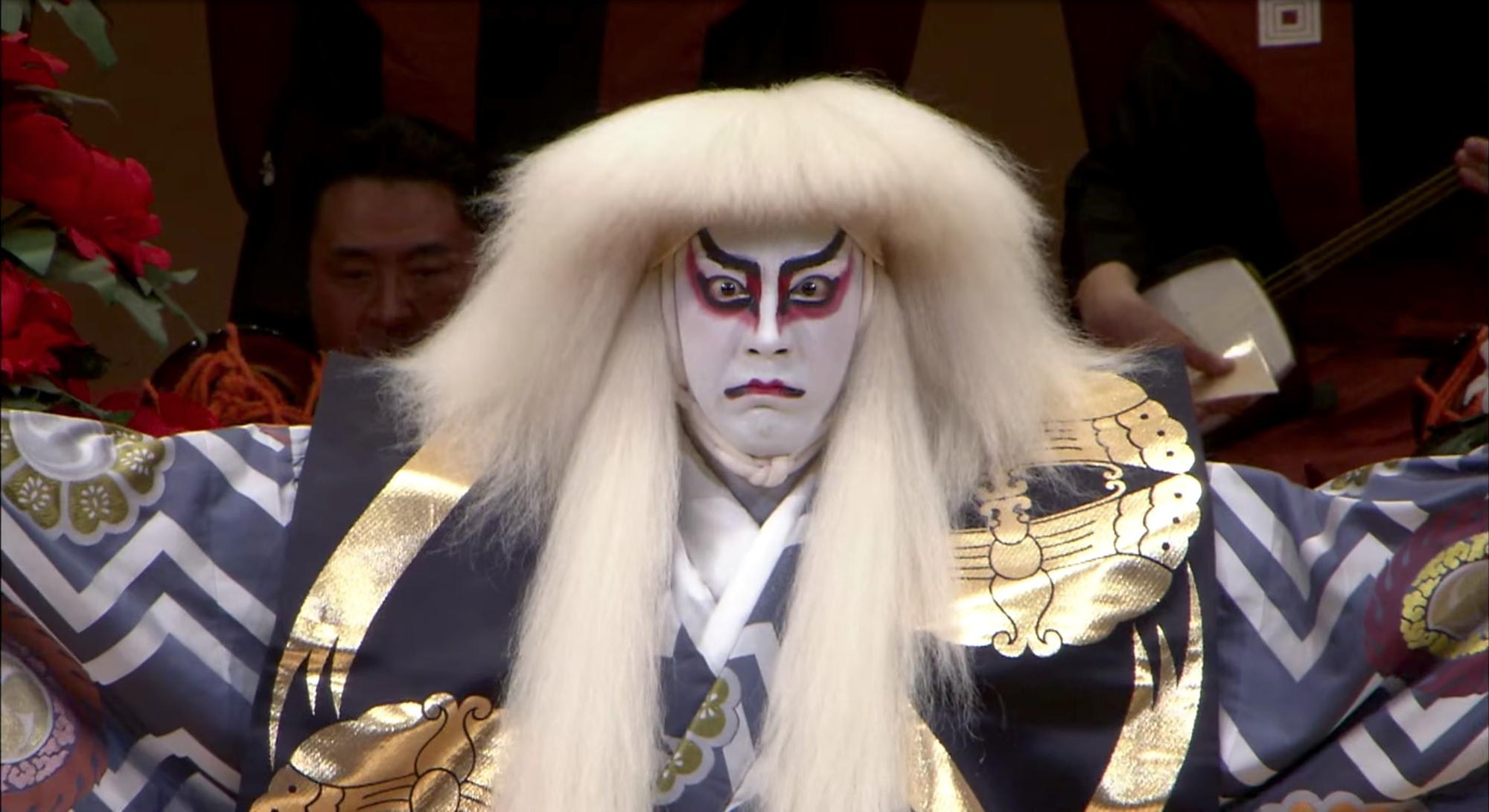 From 0:51 in the video, you can watch an interview with some of the audience members after the performance, and you can feel how much they enjoyed the performance.
We especially recommend this video to people who like Kabuki or are interested in Japanese culture/traditions.

In this article, we'll introduce Ebizo Ichikawa, who had his first overseas performance at the Carnegie Hall in New York, alongside the video.

Who is Ebizo Ichikawa?

Ebizo Ichikawa is one of the most famous Kabuki, movie, and Television actors in Japan. He was born in 1977 in Tokyo as the eldest son of Ebizo Ichikawa X (Ichikawa Danjūrō XII).
He went to Horikoshi high school in Tokyo.

Ebizō is a member of the acting guild Naritaya, and his real name is Takatoshi Horikoshi.
He went by the stage name Shinnosuke Ichikawa VII starting in 1985, but adopted the name Ebizo Ichikawa in 2004, becoming the eleventh Ebizo Ichikawa in history.
He would soon adopt the name Danjūrō, thus becoming Ichikawa Danjūrō XIII. He fathered two children with his late wife Mao Kobayashi. His daughter is Botan Ichikawa IV, and his son is Kangen Horikoshi (soon-to-be Shinnosuke Ichikawa VIII).
Ebizo is also an acclaimed actor as he was cast as the leading role of Miyamoto Musashi in the NHK Taiga drama, Musashi, in 2003.

He is known for being strict on himself when it comes to performing.
He performs on stage twice a day but never misses his daily morning run and nighttime exercises.
You can see his daily life on his Ameba blog, Twitter, and Instagram.
He was also in the NHK Taiga drama "Kirin-ga-kuru," as a voice-over narrator, the drama Hana no Ran, the movie Mugen-no-Junin, and Rikyu-ni-Tazuneyo.

Kabuki actor Ebizo Ichikawa performed Noh, Kyogen, and Kabuki at Carnegie Hall in New York in 2016.
It was a part of the theater project "Grand Japan Theater," which produces performances of Japanese traditional culture.
He performed three programs: "Sanbaso," a Kyogen drama to pray for a good harvest (video 1:26), "Tsuchigumo," depicting the battle between Minamoto no Yorimitsu and the Tsuchigumo spider (dirt spider) (video 1:42), and the popular classical Butoh dance "Shunkyo Kagamijishi" (video 1:56).
Noh and kabuki are two traditional performing arts that have influenced each other for hundreds of years, and this was a rare opportunity to enjoy both at the same time.

Ebizo’s Kabuki performance at the historical stage in New York was a powerful one. You can tell that it won the audiences’s hearts by watching the video.

The video also shows Ebizo’s talk show, held the day before the performance,(0:38), a solo interview where he talks about how he felt in New York, the differences between Japan and America, and how he feels about Kabuki. It’s a must-see video for fans of Ebizo Ichikawa and Kabuki fans in general.

This video introduced Kabuki actor Ebizo Ichikawa XI's powerful Kabuki performance at the Carnegie Hall in New York, as well as interviews with audience members and the talk show with Ebizo himself.
If you're interested in traditional Japanese performing arts, we can't recommend this video enough.

It's a great video that captures Japanese culture being enjoyed on a global scale.