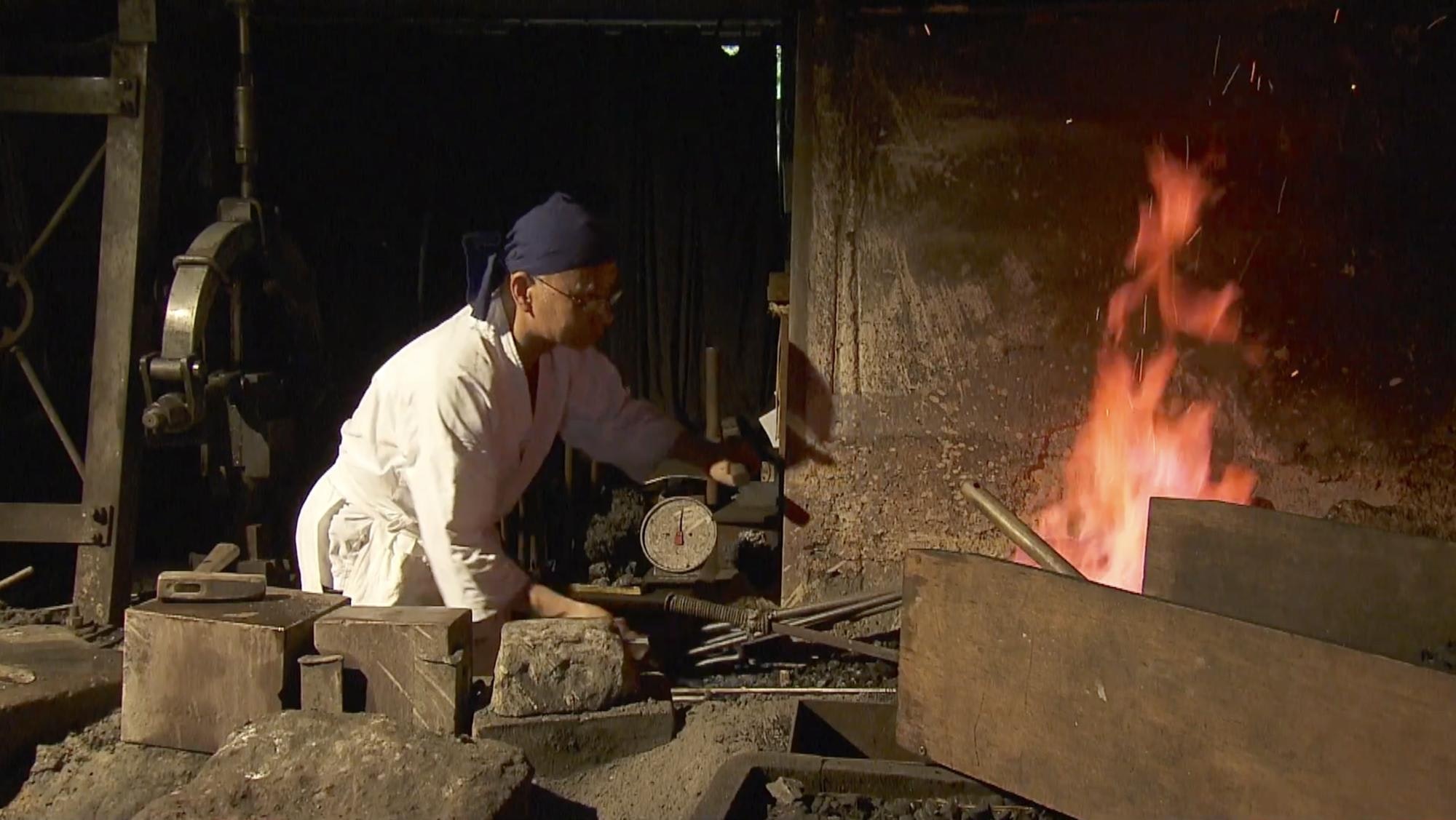 This video, titled "Famous Swords Under the Heavens｜Recreating Dojigiri Yasutsuna and Ishida Masamune! (Tsuyama Yukari’s Sword Reproduction Project Vol.1)" (天下の名刀『童子切安綱』と『石田正宗』を再現！（津山ゆかりの刀剣再現プロジェクトvol.1）), was released by "TsuyamaCityPR."
In recent years, the popularity of swords has suddenly increased, especially among the younger generation in Japan.

Also, beautiful Japanese katana have been attracting a lot of attention from foreign tourists to Japan.
In response to such popularity, the city of Tsuyama in northern Okayama Prefecture commissioned swordsmith Sadanao Mikami to create replicas of famous swords, under a project titled "the Sword Reproduction Project."
In this video, you can see the precious production process of Japanese katana forged by craftsmen.

Dojigiri Yasutsuna is first on the list of the Five Greatest Swords Under the Heavens from around the Muromachi Period (1336-1573) to be called a famous sword.
It's a legendary katana used to defeat the Shuten-doji.
This is explained at 0:26 in the video.
It's said that Dojigiri Yasutsuna was later given to Toyotomi Hideoyshi by Ashikaga Yoshiaki, the Shogun of Ashikaga, and was said to be passed down from Tokugaya Ieyasu to Tokugawa Hidetada.

Dojigiri Yasutsuna and Ishida Masamune, introduced in the video, are famous katana from history that were handed down to the Matsudaira Clan of the Tsuyama Domain, who followed the ways of Yuki Hideyasu, the second son of Tokugawa Ieyasu.
Presently, the national treasure Dojigiri Yasutsuna (blade length 80 cm), which is in the collection of the Tokyo National Museum, is said to have been made by Yasutsuna, a swordsmith of Houki (present-day Tottori), during the Heian Period and is characterized by its blade which looks as though it's shrouded in mist.

Sadanao Mikami the Swordsmith Introduced in the Video

Mikami Sadanao, the advisor of the All Japan Swordsmith Association, is shown at 1:10 in the video.
Sadanao Mikami is a leading master swordsmith, who has created many swords.
Sadanao Mikami uses Tottori’s tamahagane, which is made from iron sand, to make katana with pressed gold and pig iron.
There are several techniques used to forge swords, including "makuri," "kobuse," and "sanmai gitae."

You can see the forging and hitting of the heated red-hot iron from 2:04 in the video and watch as the shape of the Japanese sword is gradually completed.
You can see Dojigiri Yasutsuna completed by the craftsmen from 3:41 in the video.

The replica swords created by Sadanao Mikami have a reputation for being excellent katana.
At the ceremony to unveil the Dojigiri Yasutsuna made by Sadanao Mikami, the sword being handed over to Mayor Taniguchi became widely talked about.

Sadanao Mikami's katana, introduced in the video, was exhibited at the exhibition "100 Famous Swords and the Famous Sword Replica Exhibition" (天華百剣と名刀写し展) at the Tsuyama City Museum and was evaluated as a masterpiece of arts and crafts.
Japanese katana, such as Dojigiri Yasutsuna and Mikazuki Munechika, are weapons that have been used for thousands of years in Japan and are now exhibited in museums as works of art.

There are times when priceless katana are exhibited, so be sure to check exhibit schedules.