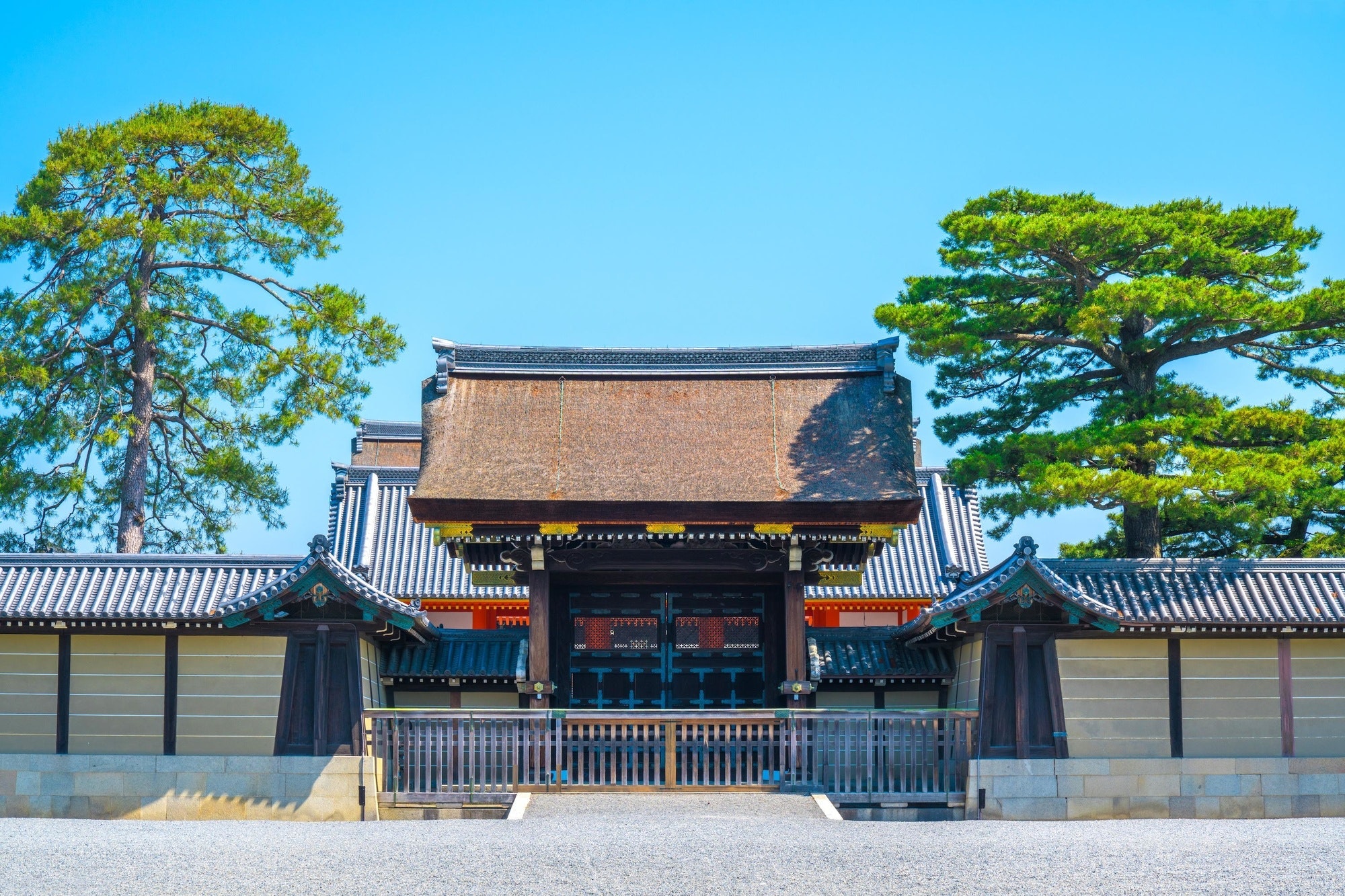 The Kyoto Imperial Palace, introduced in this video, is a valuable building that brings together traditional Japanese culture and the ancient architecture of the Japanese Imperial Court.
It was used as the residence of the Emperor until the Meiji Restoration in 1869.
Today, it is used as the Imperial Palace.

What Kind of Place Is the Kyoto Imperial Palace?

The Kyoto Imperial Palace is a facility related to the Imperial family, located in Kamigyo ward, Kyoto city, Kyoto Prefecture, and is currently managed by the Kyoto Office of the Imperial Household Agency.

It is a building derived from Todo-in Temple, and has been regarded as an Imperial Palace since Emperor Godaigo left Kyoto in 1331 and Emperor Kogon was crowned.
The Imperial Palace was used for 550 years, through the reigns of Oda Nobunaga and Toyotomi Hideyoshi, all the way up to the relocation of the capital to Tokyo by the Emperor Meiji.

Tours and Highlights of the Kyoto Imperial Palace

One of the things you don't want to miss when visiting the Imperial Palace is the gates scattered around the area.
The gates, such as Kenrei Gate, Shuhei Gate, Gishu Gate, Seisho Gate, Kougou Gate, and Empress Gate are all amazing architectural masterpieces.
Be sure to check out buildings such as the Shishinden and the Imperial Throne, as well as places like,Seiryoden, Oninoma, Morotayu, Geisyun, Kogosho, Ongakumonsho, Empress Gojogo, Osannoma, Goryoko.
Also, check out Saruga Tsuji, the demon gate.

In addition to the Kemari garden, the courtyard garden, the pond garden, and the inner court gardens which can be seen at 4:51, you can enjoy the cherry blossoms in full bloom at and around Shin-Mikurumayose shown at 0:40 in the video. Don't forget to take pictures! There's some amazing places that will look great on your Instagram!

Sightseeing Around the Kyoto Imperial Palace!

Kyoto, dating back to the relocation of the Heian capital, is a popular spot visited by many tourists from both Japan and overseas.
After visiting the Kyoto Imperial Palace, stop by the Munakata Shrine and Itsukushima Shrine in Gyoen and ask for your red seal!
If you have time, we definitely recommend visiting the Arashiyama area, Gojo area, Nijo Castle, the Kyoto National Museum, and more.

If you want to enjoy lunch at a cafe or buy souvenirs, we recommend visiting the Kawaramachi area.
There's so many popular sightseeing spots in Kyoto that you probably won't be able to see everything in one day (unless you're running maybe). That being said, we recommend booking a hotel and staying overnight. There's plenty to see so you definitely won't regret it.

You can see the majesty of the Kyoto Imperial Palace, and all of its charms throughout the video, so take your time perusing the sights.

The Kyoto Imperial Palace is normally closed to the public, but by filling out a visitors application you can reserve a visit. There are also public events during spring and autumn, so we recommend visiting Kyoto at this time.
No reservation is required for the general public and no admission fee is required.
A tour around the famous places in Kyoto will be held simultaneously with the opening of the Kyoto Imperial Palace, so think about participating if you're interested.