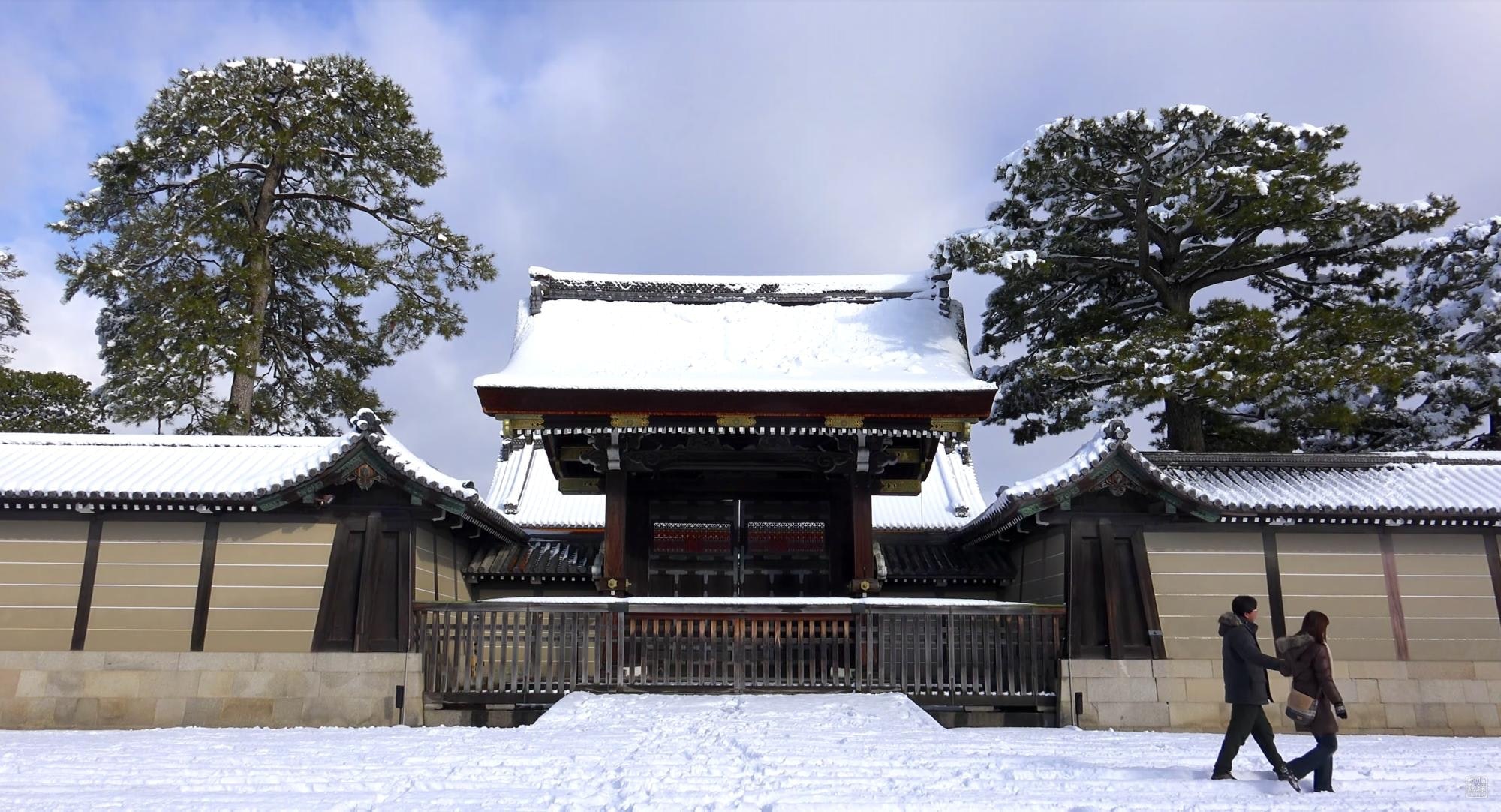 A Beautiful Snowscape of the Kyoto Imperial Palace

The video was shot early in the morning on a winter day with heavy snowfall.
It showcases the glittering snowscape of the Kyoto Imperial Palace, shining under the morning sun.
It's rare to have snow pile up so high in Kyoto, so definitely use this opportunity to take in the rare sight.

Tourist Information and the History of the Kyoto Imperial Palace

The Kyoto Imperial Palace is a facility managed by the Imperial Household Agency's Kyoto Office in Kamigyo Ward, Kyoto City, Kyoto Prefecture in Japan's Kansai region.
The Kyoto Imperial Palace is located almost directly in the center of Kyoto Gyoen National Garden, and was the residence of the emperor when the national capital was changed to Kyoto in 794 during the Heian Period, until the Meiji Restoration (around 1853-1867).
The current building that we see today was built in 1855.
You can see the post-Heian period architectural styles of the Shishinden Hall and Seiryoden Hall, which retain the form of the ancient imperial palace.
Also, Oikeniwa garden is very popular due to its beautiful Japanese strolling garden, and in the inner garden, there is a tea room where you can see an earthen bridge and a stone bridge.

The Kyoto Imperial Palace is open to the public, no reservations are required, and admission is free.
The time in which you can tour the facility differs by season, and it's recommended that you check the Imperial Household Agency website for information regarding holidays, etc.
You can visit freely or participate in the Kyoto Imperial Palace Tour which is held in English, Japanese, and Chinese.
There is also an audio guide app so we recommend using this as well.

The Snowscape of the Kyoto Imperial Palace

From 0:04, the video begins with a scene of Karasuma Dori that runs west of Kyoto Gyoen National Garden.
The Kyoto Imperial Palace is surrounded by a wall and has 6 gates.

The south gate, called Kenrei-mon Gate, is the main gate of the Kyoto Imperial palace and clockwise from there is Gishu-mon Gate, Seisho-mon Gate, and Kogo-mon Gate the west side. Sakuhei-mon Gate sits at the north and at the southeast is Kenshun-mon Gate.
There are also 12 other entrances with no roofs.
You can see the snowscape of Kenrei-mon Gate from 0:45 and 1:50 in the video.

Summary of the Snowscape of the Kyoto Imperial Palace