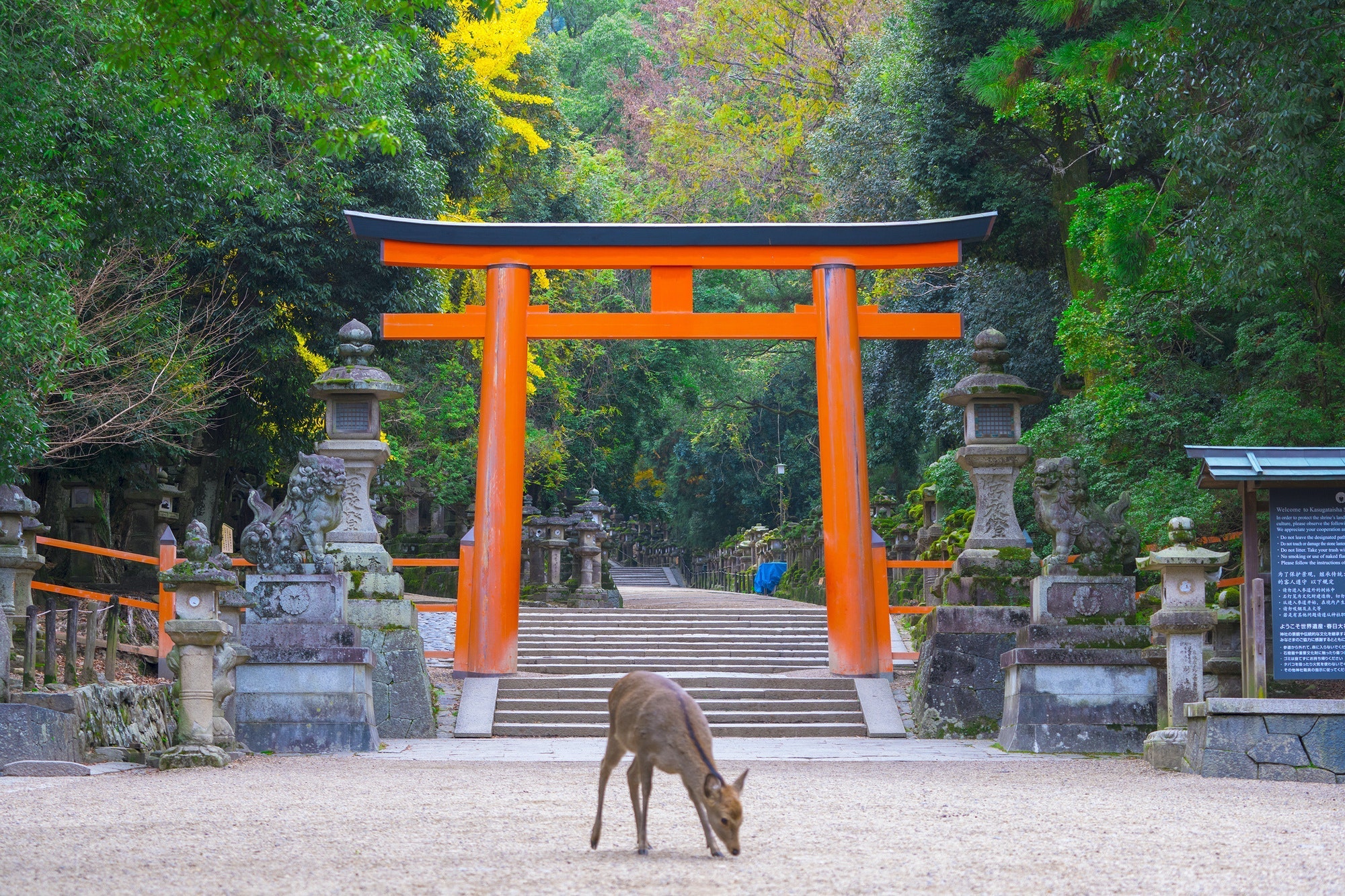 8 Popular Sightseeing Spots in Nara Prefecture, as Shown in the Video

This video, titled "Best 8 things to do in NARA & IKARUGA," was released by "Ikaruga Tourism Association Horyuji i-Center" (斑鳩町観光協会法隆寺iセンター).

Did you know that Nara Prefecture has been rapidly growing in popularity as one of the most popular tourist sites in Japan in recent years?
Nara Prefecture is the site of the Heijo-kyo Capital, which is older than Kyoto, and is dotted with many famous temples and shrines, including Horyuji Temple, Chuguji Temple, Hokiji Temple, Horinji Temple, and Takida Shrine.

In this article we'll introduce 8 popular tourist sites in Ikaruga, a popular destination in Nara.

Todaiji Temple, said to be the world's oldest wooden architecture, is designated as a World Heritage Site, and the surrounding area is full of historical elegance and traditional culture.
The route from Todaiji Temple to Kasuga Taisha Shrine is popular for walks thanks to its rich natural scenery.
This can be seen from 0:14 in the video.

Nara Prefecture's representative sweets and gourmet foods are kuzukiri and kuzumochi made with authentic Yoshino kudzu.
Enjoy traditional Japanese sweets and tea on a break during your stroll?
This can be seen from 0:32 in the video.

Speaking of sake, you may think that many famous sake breweries are in Hokuriku, Tohoku, or around the Seto Inland Sea (瀬戸内海, Setonaikai).
Yet, Yamada Nishiki, one of the principal varieties of sake brewing rice, is actually produced in Nara Prefecture.
There are several unexplored sake breweries in Nara Prefecture that use the exquisite water of Yoshino and Yamada Nishiki to produce excellent sake.
This can be seen from 0:51 in the video.

The Ikaruga area of Nara is rich in greenery with many temples and shrines.
Check out the Townscape of Nishisato for a nice stroll.
This walking route is dotted with places of history and culture, with historical buildings and fancy Japanese-style cafes.
This can be seen from 1:10 in the video.

When it comes to accommodations to fully enjoy Japanese culture, "Ryokan," Japan's traditional inns, are the perfect choice.
For traveling in the historical town of Ikaruga, Nara, Ryokan are highly recommended over hotels.
This can be seen from 1:26 in the video.

Hojicha is becoming more and more popular in cafes and convenience stores today, and it is said that Nara Prefecture is the birthplace of this tea.
Why not try a cup of tea to relieve yourself of fatigue while sightseeing in Nara?
This can be seen from 1:42 in the video.

One of the best things to do when sightseeing in Nara is to enjoy nature.
The Ikaruga area of Nara is blessed with rich nature in all four seasons, and the town itself is like a beautiful nature park.
Just walking around the area you can feel the history, nature, and traditional culture of Japan.
This can be seen from 2:05 in the video.

Speaking of Nara Prefecture, you don't want to miss the deer!
Wild deer show up not only in Nara Park, but throughout the entire area.
Because of this, you can expect to bump into a deer on your way to the park as well!
You'll want to make sure that you approach them gently, as they are designated as a protected species. This can be seen from 2:23 in the video.

It is said that Buddhism was introduced and took root in Japan during the Asuka/Nara periods (around 592-794 A.D.), so the areas around Ikaruga, Nara have many historical heritages, including temples and ancient tombs.

In this article, we introduced information on popular sightseeing spots in the Ikaruga, Nara area alongside the video. Which one attracted you the most?