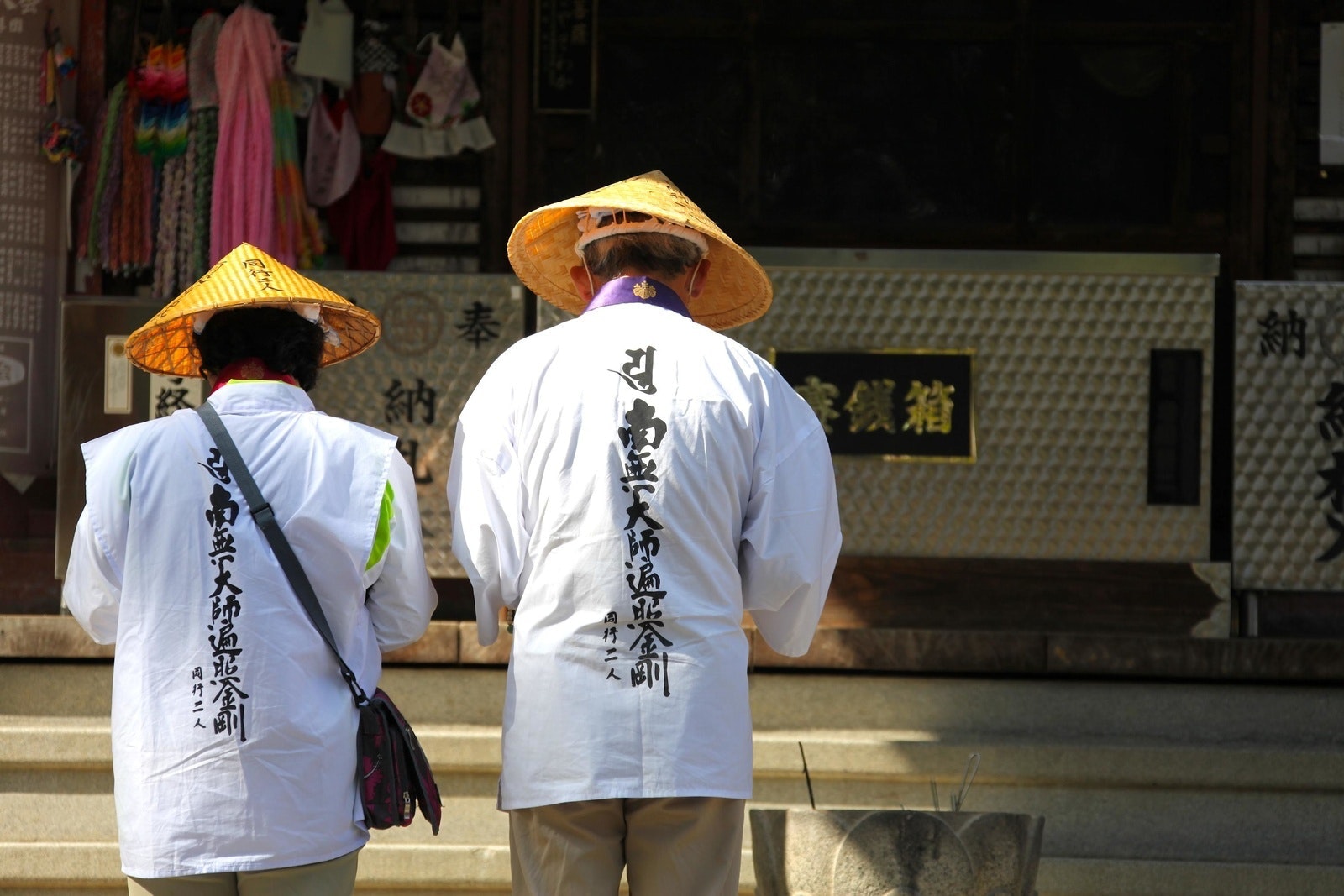 The video "Japan the Beautiful, Shikoku Henro" ([美しき日本] 四国 四国遍路), is about the Shikoku Pilgrimage, also known as Shikoku Henro.

Shikoku Henro is a walking route that takes you to the 88 temples of Shikoku Island, in the four prefectures of Tokushima, Kagawa, Ehime, and Kochi.
This article takes a look at the charms of this ancient route.

The video navigates us through the beautiful landscapes of Shikoku Henro, and the distant view of the mountains, clad in green amongst the blue skies, make viewers feel as if their on the pilgrimage themselves.

What is Shikoku Henro?

Shikoku Henro is a multi-site pilgrimage of 88 temples associated with the Buddhism monk Kukai (Kobo Daishi) on Shikoku Island.
Pilgrims are called "ohenro-san." The pilgrimage was practiced exclusively by ascetic monks until the Edo Period when the teaching of Kukai became widely spread across the country due to infrastructure developments, and commoners subsequently traveled to Shikoku Island to trace the path of Kukai and pray for good health.

The culture of "osettai" by the Shikoku locals to support the safe journeys of ohenro-san by offering meals and shelter, has been maintained for roughly 300 years.
In 2015, Shikoku Henro was added to the Japan Heritage list.
The pilgrimage is quite exhausting due to the mountains and valleys, but it gives you a profound spiritual experience.

You can visit any temple you want, but many people start at Temple 1 and visit them in order.
After offering prayers at a temple, pilgrims receive a red seal stamp (known as Goshuin) in their stamp book.

The motto to symbolize Shikoku Henro is expressed by the word "dogyo ninin" (Traveling together), which means that a pilgrim traveling alone is accompanied in spirit by the monk Kukai at all times.
There exists a custom to visit the mausoleum of Kukai, Koyasan (Mt.Koya) Okunoin Temple in Wakayama Prefecture, after completing the pilgrimage route as well.

Tips for Making the Pilgrimage

Shikoku Henro takes around 50 days on foot.
You can take breaks to go sightseeing or enjoy local dishes.
Staying at local inns, referred to as "henro-yado," also offers a refreshing experience, allowing you to relax and continue the pilgrimage at your own pace.

The video portrays a traveling pilgrim taking steps forward on the route winding through the mountains and valleys.
The natural beauty of Shikoku Henro is breathtaking.

There is no designated clothing that pilgrims must wear, but they are often clad in white robes and a ceremonial stole, a cone-shaped hat to protect them from the sun and rain, and holding a wooden staff which is said to represent the body of Kukai and support the pilgrim along the way.
Wearing the classic pilgrim clothing will help you feel ready for the journey.

Experiencing the pilgrimage will lead you to discoveries that lay deep within the depths of Japanese culture and history.
Tracing the ancient path of the pilgrimage, you may encounter yet undiscovered gems.

Furthermore, the beautiful natural environment and the local custom of selflessly helping and supporting another may also lead to self-discovery and personal growth.