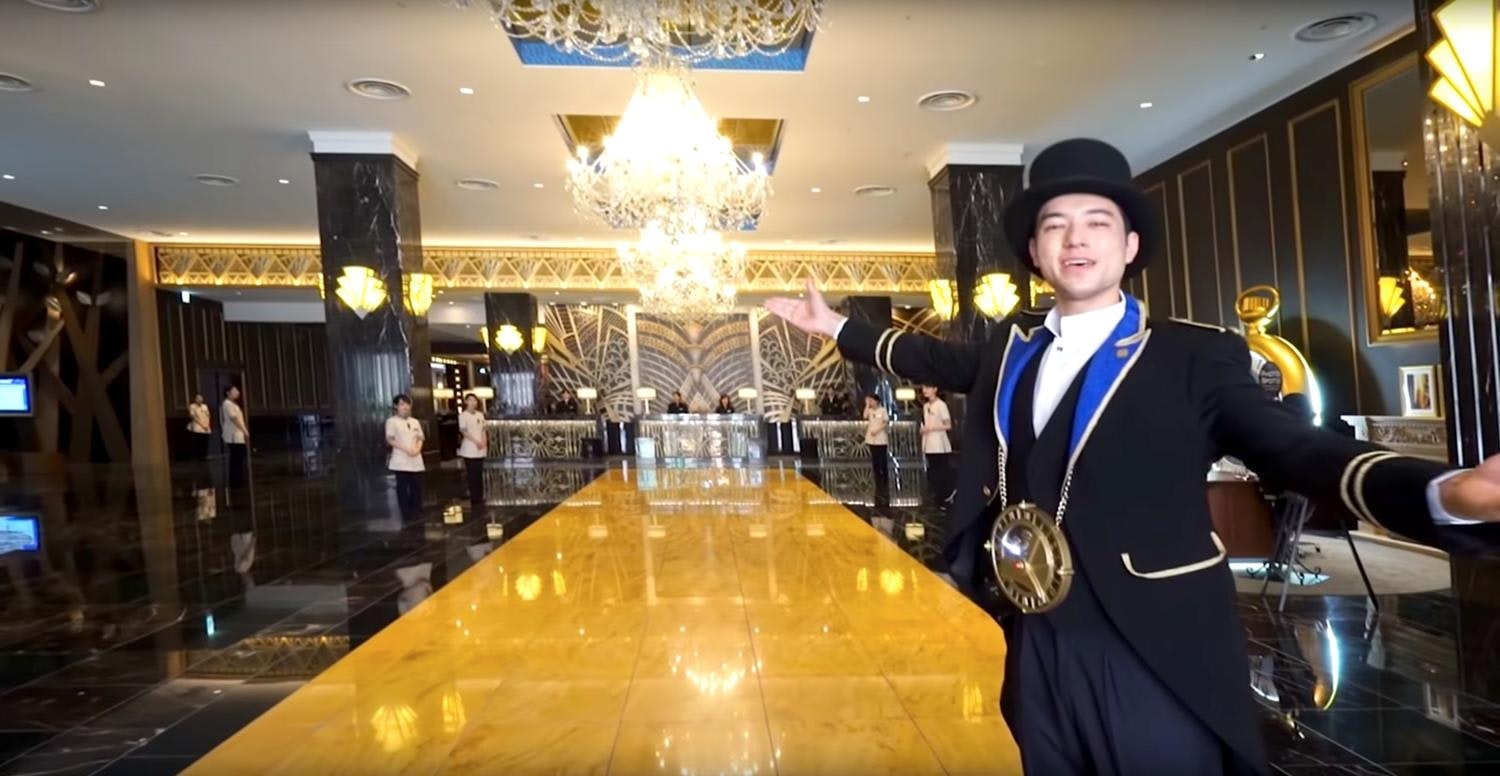 Stay at a Hotel Near Universal Studios Japan!

Universal Studios Japan is a theme park that both children and adults can enjoy, and is one of the top tourist attractions in Japan.

If you want to make the most of your visit to USJ, we recommend booking a stay at the popular Park Front Hotel, located in front of the USJ Main Gate!

This video shows the beautiful interior of The Park Front Hotel.
You'll have an amazing time in the park, feeling as if you were a movie star!
Enjoy the video on The Park Front Hotel which has a superb reputation on hotel and ryokan review and comparison sites.

What Is The Park Front Hotel?

The best thing about staying at The Park Front Hotel is the interior and the services.
The hotel is decorated in a way that makes you feel as if you're in America! The New York Lobby at the main entrance, the Los Angeles Lobby at the park side entrance and the Airport Runway are wonderful spaces that will make you forget you are in Japan.

The elevator hall is also stylishly designed in the image of New York's Times Square. The museum is full of Instagrammable spots!
Take a look at 0:38 in the video to see them. Open the door to your dreams!

The Superior Floor, which offers a wide view of famous landmarks, is also an attractive feature.
The Park Front Hotel offers various room types, such as the Park View Room and Deluxe Room. Take your pick!
The rooms are shown at 3:12 in the video.

If you're planning on dining at The Park Front Hotel, we recommend Buffet Dining Akala.
The restaurant was inspired by Hawaiin cuisine and serves delicious tropical dishes.
It can be seen at 2:26 in the video. A variety of delicious dishes are introduced here.

Summary of The Park Front Hotel

If you're visiting the Universal Studios Japan area, you definitely want to stay at a special place.
By booking a room at The Park Front Hotel, you're guaranteed to have a fantastic, luxurious time.
Check out the video to see the interior of the hotel. You'll be transported to the world of Universal Studios!
Relax and rejuvenate at The Park Front Hotel and prepare for the following day's sightseeing!
Thanks to the hotel's accessibility, you can visit other places nearby, too.