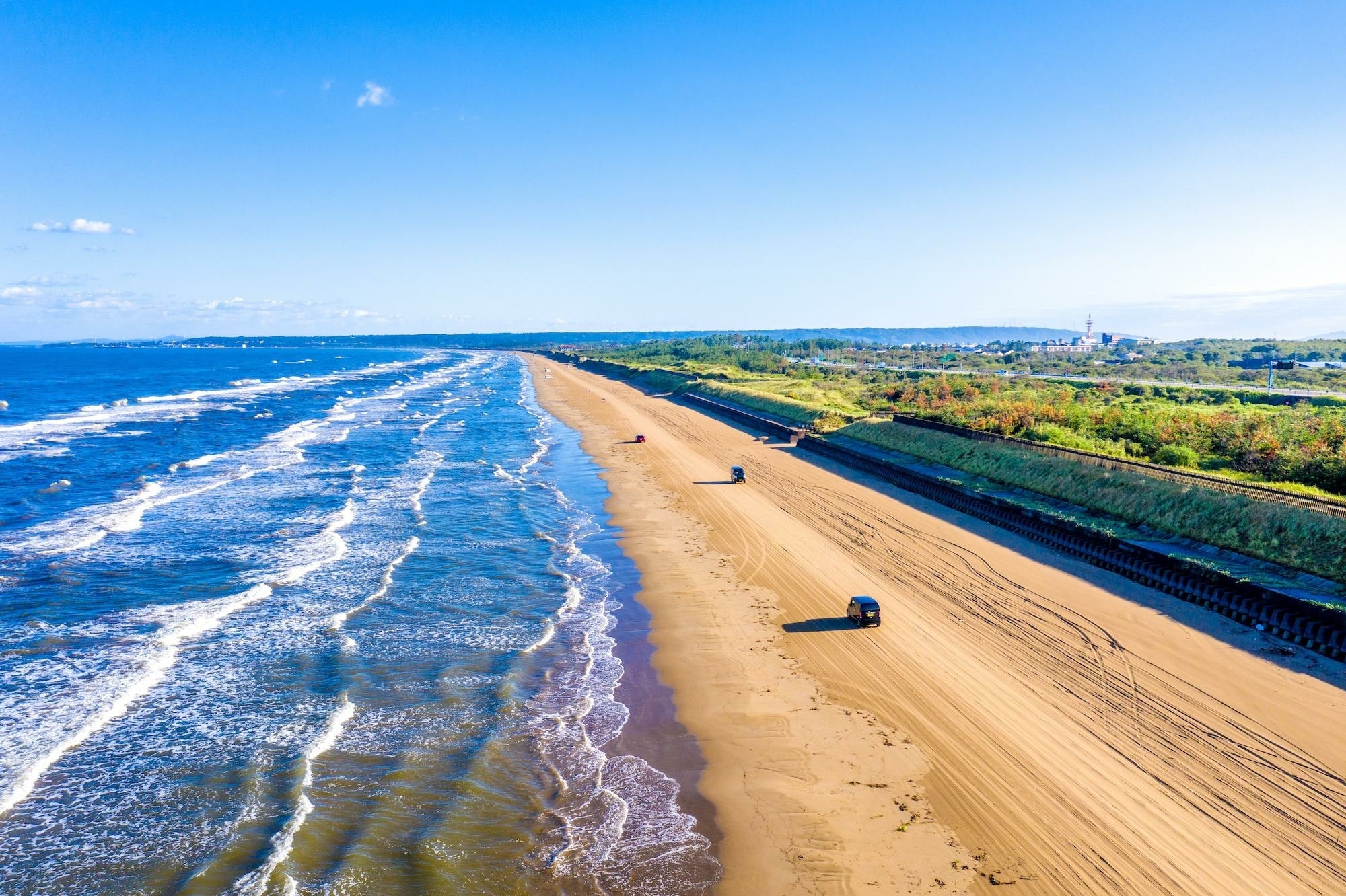 Driving on the Beaches of Chirihama Nagisa Driveway

The magnificent 8-kilometer-long Chirihama Beach is located in Noto Hanto Quasi-National Park on the west coast of the Noto Peninsula. Chirihama Nagisa Driveway is a popular sightseeing spot in Noto where cars and motorcycles can enjoy a ride along the seashore.

Enjoy the blue sea and skies while driving next to the beach as the waves lap against the shore. It's like a scene from a movie. Which is why it's no surprise that Chirihama Nagisa Driveway was selected as the No. 1 beach in Japan in "Travelers' Choice World's Best Beaches 2016."
You can also capture Instagram-worthy photos and videos when visiting.

One of the most enjoyable parts of traveling is the food you can find at different cafes, and restaurants.
The Noto-Chirihama Resthouse is a great place to grab a bite to eat and look for souvenirs. It's located at the end of Chirihama Nagisa Driveway. The wooden deck overlooking the Sea of Japan offers a sense of freedom and a spectacular view of the sunset that's sure to look great on Instagram.

The café, which is produced by SSTR, Japan's largest touring event, offers fresh seafood grilled on the beach. It's popular among motorcycle enthusiasts as well as general tourists. Furthermore, with a space for selling souvenirs and a coworking space, this spot is used for a wide range of purposes from sightseeing to business.

We also recommend Roadside Station Noto Chirihama, located near the Chirihama Nagisa Driveway. In addition to lunch, a café, and souvenirs, visitors can enjoy a footbath here as well. In the information space, you can also watch the driveway on a live camera.
There are also facilities available for you to wash your tires after a drive along the beach.

Chirihama Nagisa Driveway is essentially a tourist road that can be accessed by private cars, rental cars (some companies prohibit the use of rental cars due to erosion concerns), motorcycles, bicycles, buses, etc. It is open 24 hours a day, and there is no fee.
However, please note that the road will be closed when it is deemed unsafe to dive on, such as when waves are high. For access information, call the Ishikawa Hakui Public Works Office (Japanese only) or check Ishikawa Michi Information Network (Japanese only).