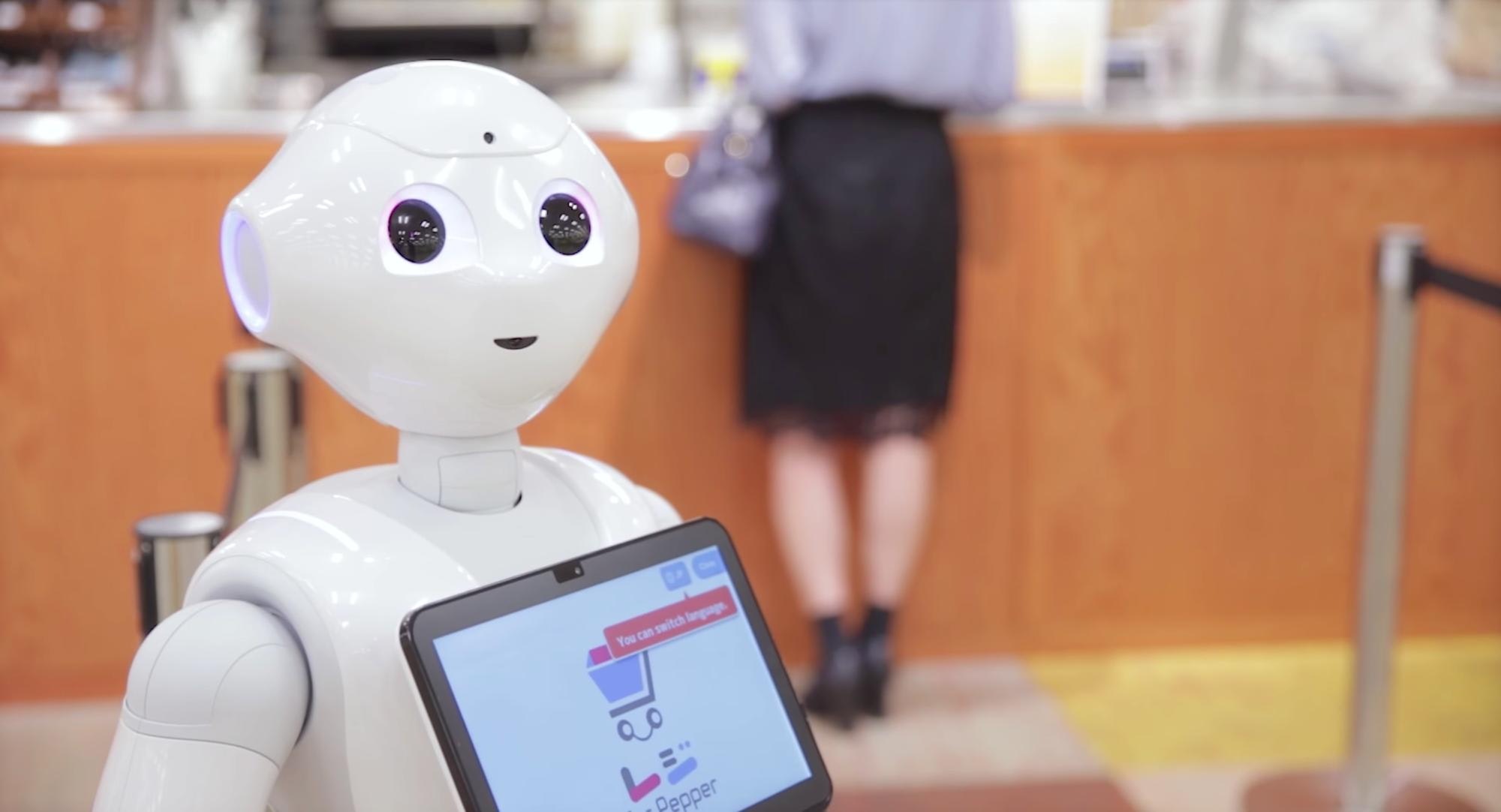 The Cashier "Pepper" by "Pepper"

The video shows how Pepper is used to automate tasks, such as customer service, product ordering and accounting in the store.
"Cashier for Pepper" is a solution in which all customer service is handled by a service robot.

What Kind of Robot Is Pepper?

Some of you may have seen Pepper or had conversations with him at smartphone shops or restaurants in Japan.

Pepper is a humanoid robot developed in 2014 that can recognize emotion.
The emotion-recognizing personal robot is powered by an emotion engine and cloud AI, which allows it to make flexible decisions based on the situation.
Pepper performs a series of necessary operations, such as customer service and accounting at stores.

Features of "Cashier for Pepper"

"Cashier for Pepper," shown in the video, is a full-scale, self-checkout system, that performs a series of operations related to product purchases.
Pepper is a service robot that can attract customers, recommend products (with a recommended "Plus One" feature"), select menus, and print order sheets on a tablet all at in one. Some of these features can be seen at 1:13 in the video.

As shown at 1:31 in the video, Pepper also has the ability to select a payment method, allowing customers to pay with an IC card.
Pepper's payment terminal is linked to the POS system, so it can handle a wide range of payment types, including QR payments and electronic money payments.
"Cashier for Pepper" also includes a customer registration with Pepper's facial recognition system, order history check, and inbound functions in Japanese, English, and Chinese.
This is explained at 2:45 in the video.

Summary of "Cashier for Pepper"

In recent years, due to a decline in the number of workers, the shortage of cashiers has become a major problem in Japan.
"Cashier for Pepper" has the potential to be the cashier of the future.
If you'd like to implement "Cashier for Pepper" as a staff member to reinvent your store, you can start by checking out Pepper's features and pricing on their website.