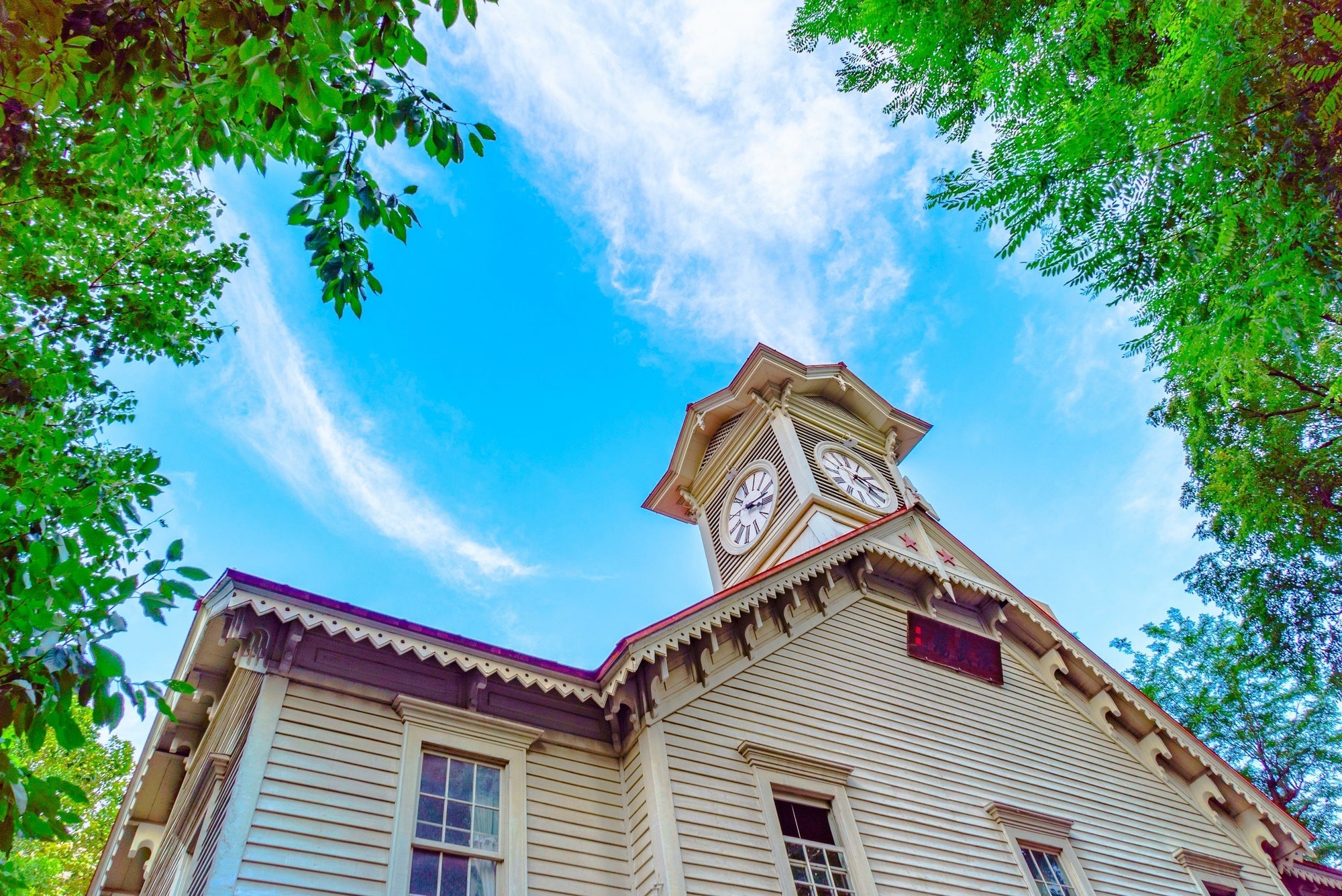 What Is the Sapporo Clock Tower?

The Sapporo Clock Tower is a historical building built in 1876 as the former Sapporo Agricultural College's (currently Hokkaido University) martial arts dojo (enbujo).
As you can see from 1:50 in the video, the signboard that says "enbujo" is still there.

More About the Sapporo Clock Tower

Additionally, from 4:11 in the video, you can see a reproduction of the auditorium on the second floor of the Sapporo Clock Tower and the inner workings of the clock.

In the vicinity of the Clock Tower in Sapporo City, you can see the Former Hokkaido Government Office Building (Red Brick Office Building), and also Hokkaido University, known for the famous words of Dr. Clark, the first vice principal of the university, who said "Boys, be ambitious!"
The former Sapporo Agricultural College's dojo was constructed based on the concept that Dr. Clark produced, and in 2017, a statue of Dr. Clark was installed in the Sapporo Clock Tower.

You can also enjoy other local delicacies in Sapporo, such as ramen and seafood bowls.
There are also many places where you can buy souvenirs nearby.
The Sapporo Clock Tower also hosts concerts and events, so be sure to check out their schedule when visiting.

Summary of the Sapporo Clock Tower

Unfortunately, the Sapporo Clock Tower is surrounded by buildings and is unfortunately one of the "three most disappointing spots in Japan" due to its less-than-ideal view.
However, if you actually visit and tour the museum, you'll be able to enjoy a facility that gives you a sense of Japan's history and culture.
If you're looking for places in Hokkaido that are perfect for your Instagram, Sapporo Clock Tower is the place to go!