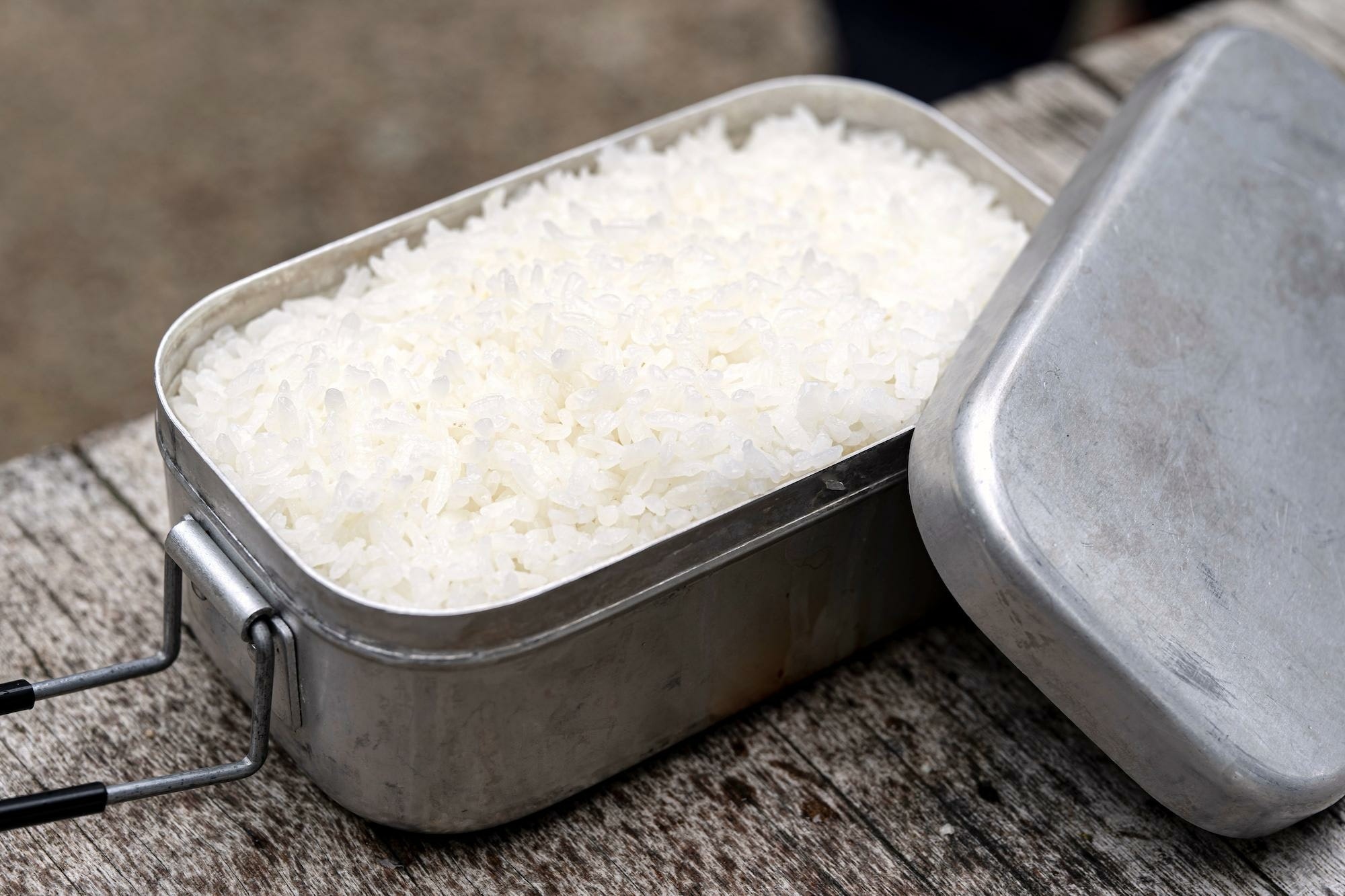 The Basics of Camp Cooking in Japan: Rice

Rice, the staple food of the Japanese people, is also popular when camping. In this article, we'll introduce a video how to cook rice using a mess tin. Learn about mistakes advanced campers have already made so you can avoid making them yourself!

This video, titled "[Mess Tins] Tips to Avoid Mistakes When Cooking Rice" (【メスティン】メスティン自動炊飯で失敗しないポイントとは), was uploaded by "Second Lieutenant Nya [Demoted to Rave Reviews]" (ニャア少尉【絶賛降格中】). The video introduces how to cook rice without fail using a mess tin. It's a must-see for outdoor and camping beginners in Japan, as well as for those who have never successfully cooked rice with a mess tin. Check it out!

A mess tin is a piece of cookware used during camping and backpacking. Shaped like a lunch box with a handle, they're made of aluminum for high heat conduction and can be heated with a single burner. They're also compact and easy to store.

They can be used for smoking foods, pasta, and even arranged recipes using cooked rice and bread. They're a popular cooking utensil for outdoor enthusiasts with a variety of cooking methods, such as simmering, steaming, baking, etc.
The first time you use a mess tin, it's recommended that you file and deburr it, as they can have rough spots on them. Some campers also recommend seasoning to prevent burning and other problems.

6 Tips for Cooking With a Mess Tin

The video explains 6 tips to avoid mistakes when using a mess tin for outdoor cooking and camping. Let's take a look!

・Allow Water to Permeate the Rice Thoroughly
After washing your rice, you'll want to soak the rice in water for at least 30 minutes during summer and 1 to 2 hours in winter in order to allow the water to penetrate the rice.
[Video] 0:48 - Preparing the rice

・Next is the water. Be careful with the amount of water so that your rice isn't hard when you're finished cooking. In the video, water is added until the middle of the rivet of the mess tin for 1 cup of rice, but note that the height differs by manufacturer.
[Video] 1:54 - Adding water

・Use a Wind Screen
Fourth, use a windbreak to keep the heat and temperature consistent. The wind outside can make it difficult for the fire to reach the mess tin, resulting in uneven cooking, so be sure to use a wind screen.
[Video] 2:24 - Wind screen

・Place a Weight on Top of the Mess Tin Lid
The lid may come off when the pressure inside the mess tin rises. It's recommended that you put a weight on the lid to prevent it from coming off.
[Video] 2:41 - Weights

▪ Steaming
Remove from heat once steam starts to spill out or there's any bubbling sounds. To prevent the temperature from dropping too low, place the rice in a temperature retaining bag and let it steam for 10 minutes to make it fluffy and delicious.
[Video] 3:52 - Steaming

Warming Up Canned Goods With a Mess Tin!

Summary of Mess Tins for the Outdoors & Camping

In this article, we introduced a video of how to cook with a mess tin. A mess tin is a cooker that is handy for outdoor cooking, such as when camping, because it allows for easy outdoor cooking due to its versatility. Whether you're cooking with a mess tin for the first time or have used a mess tin before but experienced some failures, be sure to refer to this video to make some delicious rice!