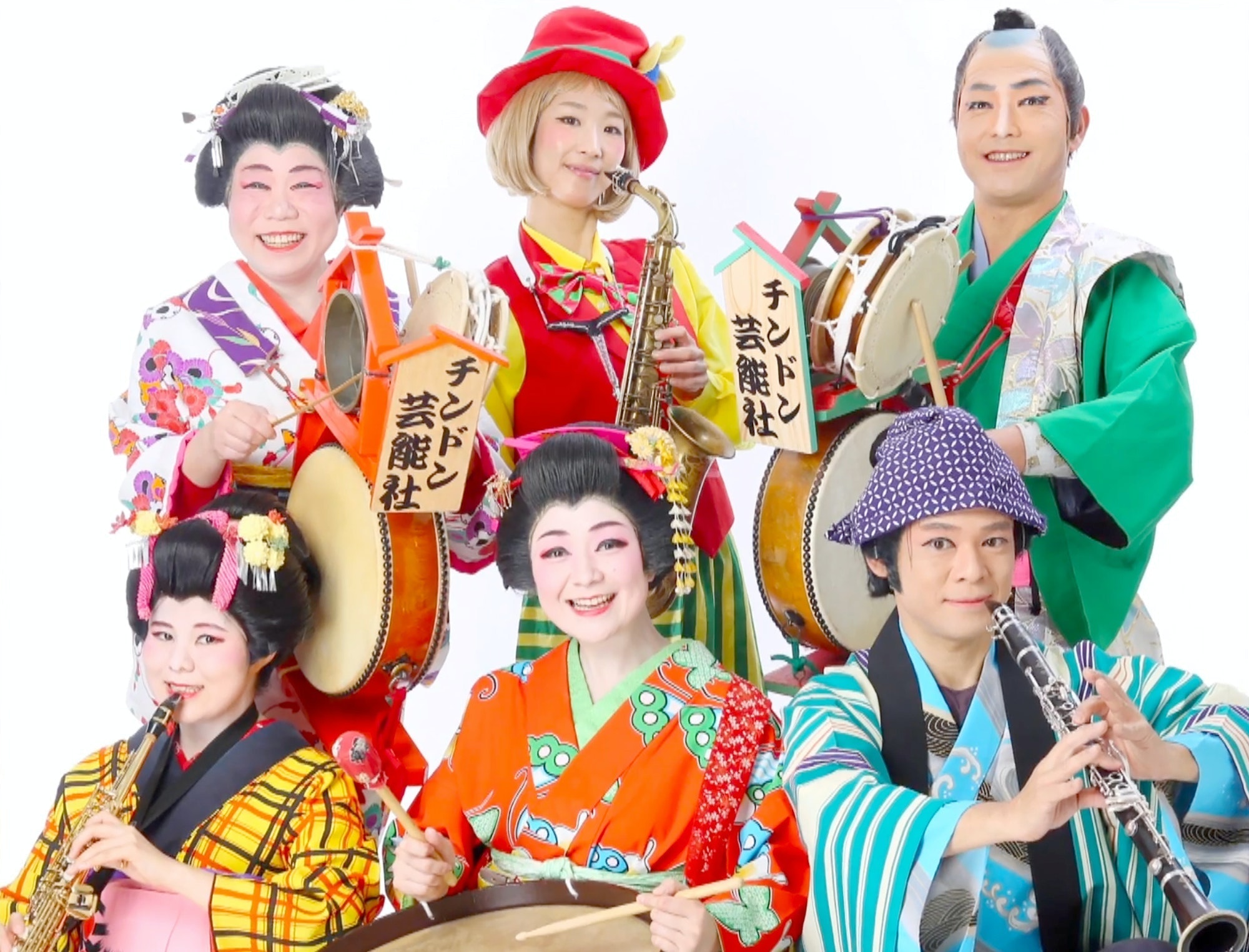 This video, titled "Chindon'ya - A Walking Advertisement in the City -," was released by "Japan Video Topics - Japanese."

A Chindon'ya is a marching band type advertisement performed while walking around.
They attract attention by dressing in unique, colorful Japanese-style costumes and playing a musical instrument called a "chindon drum."
It's a type of Japanese advertising business referred to as "walking advertisements."

The History of Japan's Chindon'ya

However, in recent years, the charm of Chindon'ya's communication through live performance has been seen as refreshing and it has been regaining popularity.

The Chindon'ya Performance in the Video

The main purpose of a Chindon'ya is to attract customers to the areas and stores designated by the client by walking around the city in unique costumes and doing taiko drum performances and more.
In addition to that, they help promote products by giving out fliers, etc. with special deals on them.

The general composition of a Chindon'ya is 3 to 5 people, with a chindon taiko drummer, a bandsman, and a "Goros" (Large Taiko) at the center, to which the flag holder and person handing out fliers are added.

In addition to advertisement messages and musical performances, they also perform skits, and the charm and strength of Chindon'ya is that the band will change how it advertises based on the client's wishes.

The Flashiest Advertisement in Japan!? The Charm of Chindon'ya

The charm of Chindon'ya is that it can deliver the client's message directly and receive the honest feelings of the people who hear it.
The smiles received for their performance, as well as the smiles they get from communicating with the audience, all make their work more rewarding.

At 1:19 in the video, you can see an interview with a couple who became captivated by the charm of the Chindon'ya and quit their jobs to become Chindon'ya artists. It's very interesting so be sure to check it out.

Even if it is the same advertisement, the impression and meaning from the Chindon'ya is different than that of paper media.
That's the advantage of the Chindon'ya.
At 2:24 in the video, a shop that asked a Chindon'ya to advertise is shown, and the Chindon'ya says that it's "A wonderful encounter that happens once in a lifetime."

Summary of Japan's Chindon'ya, the Flashiest Advertisement in Japan!

Chindon'ya are constantly refining their music, advertisement messages, and performances to attract as many people as possible.
The number of active Chindon'ya performers has decreased immensely, but lately more and more people are coming to understand the refreshing appeal of direct marketing and the demand for Chindon'ya is increasing.

The roots of Chindon'ya trace back to the candy seller "Amekatsu," which existed in the Edo period (1603-1868 AD).
In order to attract more customers they started Chindon'ya performances.

There are many things that change with time, but the excitement of Chindon'ya is one thing that has remained the same over the years.
Be sure to check out the video to see the Chindon'ya performance; it's something you won't find often even if you actively search for it.